Founder's Weekly 16th July 2021: Sexist Siri and the gender-bias war, women in medicine earn up to 170% less than men & calls for parliamentary code of conduct. 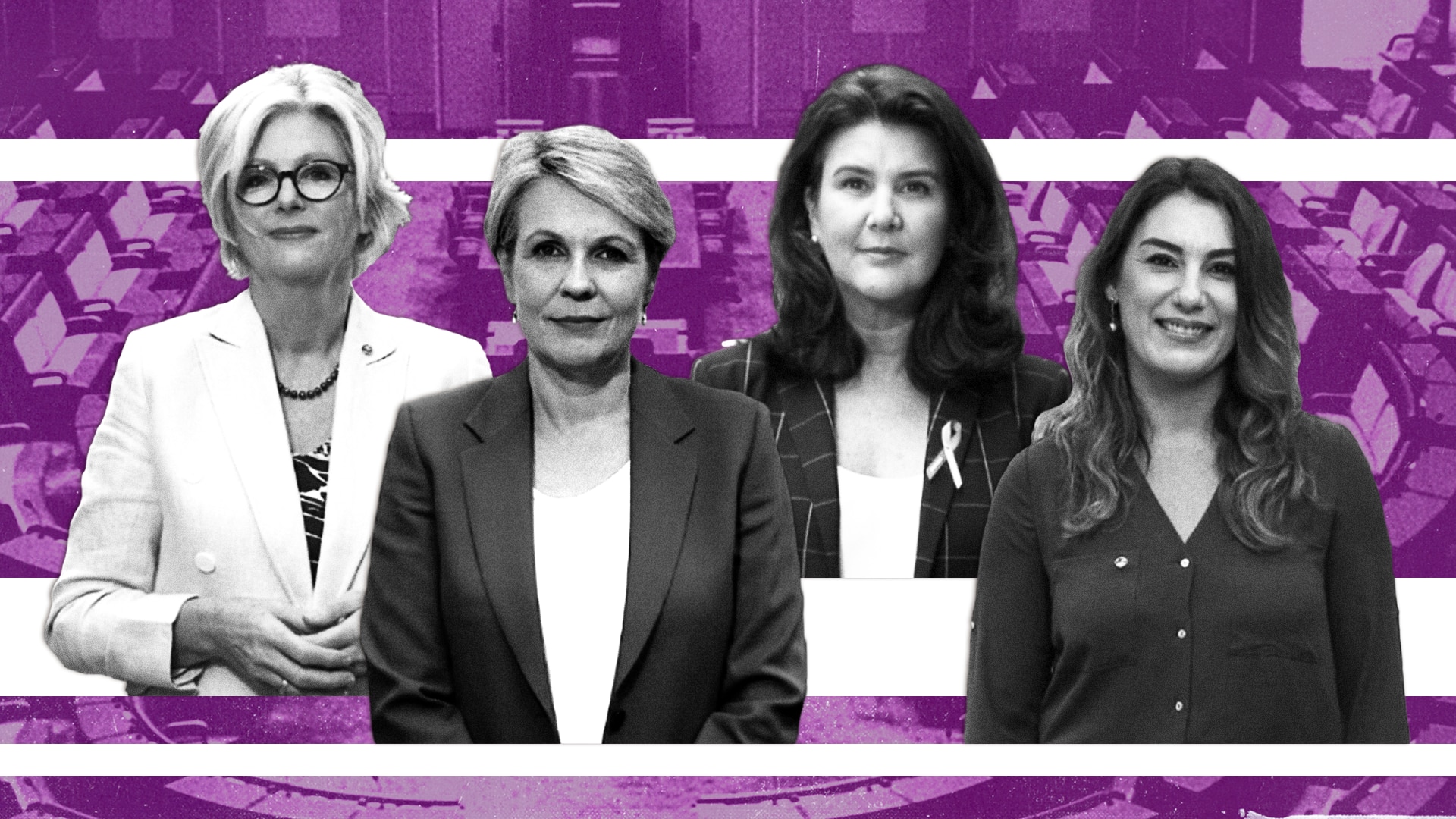 Women performing the same jobs as men in the health industry deserve to be paid equally, but the gender pay gap remains a gaping chasm in Australia

We can’t urge you all enough to look after yourselves mentally, physically and emotionally as we face the COVID-19 Delta variant outbreak.

Women often shoulder the majority of added family responsibilities during lockdowns, with experts speculating that the burden of childcare and family care may have fallen more heavily on female workers in the past year, prompting many to leave the workforce.

This week we explore how the gender pay gap and bias in artificial intelligence is contributing to sexist stereotypes. Plus, Greens Senator Larissa Waters reveals that Parliament’s “toxic boys club" is getting worse rather than better.

And we’re with Larissa – enough with pale, male and stale decision makers. It’s time for more diversity and levity in leadership, don’t you agree?

Apple’s virtual assistant Siri no longer defaults to a female voice when using American English, following accusations that it was encouraging gender bias in artificial intelligence.

Since March, when Apple released the iOs 14.5 beta update to its operating system, users have been able to choose between two male and two female voices when enabling the voice assistant.

Apple introduced Siri in 2011, with its name being Norwegian for "beautiful woman who leads you to victory". Although, in recent times it has been rebranded as “Speech Interpretation and Recognition Interface”.

In 2019, a UNESCO study found that digital assistants that reply in a woman's voice and are styled as female helpers are reinforcing sexist stereotypes.

The study highlighted that Siri was previously programmed to respond to users calling her a "bitch" by saying "I'd blush if I could". Inappropriate Siri phrases have also been documented by hundreds of YouTube videos, with titles such as “Things You Should NEVER Ask SIRI”.

"Siri's submissiveness in the face of gender abuse – and the servility expressed by so many other digital assistants projected as young women – provides a powerful illustration of gender biases coded into technology products," the researchers said.

While Apple now offers male and female voices, The Conversation asked this week “is this a win for feminism?”

The authors believe it is a small step in the right direction, but suggest using a gender-neutral voice, such as the one released in 2019 by a group led by Copenhagen Pride, could be more productive.

They say changing Siri’s voice doesn’t address issues related to biased language models and note that the move doesn’t address hiring bias at Apple, where women only make up 26% of leadership roles in research and development.

“If Apple is going to continue quietly removing gender bias from Siri, there is still quite a bit of work to do,” the authors note. “Rather than making small and gradual changes, Apple should take the issue of gender discrimination head on and distinguish itself as a leader.”

In a world increasingly crowded with AI technology, the teams behind  it’s existence need to create more gender-balanced and equitable AI personas. The multi-faceted nature of AI simply cannot keep adding to stereotypical depictions of gender as we all push to create a more equal world.

Male doctors & nurses are being paid more than women.

A study by JAMA Internal Medicine has found that gender pay gap persists in healthcare, despite women making up the majority of medical graduates.

Researchers from the Perelman School of Medicine at the University of Pennsylvania and the Duke University Medical Center analysed academic physician salaries from the 2018 to 2019 Association of American Medical Colleges (AAMC) Faculty Salary Report from 154 medical schools.

In general, the median annual salary for women providers was lower across all faculty ranks. Women were paid at least 90% of men’s median annual salary for 10 of 13 internal medicine specialties, according to the study. The three exceptions were cardiology, gastroenterology, and critical/intensive care, which all demonstrated the largest gender pay disparities by both representation of women in the field and salary.

An absolute difference of $25,000 was reported at all ranks except for Chief.“

[T]hese findings emphasise that eliminating persistent salary disparities requires an increased, concerted, multi-pronged effort,” the researchers said. “Recruiting and retaining women in all specialties and subspecialties should be prioritised.”

They called for a culture change within procedural-based fields, including adding more women role models, breaking down the “macho” culture and providing more predictable schedules.

We wish we could report that the situation is better in Australia, but recent Australian Taxation Office data shows our pay gap is even wider. Last month, the ATO released the latest taxation statistics based on the tax returns of 14.7 million Australians for 2018-19. They showed, for example, that male cardiologists had an average taxable income of $506,930, while female cardiologists only earned $292,831.

Women performing the same jobs as men in the health industry should be paid equally and not be disparaged on the basis of their gender. We join with the AMA in calling on Governments, medical administrators, medical schools and Colleges, and the profession as a whole to take urgent action to address barriers to gender equity in medicine, and progress female doctors and medical students into leadership roles. It’s 2021, why do we still need to have these conversations? We need action.

Calls for deadly abortion laws to be abolished in Ecuador

Human Rights Watch (HRW) has found strict abortion laws in Ecuador are putting the lives and health of women and girls – particularly those from poorer backgrounds – at risk.

Abortion is illegal in the South American country and carries a sentence of up to two years in prison, while doctors who perform abortions can face up to three years behind bars.

Abortion is only legally permitted in cases where the pregnant person’s life or health is in danger, or when a pregnant person has been raped, according to a recent ruling from the Ecuadorian Constitutional Court, which has extended the rape exception to all pregnant people and not only to those with an intellectual disability.

Human Rights Watch notes: “Pregnant people face many barriers to accessing legal abortion and post-abortion care. The barriers include fear of criminal prosecution, stigmatization, mistreatment by health professionals, and a narrow interpretation of the health exception.”

The latest available statistics from the National Statistical Institute (Instituto Nacional de Estadísticas y Censos-INEC), in 2019 show there were 911 cases in which an abortion was determined to be legally permitted, but an astounding estimated annual average of 33,340 abortions required treatment in health facilities, despite the patients being at risk of criminal prosecution.

In 2017, the country’s health ministry reported that 15.6% of maternal deaths were due to clandestine abortions, with a growing number of women and girls using the drug Misoprostol, which is used to treat stomach ulcers and causes abortion by inducing labour.

HRW reviewed 148 abortion cases between 2009 and 2019. It found 120 women and girls were prosecuted – the majority of indigenous or Afro-Ecuadorian descent – including 33 who served time in prison. About 12% were girls under the age of 18 – and they almost always lived in poverty.

We have to agree with HRW - the criminalisation of abortion violates women and girls’ human rights under international law, including the rights to life, physical integrity and health; freedom from torture, cruel, inhuman or degrading treatment; equality and nondiscrimination; privacy; liberty; and freedom from violence.

Women in Australian politics are collaborating on a code of conduct to create a safer and more equal workplace.

The event brought them together academics and political staffers to look at establishing a model of conduct for Australia’s parliament.

“It is still a boys club. Having more women is going to change that but the culture needs to change,” she said.

Waters also described the culture as "a bit of toxic boys club" and said it was getting worse rather than better.

"Those in power are often pale, male and stale and there are not enough women at the decision making table," she said.

“We need a code of conduct that applies to all parliamentarians and their senior staff that addresses not just sexual harassment and bullying [but] the full gambit of expectations that the public have.”

The Centre for Public Integrity agrees. Its executive director Han Aulby says Australia “urgently needs a code of conduct” for MPs and their staff.

“Nurses, teachers, and public servants are bound by codes of conduct. Why do we give our elected representatives a free pass to behave as they please?” Aulby notes.

“The code must follow examples set by the UK and Canada. It must be independently enforced, combine broad principles and specific rules, and include policies on bullying and sexual misconduct.”

We’re highly anticipating this new proposal because a ‘toxic boys club’ is quite frankly an outdated attempt at misogyny. It’s time for our boys to grow up.

Until next week, stay safe and keep on,