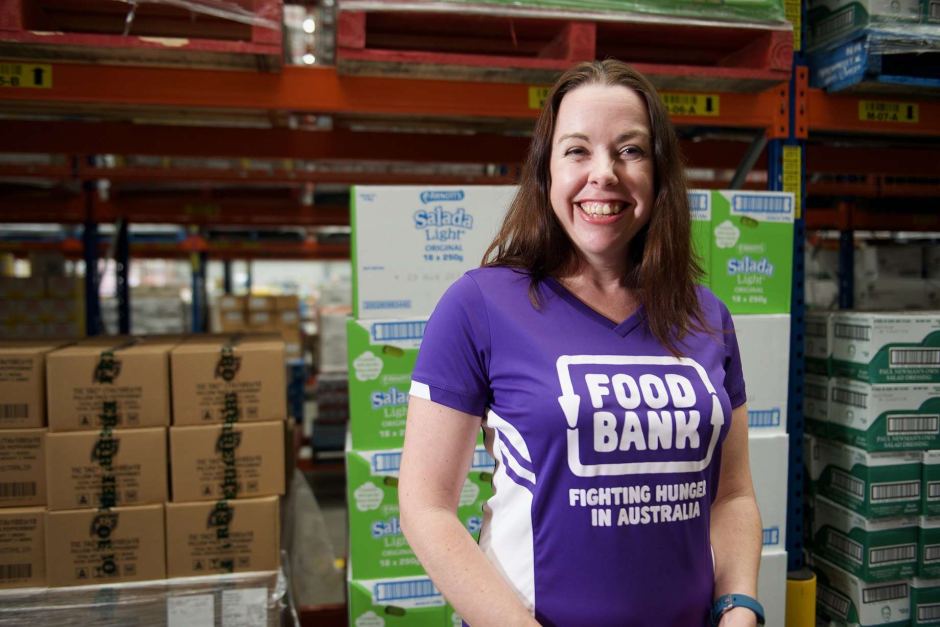 This week, we’ll be celebrating the exciting news of Lidia Thorpe as Canberra’s first female Aboriginal Senator and Brianna Casey – the CEO of Foodbank. We’ll also be looking at the latest stats on pay gaps which show female CEOs of not-for-profits experience earning significantly less than their male counterparts, as well as the abysmal state of pay amongst Trump’s staffers.

So let's get stuck into it!

Correction on last week’s wrap: We’d like to issue a small correction and apology for last week’s wrap. In the wrap, we stated that “Currently in Australia, Dads and partners get zero paid parental leave. Mums can transfer a portion of the 26 weeks of leave to their partner”. This is incorrect and only applies to New Zealand. In Australia, eligible working dads and partners (including same-sex partners) get two weeks leave paid at the National Minimum Wage. Thank you for your kindness and understanding.

This proud Gunnai and Gunditjmara woman will be in charge of the First Nations, Justice, and Sport portfolios. And, with her long history in advocacy and activism for Indigenous rights, she is especially looking forward to making a huge difference for First Nations people.

“I feel excited, honoured, proud, and part of me feels like it’s just taken so long to get a grassroots blackfella voice in that place… I feel that finally we have someone who can take the struggle to where it has to be heard and actioned, rather than us feeling like we have to fight on the outside.”

I’m particularly excited by her comments on the need for a First Nations Treaty, something I feel that Australia is heavily lacking in. As Thorpe herself says,

“We’re the only Commonwealth country that doesn’t have Treaty with its First Nations people… All of this country needs to have this discussion. We must let conversations bring out whatever it brings out. We have to decolonise. The coloniser’s process has been so violent and unrepresentative of the people. We’ve had old white people making decisions for far too long. We’re becoming an uncaring society.”

“We need the space to talk about that respectfully. It’s time for a Treaty. We need to have truth-telling.”

And to that I say, hear hear!

It’s been a year of upheaval and change for many Aussies with droughts, bushfires and COVID-19 affecting lives across the country. However, I am incredibly proud that some women like Brianna Casey are stepping up to the challenge.

Brianna Casey is the visionary CEO behind Foodbank and a fantastic example of a female leader. At just 23 years old, she was thrust into an interim CEO role at Queensland Farmers’ Federation – this “interim” role lasted for six years. After that, she was headhunted to take on the CEO role at Australian Childcare Alliance NSW, the peak body for privately owned long day care services across NSW. Since 2016, she has been heading up Foodbank Australia as its CEO.

This week, Coles announced they had contributed a record $139 million to support communities across Australia, with a large portion of the proceeds going to Foodbank. Furthermore, during National Newsagency Week this week, the Australian Lottery and Newsagents Association created a new partnership with hunger-relief charity, Foodbank, for an in-store community fundraising campaign.

It’s been a busy year for Brianna, to say the least, as she juggles her CEO role alongside raising two beautiful kids but she truly is an amazing example of what we women can do when we put our minds to it.

Female CEOs at NFPs are still getting short-changed

According to the report, in FY18 organisations with budgets of over $2.5million saw the female CEO pay gap remaining or staying the same. However, for NFPs with budgets of more than $50million, the gap increased to 20%. That’s right, the larger the company, the more disparate the pay gap.

And, although women make up nearly 59% of CEOs leading organisations with budgets of $1million or less, when it comes to NFPs with of over $10million, the representation of female CEOs drops to less than one third.

This is a huge disappointment because you’d think that the NFP sector, with its general focus on progressive policy, would avoid at least some of the ill treatment of women in its workforce. However, it appears that because women are initially paid less in their starting roles, this carries through when they are promoted.

How do we combat this? Well, there are plenty of things we can do, but I firmly believe that we can take the first step by paying everyone the same amount based on their job description – not based on their previous pay levels. Only then can we begin to battle the entrenched inequality which has followed women around for centuries.

This should come as absolutely no surprise to anyone, but when compared to male staffers, women in Trump’s white house are earning a paltry 69 cents for every dollar.

This revelation comes at a time when Americans are being encouraged to register for voting, and Trump steps up his campaign to gain votes. Just last month, Trump’s party tried to make a case for his commitment to gender equality, with outgoing adviser Kellyanne Conway calling him “a champion for women” and Brooke Rollins, acting director of the Domestic Policy Council, saying Trump has more women on his top team “than any president before.”

Before we continue, I’d just like to take a second to remind everyone that this is the man who has said things like:

“Can you imagine that, the face of our next president? I mean, she's a woman.”

"She does have a very nice figure ... if [she] weren't my daughter, perhaps I'd be dating her."

"26,000 unreported sexual assaults in the military — only 238 convictions. What did these geniuses expect when they put men & women together?"

All of those revolting statements aside (and believe me, there were a lot more that I could have included), the fact is that Trump’s party are being deliberately misleading when it comes to the reality of equality in the White House. A recent analysis of salaries in the White House found that while male staffers are being paid an average of $106,000, female staffers only receive $72,700. That’s a gap of $33,300. To simplify it further, it means that women are making 69 cents for every dollar that a man earns – this is even worse than the national gender pay gap of 82 cents on the dollar.

Now, this isn’t just a Trump problem. Pay inequality has long been an issue and was still prevalent during Obama’s administration. However, in Obama’s White House, women were at least paid 84-89 cents to every $1 earned by males. It still wasn’t great, but it’s miles better than what we have now.

In 2016 in the Obama White House, when we look at staffers earning $100,000 or more – 53% of these were women and 47% were men. Fast forward four years later to Trump’s White House and the number is flipped with a split of 37% women and 63% men. If we look at the number of women in highly influential staff positions, the results are even worse with only 23% of staffers being women – less than the 2009 Obama administration, the 2001 George W. Bush administration and the 1993 Bill Clinton administration.

When we consider that change comes from the top and the sort of man who is leading America, it really is no surprise that things have gotten to this state. As Emily Martin, VP of Education and Workplace Justice at the National Women’s Law Center states:

“The Trump administration has shown no interest in taking steps to close the racial and gender wage gap impacting working women across this country. It’s no surprise that the wage gap is not only larger in the White House than the rest of the country but is moving in the wrong direction.”

Both men and women in America really need to take a long, hard look at the difference between what the President is saying and what he’s actually doing. In the wise words of Maya Angelou, “When people show you who they are, believe them the first time.”