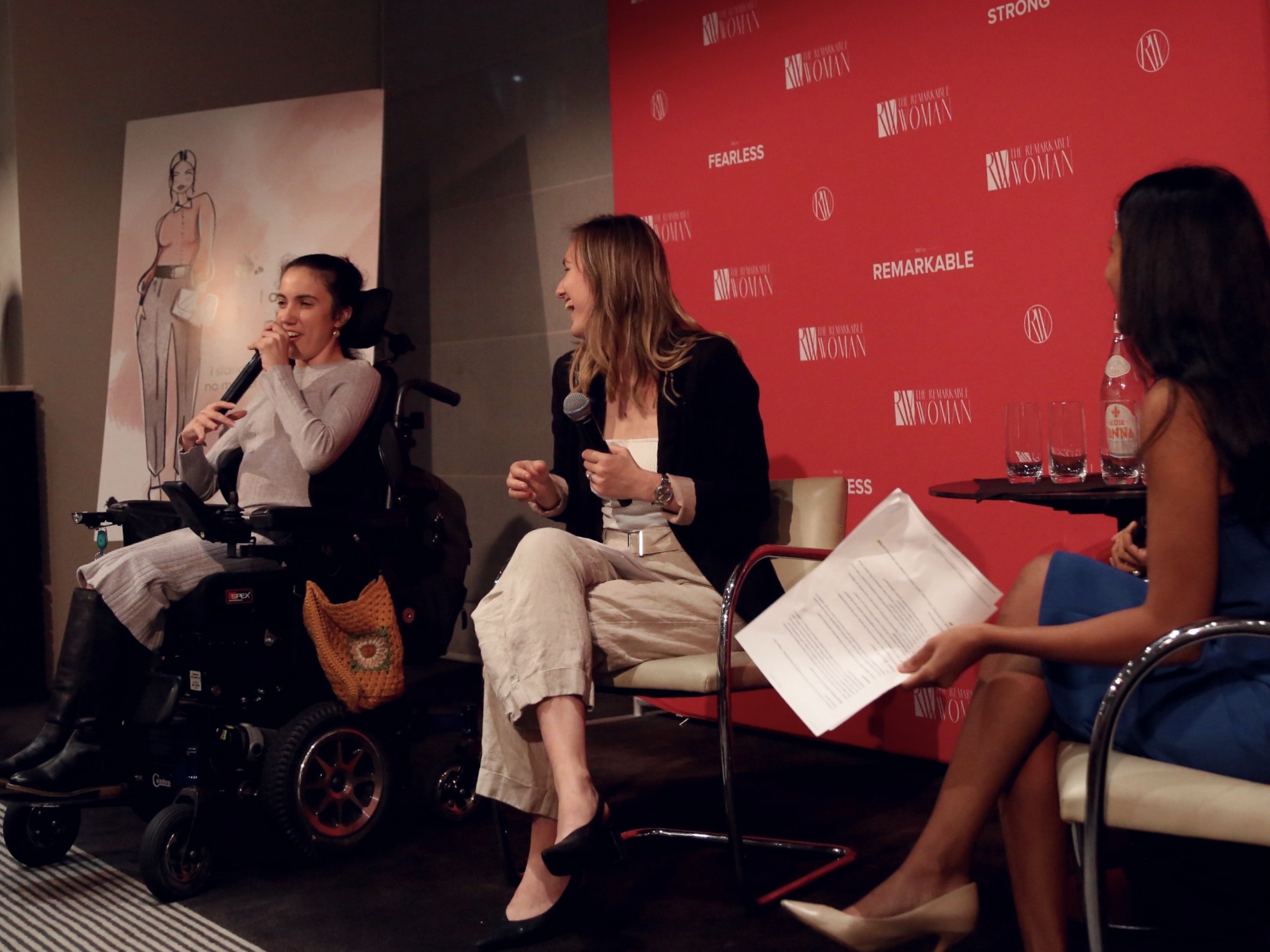 In this special networking event, Kateryna & Olena both shared heartbreaking stories from their families in Ukraine and the challenges they are facing today, along with their own incredible career highs and lows.

“Your stories matter and deserve to be heard. You don't need to be a celebrity or a reality tv star to share your story, you don't have to have built a multimillion-dollar business to have your TED Talks moment…It's your stories that we can relate to, that we can learn from, reflect and garner the deepest insights.”

And that is what we all witnessed at our Voices of Ukraine: A Fundraiser Event on Wednesday night. As our CEO & Founder Shivani Gopal opened the event with these words, we all had no idea how intensely this would be emulated by proud Ukrainians Kateryna Argyrou & Olena Lima.

The scene was set at our Remarkable Woman Talks event, an event that’s all about giving the stage to everyday remarkable women whose stories deserve to be shared. This time it was all about sharing the untold stories of war and the people of Ukraine headlined by Kateryna Argyrou, Co-Chair of the Australian Federation of Ukrainian Organisations (AFUO) and a Co-Founder and NSW Representative of the Australian-Ukrainian Chamber of Commerce (AUCC), and Olena Lima, Founder of Slavic District & Founder of Memberboat.

In this special networking and Talks event, both shared heartbreaking stories from their families in Ukraine and the challenges they are facing today, along with their own incredible career highs and lows.

Needless to say that the words spoken by both these remarkable women touched the room so deeply. We were brought to tears, forced to rethink what it means to genuinely ‘help’ and as a result, reminded of how incredibly fortunate we are in Australia to live under peaceful skies - something that Olena mentioned she was grateful for every day.

Olena Lima opened the event with a mother’s heart and lens sharing how if she hadn’t chosen to make the choices she did to move out of Ukraine 12 years ago that her son would be on the frontline right now and called her privilege to be safe “survivor’s guilt”.

“I look at him and I feel guilt because I look at the pictures of the kids that he went to childcare with and I don't know where they are.”

She then pierced our veils of mainstream media-induced ignorance.

“What they never hear about is the athlete instrument of war: sexual assault. Reporters not only see a spike in Bucha but all over Ukraine including an eight-year-old boy who was raped in front of his mother for a week. An 83-year-old woman was raped.”

“It happens again. And again. Human trafficking of women, trying to flee on the border of Poland and Romania…These are the stories that we will never ever hear.”

“Women and children are never the recorded heroes of the war and those who survive. They carry this humiliation with them for the rest of their life. Another group of unseen victims and unseen heroes.”

A mother’s heart, a daughter of Ukraine, forced to hear her people suffer in some of the most gruesome ways possible, riddled with the guilt of surviving whilst her people die.

“My grandparents currently live in an apartment building on the 13th floor that has no electricity, no water, no food, from missile strikes that have hit the area all around them”, then said Kateryna Argyrou as she shared her story.

“My cousins have volunteered. They've taken up arms, they have learned how to hold a gun which they've never even seen in their life before…even if they wanted to leave, they can't”, she spoke, referring to the martial law imposed prohibiting men of conscription age (between 18-60) to leave the country.

“We also have situations where when Russian tanks were rolling down streets, our boys were asked to make Molotov cocktails as a way to defend themselves. I'm sorry, but it's very difficult to fight a tank with a Molotov cocktail.”

“We have boys and women that are currently on the front lines that are fighting in their running shoes that don't have bulletproof vests and don't have helmets as basic protection.”

Later on, our panel interview with our media partner Missing Perspectives’ Phoebe Saintilan and Hannah Diviney shed further light on the situation in Ukraine telling Shivani Gopal why these experiences need to be headed and told unapologetically and unfiltered by those who have lived it, not by “the same four white men”, and how that motivated them to start Missing Perspectives in 2021.

Diviney then went on to say that “this is a conflict of the purest evil versus the purest good”, to which the room nodded in agreement.

Why you need to help now and how

Both Argyrou and Lima urged us all on Wednesday night that we must not let the realities and experiences of the Ukrainian people become lost, with Argyrou stating:

Lima encouraged us all when she said:

“A natural, human response to someone's pain is a desire to help. And I can tell you - helping helps. So how can you help?”

“The first and most natural response is donating. There are a lot of amazing organisations and volunteers who are already providing help and you can support them.”

“Sometimes you may ask – will my tiny donation really help? Sometimes donating in a bigger organisation doesn’t provide the desired level of involvement … personally, I donate to Okhmadyt, it’s a hospital in the center of Kyiv where I was a patient when I was eight years old, and where my son was a patient when he broke his head when he was two [where Russian artillery fire wreaked havoc destroying lives]. Otherwise, you can be involved in so many different ways.


This is where we all come in. You’ve read Kateryna Argyrou and Olena Lima’s stories and now you see why there is so much more to the crisis we see on the news. There is so much to the torment and abuse that we do not hear about. There are unsung heroes who themselves are in dire need of aid.

Regardless of where you are in Australia, the reality is that right now we all have an obligation to help our fellow Ukrainians. So, we urge you to listen and get involved. You can find out how here.

Slavic District, founded by Lima, has also launched this project a few weeks ago as part of their volunteering efforts to support Ukrainian people arriving in Australia.

You can also donate to the Ukrainian Crisis Appeal here.