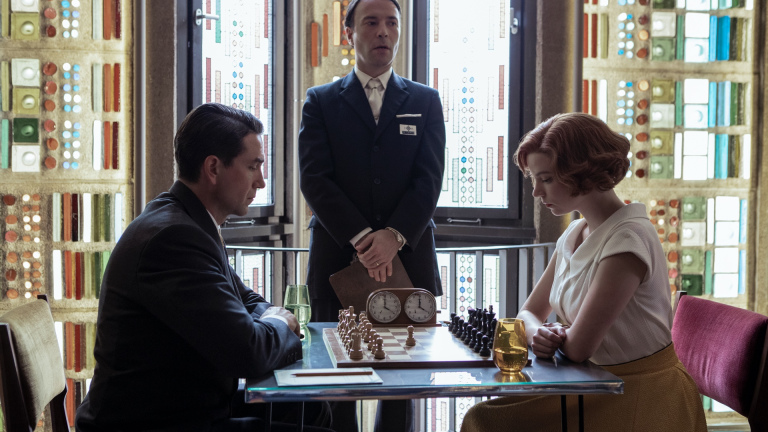 An exploration of the beautiful game - and how it can change your life, no matter who you are.

Written by Selina Khoo, our Social Media Manager at TRW!

I entered the tournament hall, pumped and ready to go.

It was bustling full of kids, in the excitement of getting to their tables where their games were about to start.

This was Poland and I was 10, about to play in a Team Championship for the England team.

And as one of my friends caught my eye, I started wandering over to join him.

As soon as I began to walk over, however, someone appeared in front of me and gestured.

“You’re over there,” he said, pointing to the girls-only section.

I’ll be honest - this wasn’t the first time I’d heard comments like these.

I was used to being a girl in a boys’ world, as chess was back then - and still is - a typically male-dominated sport.

And just like Beth, in the opening scene of the brilliant Netlflix series, ‘The Queen’s Gambit’, when she rushes into the tournament hall to play her male rival in the first scene, I often witnessed people making a point of my gender.

But the truth is - I never felt different because I was female.

I was there for the game. 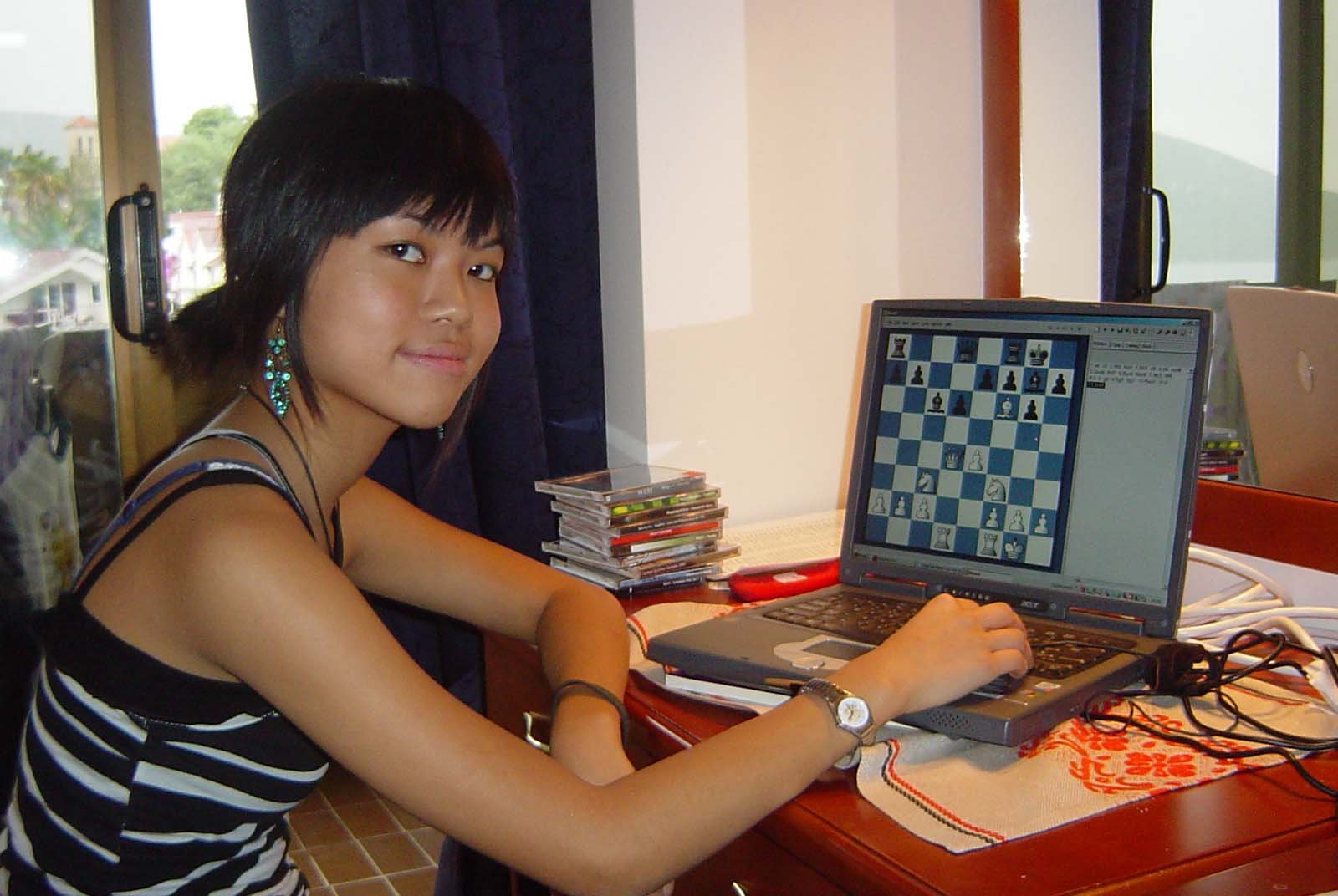 Stripped to its core, playing chess is an intense psychological battle of wits.

You’re constantly trying to suss out your opponent, working out the chinks in their armour and battling it out in an ongoing showdown of strategy - sometimes for up to seven hours at a time.

One misstep or ill-timed move and it’s all over.

But the exhilaration you get from competing often feels incredible.

It makes you extremely present.

It’s you, your opponent and the board; nothing else.

When I first watched the series, I got the strong feeling of being at the board again - with the memories flooding back of the intriguing sessions that made up most of my youth.

Back then, I was fortunate to represent England in the World Youth Chess Championships on multiple occasions, placing joint 6th in the world at Under 12 Girls’ level. I was also British Under 8 Champion and the best female player for my age in the UK, as British Girls’ Champion in every category from Under 8, 9, 10 and so on, until Under 18.

What I realised over the years is that there is so much going on in a standard chess game - particularly in the minds of the players and not just on the board, which, as a viewer, you can clearly see in the breath-taking duels between Beth and many of her opponents.

But here’s the thing: winning in chess or at the negotiation table isn’t all that different. It’s all about learning to read your opponent, sometimes by their facial expressions; their energy.

If you’ve already binged the show, like many of us, you’ll see the close-up shots of Beth inspecting her opponents with her gaze at the board - and who in turn do the same to her, like two animals circling each other and scanning for threats.

And while there were less of these looks off-screen in the real world, it would still be something every player did subconsciously to suss out the psychology of their opponents.

We would be working out if the person sitting opposite us were all-in and likely to endure a full-out battle until the endgame; whether they were feeling nervous, off-kilter with their energy, tired, or maybe even scared.

Or perhaps they might even want a quick draw so they can go and have fun with the other chess players.

This intel could help us decide which strategy to use in the game.

Chess is also about recognising patterns.

The game consists of a myriad of potential possibilities with each position.

From playing so many times, you start to naturally recognise combinations of pieces that appear frequently.

You intuitively get a feel for what move works in each scenario.

All in all, I’ll admit - I feel I learnt so much about reading others, recognising patterns and performance psychology, just from playing chess. 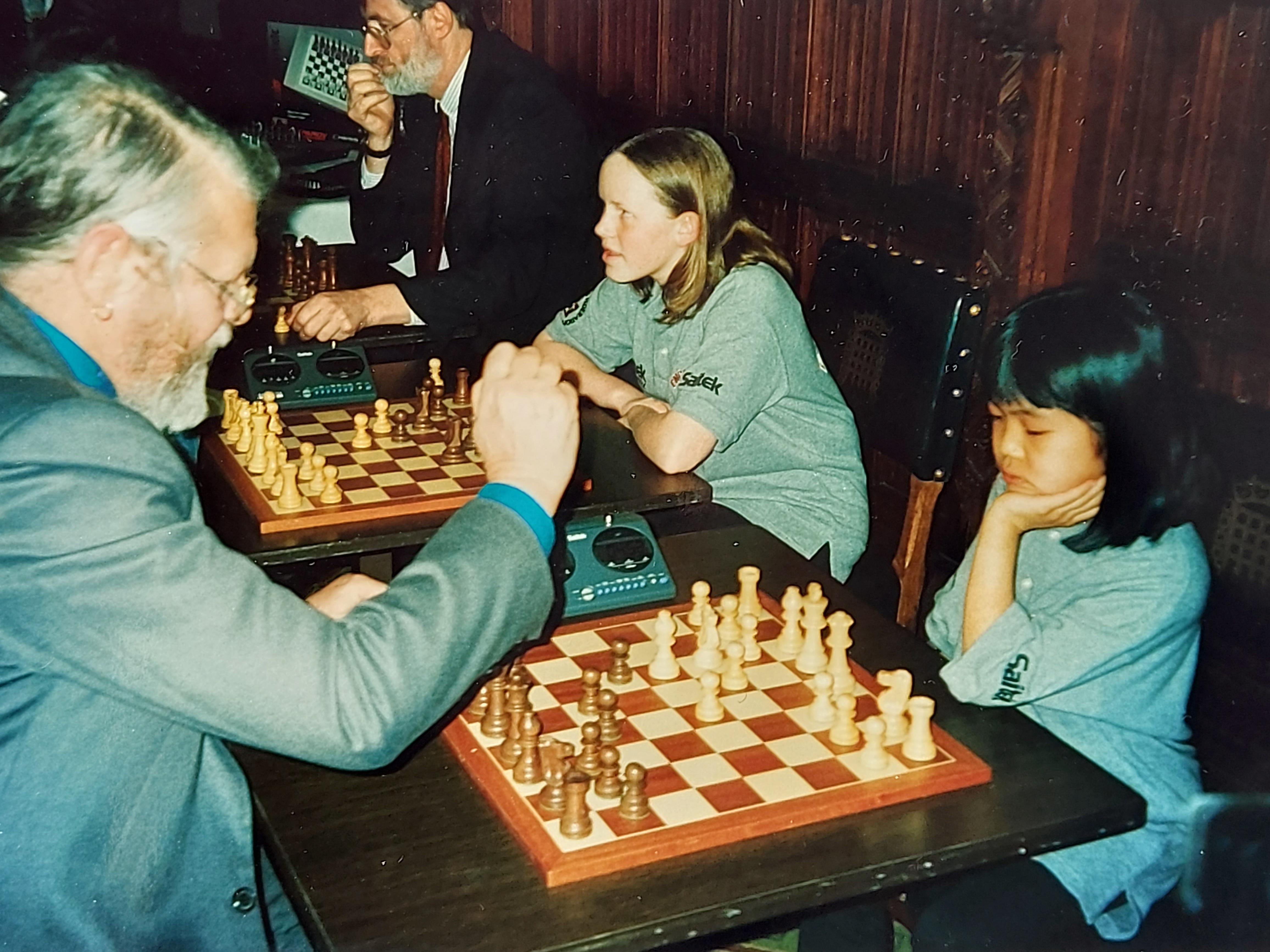 Another of the most useful takeaways that I’ve discovered from the game when applying it to the rest of my life, including the business world, is how to boost our confidence in a situation where we have to perform (like in a presentation or meeting, for example).

There’s no magic pill to swallow, like the ones Beth favours in the show to help her concentrate.

And it’s not particularly sexy.

But it sure as hell is effective.

You see, real life was no different to the ‘real’ life of Beth - preparation means investing in your craft, day and night. My life in chess was no different, nor is it for anyone I’ve spoken to who succeeds in anything. It’s not about the glamour, the accolades or the success, it's about all that work that goes into it, unseen and unheard. It's all the preparation that lives deep below the iceberg that makes you a success.

I remember playing an Indian Women’s ‘FIDE’ Master in the World Under 12 Championships in the last round, who had one of the highest ratings at the time for girls our age.

We were battling it out on the top boards.

Knowing she might be an opponent I would be paired against, I’d spent a couple of months before analysing her previous games, working out her style of play and the openings she liked to play (basically, her favoured systems of starting moves).

The aim was to develop a series of moves against it, using the help of a popular chess analysis program at the time, so that I could gain an advantage early on in the game.

Preparing for each combination of moves beforehand and practising games with a number of variations helped me to gain the edge.

And eventually go on to win.

The game that made up most of my childhood gave me so much. My sense of competition, my focus and my ability to prepare and also my love of travel.

Seeing Beth in Paris made me feel like I was right back there, filled with hope and joy and excitement for new experiences.

For me, what I loved most was connecting with others from a diverse array of countries - for example, sitting at tournaments, surrounded by players from Russia, India, Lithuania, Norway, Armenia and Indonesia, all on one table - giggling as we tried to communicate with each other in sign language; feeling a real sense of camaraderie in this microcosm of different cultures.

From these amazing opportunities from a young age, including spending a lot of time in Valencia, Spain for tournaments, I went on to study German and Spanish at Cambridge University and have since lived in three different countries.

And of course, I still play with the pieces now from time-to-time.

There’s nothing like a game of blitz chess to get your pulses racing.

Overall, I’m thrilled to see how the ‘Queen’s Gambit’ has given a rebirth to the game and put the spotlight on women in chess, encouraging them to get into the sport.

If you’ve ever thought about learning, I couldn’t recommend it enough.