My love-hate relationship with Disney 💔 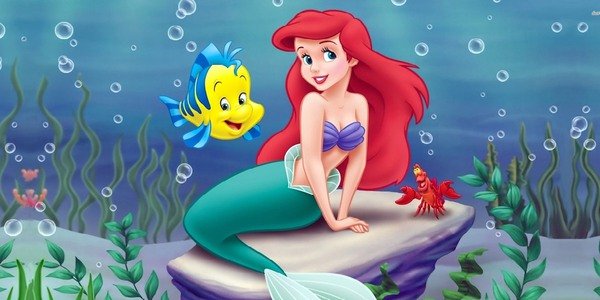 Disney is the foundation of many peoples childhood's but here's where the issues lie.

When I was growing up, Pocahontas was my girl.

I loved dressing up as her. I wanted to be her.

Whenever there was a fancy-dress party, you could guess who I was going as.

She was so free-spirited, kind, wise and earthy.

Not that I knew what ‘earthy’ meant at that age (but I certainly felt it!)

I’m sure for many of you, Disney also played a cherished role in your childhood.

It kept us spellbound; thoroughly entertained through the imaginary world of play and the world of make-believe.

It wasn’t, however, until I came across the news a few years ago of a mother requesting for Sleeping Beauty to be banned from primary schools, that it got me really thinking.

In case you didn’t catch it, a mum in the UK called for the book version to be taken out of her son’s primary school - and primary schools in general - due to its portrayal of sexual misconduct, as the prince kisses the princess against her consent, in her sleep.

While the woman received a lot of criticism as a result, I thought it was incredibly bold of her and I admired her conviction.

I found a lot of truthfulness in the point she was making.

The reality is, people may find it ‘too PC’; too ‘over-the-top’, because Sleeping Beauty is an ‘innocent’ fairy tale that has been celebrated for over 200 years.

However, have we ever stopped to question tradition?

Have we ever stopped to ask ourselves whether common narratives in our society - old and new - are in fact helping or hindering us from making progress?

Have we ever stopped to evaluate how they are shaping the way we view what is ‘normal’ between the sexes - and what our supposed roles are?

Films, books, music, advertising, social media... The stories they tell and the messages we get from them are all internalised into our cultural awareness and our beliefs about ourselves.

So while much is widely spoken about the misogynistic content in a lot of rap music, or the pressure of beauty standards on Instagram, this doesn’t mean we should stop at the ‘classics’.

And this includes Disney.

So, after reading this story, I started to think about all the other popular films that the global media giant is so well-known for.

Let’s look at The Little Mermaid...

The film received a hugely positive reception, with the well-known film critic, Roger Ebert, describing Ariel as a “fully realized female character who thinks and acts independently, even rebelliously,” and The New York Times calling her a “spunky daredevil.”

However, when we take a closer look at the film, what stands out quite glaringly is that Aerial, the protagonist, literally gives up her voice, her family and her natural body to pursue the love of a man…yikes! As a woman who grew up adoring Aerial and this film, upon reflection, I’m not sure it’s quite what I’ll be picking out for my own children to one day watch.

What's more, the male roles speak much more than the female roles in the film.

As pointed out by linguists, Carmen Fought and Karen Eisenhauer, in the five Disney movies that follow, men have on average three times more lines than the women.

This chart shows, incredibly, how the comparison looks across Disney’s modern princess movies.

Yes, with the latest films, such as Tangled, Brave and Frozen, it is looking much more equal, however there is no doubt that the kids today still love to watch the classics from the 90’s.

To Disney’s credit they have clearly begun to take action and create change within the narratives of their more recent films such as Frozen, Tangled and Brave - all featuring fierce, strong female lead characters whose strengths are often embracing what society calls a weakness.

Overall, what I learnt from my own mini investigation is that we have so far to go in standing up and questioning the narratives that we teach our children, particularly our daughters, about who they can be in this world.

Disney is a good place to start. But it’s also about improving our media literacy when it comes to other forms of media too.

Then it’s up for us to take action in publicly challenging these stories, as well as deciding what films, books and other platforms we personally want to expose our own children and the next generation to.

What do you think about Disney and its effect on young girls growing up? Do you think we do enough as a society to challenge the narratives that we are teaching our kids when it comes to gender? Share your thoughts by joining our Facebook Group here - plus feel the support of our community of like-minded, remarkable women!