How to be a great leader by understanding social chemistry

Business leaders tend to have a growing hunger to find out why people like Steve Jobs, Michelle Obama, Bill Gates, Jacinda Arden, Warren Buffet, and Oprah are so successful and looked up to. We want to know about what gives them the edge to run such thriving companies and have purposeful lives.

But, what if the answer isn’t what you'd expect. What if it’s that great leaders aren’t the most intelligent, the most resourceful, the most aggressive or the most connected. 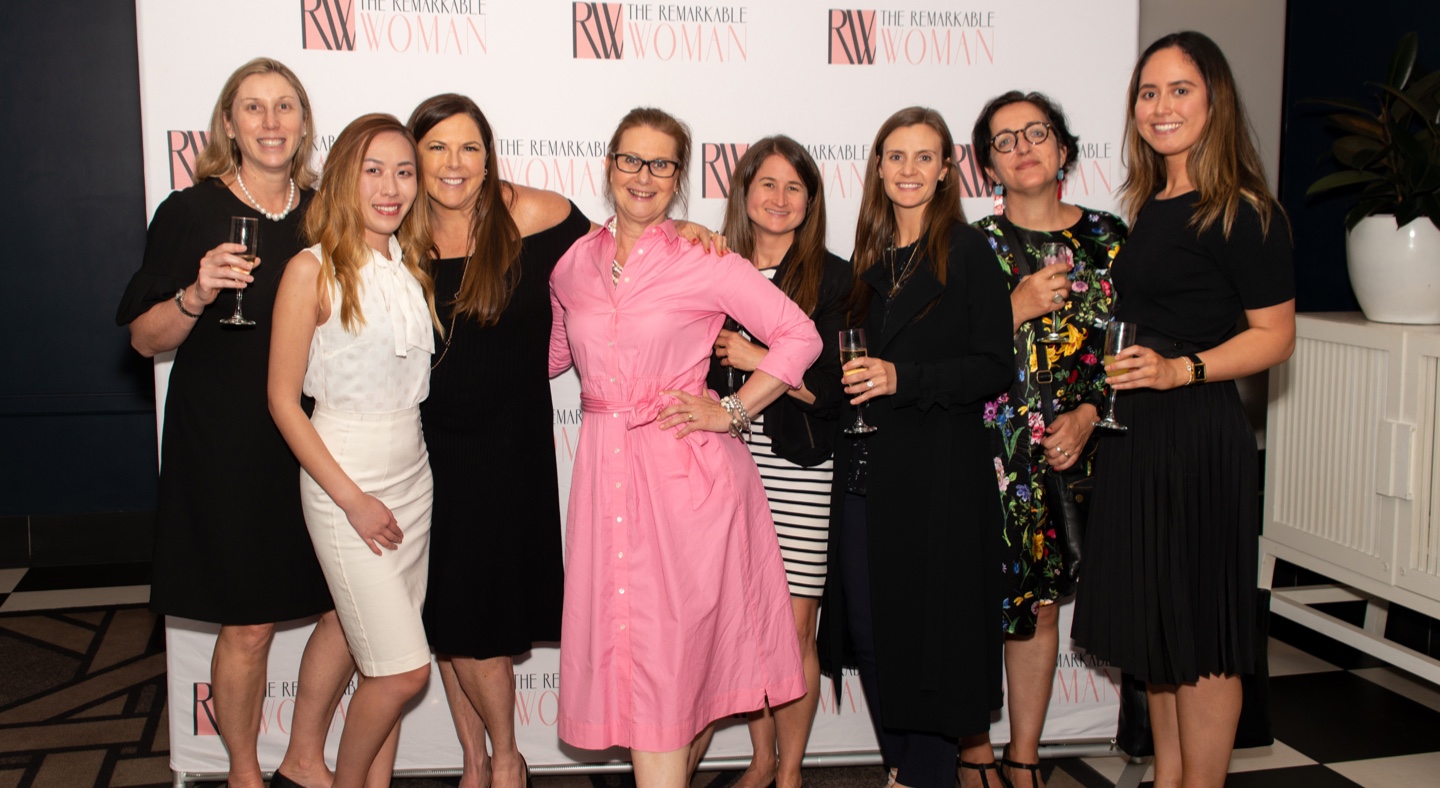 This is a fresh look at how great leaders look after the wellbeing of other first, and how that action has positive ripple effects throughout the company — resulting in more engaged staff, more honest feedback, a sense of safety at work and best of all, a positive company culture focused on well-being.

We see that great leaders are the ones who adamantly look out for people’s well being. And, as a welcomed side effect, wellbeing is the most reliable indicator of organisational growth on multiple levels.

Simon Sinek investigates this question in his best selling book Leaders Eat Last. He looks at why the American military is so good at consistently producing great leaders who get the job done while keeping people safe.

In a story about military pilot Johnny Bravo, aka Mike Drowley, Sinek talks about how great leaders have great instincts first and great expertise second.

Mike Drowley was hovering over the clouds in his A10 Warthog with his wing-man flying right next to him. He felt that something wasn’t right with the troops on the ground, he could hear it in their voices over the radio. Then, he received a transmission, “Troops in contact.” This is bad. This is code that an all-out gunfight has broken out and the soldiers are in trouble. Drowley was not told to go save the troops, however, he couldn’t just sit there and do nothing.

In 2002, aircrafts didn’t have the sophisticated technology that they have today. Drowley was flying down into a bed of cloud cover, into the unknown. Once he broke through the cloud cover, he realised that he was dangerously close to the ground and the adjacent mountains. A sensible pilot would have pulled the aircraft back up and recalculated a safer plan, but Drowley wasn’t going to waste a second while his friends were in danger.

He focussed his senses and manually took control of the aircraft, pinpointing the direction of the enemy fire which glowed in the pitch black night. “please let this work” he said out loud, and fired on the enemy, counting as he laid ballistic ammunition over and past them “one one-thousand, two one-thousand, three-one-thousand, four one-thousand, five one-thousand.” He counted because it was so dark that he couldn’t see the ground well enough in the dark of the night, this helped him to estimate when to pull up the aircraft to avoid crashing into the mountains.

“Good hits” cried a ground troop over the radio, “keep em coming.” But, Drowly was out of ammunition. He had to think of something fast. He pulled the plane back up through the clouds where his wing-man hovered and quickly briefed him on the situation. The two pilots flew back down together, their wings were just three feet apart as Drowley led his wingman straight to the enemy fire, counting in the dark as they prayed not to crash into the mountains.

Twenty-two ground soldiers went home that night, not one casualty was had. But, if Drowley was a more sensible pilot and decided to take the time to plan a ‘safer’ course of action — the story might have a very different ending for those soldiers on the ground

Humans have evolved in groups for over 2.5 million years. Social cohesion is incredibly important for survival, safety and reproduction. The body uses chemical signals called hormones to keep us working together and able to respond to changing situations. Hormones send signals to your organs and tissues in order to regulate out physiology and behaviour, so we can act in accordance with our internal and external environment.

Here are 5 major hormones that affect our behaviour, mood, happiness, well-being and health.

This hormone is designed to mask physical pain. It is the reason that humans are the most ‘enduring’ animals, in a technical sense. Humans can out endure a horse — in fact, anthropologists have found that homo species would hunt down a horse by chasing it down until it became too exhausted to continue and either gave up or collapsed and died from exhaustion.

When we physically push our bodies, we feel great. This is the case when bodybuilders are pushing themselves in the gym, they feel the pleasure of endorphins in their brain as muscles tear and blood rushes to particular areas of their body. This is also the case with ‘runner’s high’. When endurance runners engage in running for about an hour, they hit a period where they get ‘into the zone’, they don’t feel the stress on their bodies any more, all they feel is pleasure. But we all know that after a period of time, as soon as they wind down, their body is in agony because their physiological processes are scrambling to repair the muscles and the tissues that were strained during their run.

This is the feeling of accomplishment when we did something that we said we were going to do. This is the chemical that sustains our motivation and more importantly, our biological focus. Humans are visual creatures, our psyche is built around visions and visual imagination. That’s why we need to write down our goals, so we can remember them and then visualise the things we need to do in order to achieve something.

The thing to remember is that dopamine is highly addictive: alcohol, gambling, nicotine and mobile phone notifications all trigger dopamine to be released in our brain. So, beware of the negative things in your life that are rewarding you with dopamine.

This is the feeling of community, compassion and belonging.

It allows people to feel safe and looked after. Serotonin is the leadership chemical. It’s responsible for the feelings of pride, recognition, status and accomplishment. When you have serotonin in your veins, your confidence goes up — the best thing about it is that when you get a surge of serotonin, your loved ones in the room get a release of serotonin in their veins, too. This chemical reinforces relationships and resilience for us to feel safe and supported while we strive for our goals. This is the most important hormone for group living and group cooperation.

This is the feeling of love and trust that we exchange with our family and friends. It’s the intense feeling of safety we get when someone has our back. The thing about good business is that it isn’t always rational, it’s about relationship and feelings of safety. Human bonds matter.

Think about it this way: you’ve sat down with a third party and after long negotiations, you’ve finally come to an agreement where you are both really happy with the terms. Now, imagine you get up from that meeting and you reach out your hand to gesture a handshake and the other person declines and says, “No need for a handshake, I’ll just sign the papers and have them to you in a week.”

It doesn’t feel right, does it? You’re going to start second-guessing that deal, and you’ll either cancel the deal, or you’ll go into it with feelings of reservation and distrust.

The handshake ‘seals the deal’ and symbolizes your trust and goodwill toward the other person. It says that you both have a bond with each other that you will look after and nurture — and all this information is biologically transmitted in an instant by oxytocin.

Great leaders are the one who gives us their time and their energy, not their money.

“The cost of leadership is self-interest — you don’t get to do less work when you’re more senior, you have to do more… you have to put yourself at risk to look after others, that is what the anthropological definition of being a leader is.” ­

Cortisol is responsible for the feelings of stress and anxiety. We share this chemical with all the social animals. Cortisol keeps us alive — we become alerted to danger when we notice others becoming alerted to it. When we are doused in cortisol, our bodies go into extreme survival mode. It prepares us for a fight or flight action by tapping into our essential energy stores. To do this, our body shuts down all its non-essential functions and funnels our energy into the necessary biological processes that can keep us alive and safe. So, things like growth and your immune system are the first to be shut down. Cortisol can save your life when it all hits the fan, with the understanding that you aren’t meant to have it in your system for long periods of time. If you do, it will literally put your health at risk and slowly kill you.

Great leadership is a scarce resource

Leadership is so important because you can’t lead everyone. There’s only one of you, and you can only take care of a finite group of people well.

Here are some key takeaways for leaders:

If you decide to look after the person on the left and the right of you, you have decided to become a leader.”

Leadership is in the shield, not the spear. It’s your willingness to protect and nurture other people, not your determination to conquer and win.