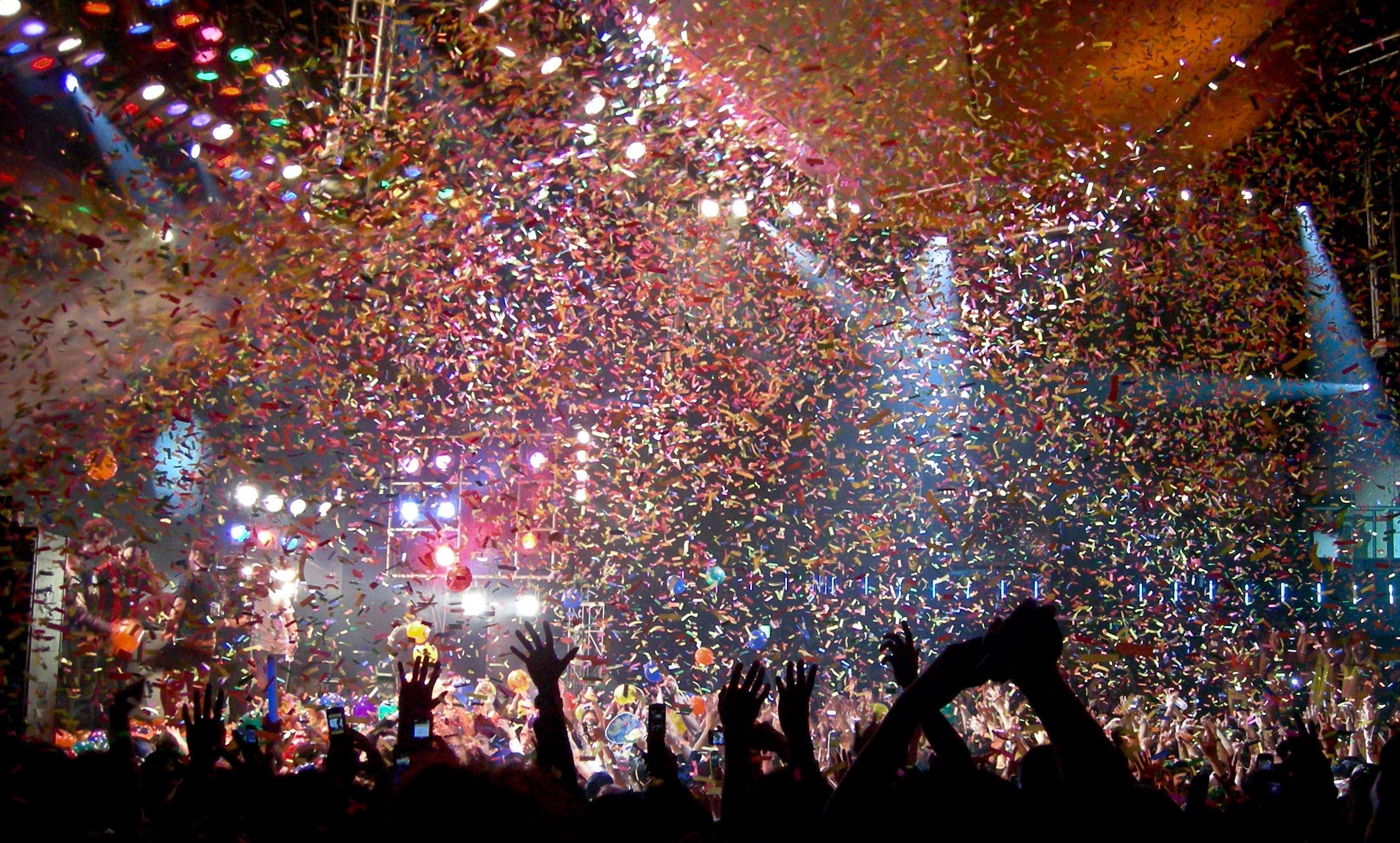 We’ve got all kinds of extremes in store this week!

This week, we witnessed a phenomenal moment in history - that is Biden and Kamala reigning victorious in the US election and Trump getting booted off his POTUS pedestal. I’ll be breaking down what this will actually mean for the American people. On the other hand we also saw some mind boggling events unfold across the Pond, on our own soil, and in the US. It’ll be a rollercoaster ride!

What does Biden and Kamala’s win actually mean for Americans?

I’m sure many of you will be glad to hear that Biden has won the election. Once stepping into office in January, the President-elect will have a lot on his plate – not the least, getting through COVID and uniting a hugely divided country.

Of course, given Trump’s resistance to leaving the position of POTUS, there will be several new difficulties on top of this list. Several lawsuits by the Trump administration are underway in six battleground states that Democratic President-elect Joe Biden won closely. Luckily, even if Trump doesn’t concede, the way the Constitution is written means that Trump doesn’t have to concede.

So, what can we expect?

Starting from next week, Biden will be launching "agency review teams" charged with collecting and reviewing information on the Trump administration in order to smoothly shift federal departments toward Mr Biden's priorities when he takes office in January.

And, while he has made a long list of promises, his main priority initially will of course be handling the coronavirus epidemic. Members of Biden’s task force include respected scientists and public health experts, who have served both Republican and Democrat administrations and its three co-chairs have a range of political and scientific experience. He has indicated he will make quick appointments of the Cabinet secretaries who will be key to the response. That includes his health secretary, treasury secretary, and the director of the National Economic Council.

We also expect him to try to reduce the changes that Trump has made, using executive orders to overturn orders introduced by Trump, including those that loosened environmental regulations. Furthermore, we’ll be seeing Biden prioritise international relations, reassuring the US applies about their role on the global stage. This will include rejoining the World Health Organisation, signing an executive order to rejoin the Paris Climate Accord, and working to smooth relations with NATO allies by striking out Trump’s Muslim ban and working with Congress to pass a law on hate crime.

I don’t know about you but I say, bring it on.

Known as the Mother of Feminism, Mary Wollstonecraft has been commemorated with the unveiling of a Maggi Hambling sculpture in north London. This comes after 10 years of trying to raise funds to create the statue by volunteers who Wollstonecraft’s legacy remembered close to where she lived and worked – having opened a small girls’ school with her two sisters and her friend Fanny Blood.

This renowned women’s rights activist authored A Vindication of the Rights of Woman in 1792, a classic of rationalist feminism that is considered the earliest and most important treatise advocating equality for women. She called for women to become educated and insisted that women should be free to enter business, pursue professional careers, and vote if they wished.

Given the achievements of this intelligent, passionate and inspired woman, it’s pretty disappointing to see how she has been honoured - in the same sexualised, minimalist way that women are still sadly seen as in society today. 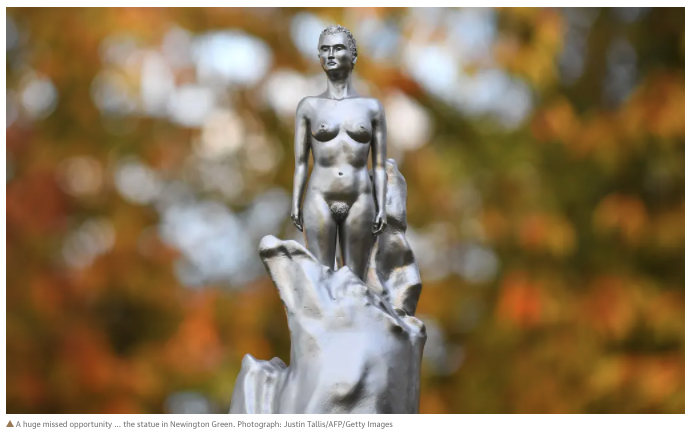 The work has been met with an almost immediate backlash, with people expressing their disappointment that this tribute showcases a small, elegant, thin and conventionally attractive woman. And no wonder. Despite our accomplishments, it's our bodies that get most tongues wagging. Despite our power, we are minimalised in every construct that matters - socially, politically, economically.

How has Mary Wollstonecraft been honoured? Not as a powerful, gigantic statue like those we see of our male counterparts, paired with a distinguished suit and head lifted high. No, we see her as a miniature sliver creature, designed to look like she's floating in the clouds, stripped of all her clothes, her nudity for all to see and to discuss. I’m sure this goes against everything Mary wanted and should be known for – her brains, her accomplishments, and courage to fight for human rights and education for all.

Honestly - we’re mind boggled. This is certainly not an example of equal recognition of the powerful women in history.

Attending meetings via Zoom or Google Hangouts has become the norm for many of us during the pandemic. Due to quarantines, virtual calls are now the main way that we communicate with our colleagues and stay connected – except for Brisbane City Council.

Most recently, one of their councillors, Kara Cook, submitted a request to participate in meetings remotely following the birth of her third child via c-section. The answer from the Council? No.

Instead, she was told that she could either take leave or just catch a cab to work (bringing along her child who would – at that time – be too young for vaccinations).

It’s a shocking and startling move, and not just because we’ve learned over the past year that conducting business meetings online is a perfectly viable solution. No, the Council’s response is also disappointing because it is essentially punishing Councillor Cook for giving birth. Rather than being understanding and willing to flexibly accommodate Cook’s very reasonable request, the Council has shown a distinct lack of foresight regarding women’s needs. If we can facilitate virtual meetings as the result of quarantine, why can this not be applied for other reasons?

As Cook puts it:

“In 2020, parents should not be locked out of political processes due to pregnancy or raising children. What message does this send to other young women who are considering a career in politics?”

Dean Browning claims to be a “black gay guy”

Dean Browning, a Republican former Lehigh County commissioner, who lost a congressional primary this year and describes himself as “a proud pro-life & pro-2A Christian conservative dedicated to enacting common-sense solutions to Keep America Great” came out with a very odd Tweet earlier this week. 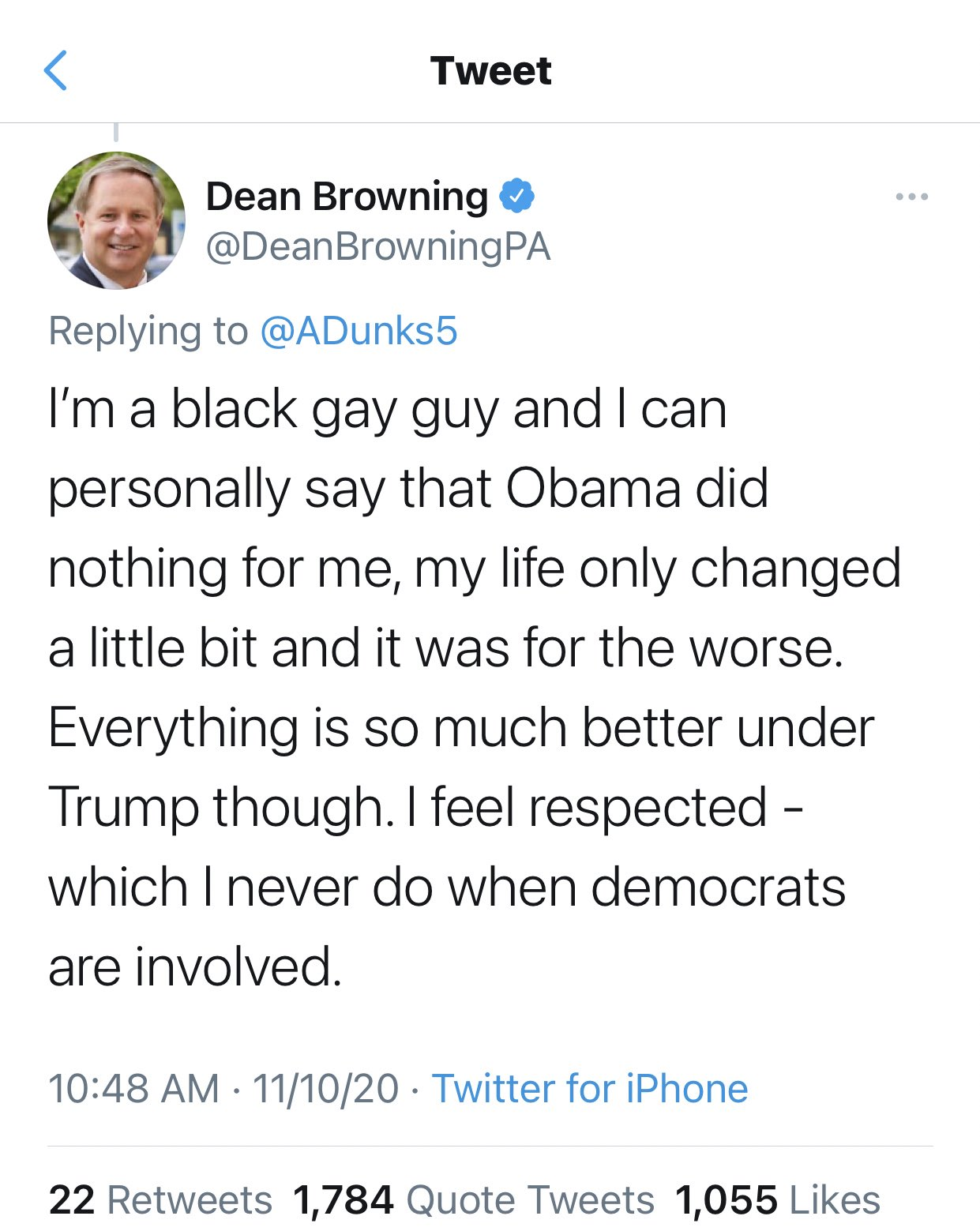 Browning called himself a black gay guy for reasons unknown to us. All I can say is that only 1 out of those three words is correct. I’ll let you guess which ones.