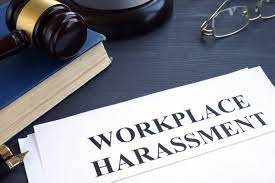 This week has brought both highs and lows. We celebrated Chloe Zhao’s Oscar achievements and increased childcare subsidies, but we also saw AMP’s former CEO rewarded for misconduct.

Happy Friday - I hope you had a week as wonderful as Chloe Zhao’s! If you’re not sure what I’m referring to there, I strongly suggest you read my write up on the Oscars firsts below. It’s a real heart-warmer.

Unfortunately, not everything was as peachy as this year’s Oscars…specifically in relation to the latest news out of AMP regarding their disgraced former CEO Boe Pahari. That and more for you in this week’s wrap.

It looks like our government has finally realised that having more women in the workplace is - surprise, surprise - actually an asset!

This of course, is by no means, a new finding. Common sense would tell you this. To give the facts though, many studies such as S&P Global’s, previously found that Increasing women’s labour force participation could add hundreds of billions of dollars to the global economy—and trillions of dollars to equity markets. And, back in 2018, a report in the HBR found that for every 10% increase in women working, we see a 5% increase in wages.

However, many women are prevented from entering the workforce due to a lack of childcare and inflexible working arrangements from employers. In fact, the Productivity Commission has found that in 2020, almost 92,000 people across Australia weren’t working or looking for a job mainly because of the high cost of childcare.

And so, after requests from over 15 organisations, the Australian government is looking at increasing the maximum child care subsidy from 85% to 95% for families earning less than $80,000 and scrapping an annual cap on the support that acts as a barrier for women in higher-income families from taking on more work. The hope is that this will get more women into the workforce and boost our GDP by $11 billion per year.

KPMG has estimated that this policy would cost taxpayers an extra $2.5 billion a year, offset by a $5.4 billion boost to annual GDP from additional workforce participation. Meanwhile, Grattan’s has posited that it will be a $5 billion cost leading to an $11 billion GDP boost. Whatever way you look at it, as a country, we only stand to benefit from increasing childcare support for working women.

The American film industry has always been one that is overwhelmingly white and male. And the Oscars traditionally reflected this, as shown by the #OscarsSoWhite scandal that dogged the Academy Awards in 2014 and 2015. And so, last year the awards ceremony began taking steps to correct this incredible imbalance in representation and introduced new diversity guidelines for a film to be nominated for Best Picture.

This year, at the 93rd Oscars, after almost a century of white men stepping up to receive awards and pat themselves on the back, we saw several firsts. Yu-jung Youn (Best Supporting Actress, Minari) became the first Korean actor to ever win an Oscar and the second Asian woman to do so. Mia Neal and Jamika Wilson became the first black woman to win makeup and hairstyling. And my favourite -  Chloé Zhao became the second woman ever to win Best Director for Nomadland (the last was Kathryn Bigelow who won in 2010 for The Hurt Locker), and the first woman of colour to do so.

Viewers all around the world were thrilled to finally see some diversity and faces that they could identify with - especially during a time where anti-Asian sentiment is so prevalent.

"In a time where Asian-Americans are being attacked because we're still seen as foreign and a disease, Chloe Zhao and Minari winning Golden Globes means so much. We exist, we are Americans."

Some of you may remember that I have previously discussed how the pay gap has affected women’s ability to purchase homes. Although shared property ownership between a couple is the most common form of ownership, when we compare either solo or joint property ownership rates, women tend to lag behind men across the board. Of course the gender pay gap is a large contributor to these statistics - when you earn less, you save and spend less.

There’s no doubt a problem exists, so the question is: how do we fix it?

The sad reality is that it will take decades to correct the underlying social issues and systematic bias that prevent women from earning the same as men and, thus, having the financial stability to save and spend equal to men on average.

However, as most of you will know, I’m a huge advocate for financial education, and I truly believe that educating women (especially those on single and low incomes) on money management and their options around saving and investing will make a meaningful change. This is one of the many reasons why I started up The Remarkable Woman, and remain to focus a large amount of our energy on the financial development and empowerment of women.

If however, financial institutions and schools focus on financial literacy and supporting women by giving them the tools and strategies to improve their finances based on their specific circumstances, we can start invoking change at a grassroots level.

Why are male CEOs rewarded for bad behaviour?

I, and I’m certain the majority of you, are incredibly tired of the endless accounts of women being harassed in the workplace. But AMP’s latest news about disgraced former CEO Boe Pahari just goes to show that this inequality isn’t just limited to sexual harassment in the workplace. It extends to the ways in which we are ousted from companies as well.

As many of you will know, in 2020 Boe Pahari was involved in a workplace sexual harassment scandal (that he was found guilty of) which lost the company $6 billion over 12 months. His punishment? His removal from AMP Capital, accompanied by a humble sum of $50 million.

In contrast, look at how Christine Holgate (who secured a partnership that led to $70 million in profit) was unceremoniously booted from her role for gifting four executives with watches valued at $20,000 in total. Our Prime Minister decided to weigh in during this debacle, spitting words like “disgraceful” and “disgusting”, yet where was his judgement when the Attorney General was under fire? Why was that behaviour not equally lambasted?

Australia has a long history of preferential treatment. When Kristy Fraser-Kirk sued David Jones for sexual harassment from the CEO, she received $850,000 while her harasser walked away with more than double the amount. She was labelled a golddigger while he was called “flirt who misread signals”. When junior reporter Amy Taeuber filed a harassment complaint against a senior male reporter at Channel 7, she was suspended while the harasser remained employed. When former Justice Dyson Heydon was found guilty of sexually harassing at least six former associates, nothing happened.

When will it end? And how can we realistically expect change to happen when the men who have been found guilty of abusing, harassing and assaulting women walk away with a slap on the wrist, and tens of millions of dollars? I would hardly call that a punishment. Meanwhile, these women are left with emotional and physical scars, harassment from the press, and a financial pittance. When you’re a male in a position of power, history tells us that any “punishment” you receive is minimal and tokenistic, so where’s the incentive to do better?

If we want to see a change in the way women are treated in the workplace - and we do - it needs to come from the top. Bad behaviour from senior executives simply cannot be tolerated. It can’t be minimised. It can’t be rewarded. Men who are found guilty of harassing their employees and abusing their positions shouldn’t be sent off with a “thank you for your work” and millions of dollars in severance. Until that changes, the behaviour won’t.