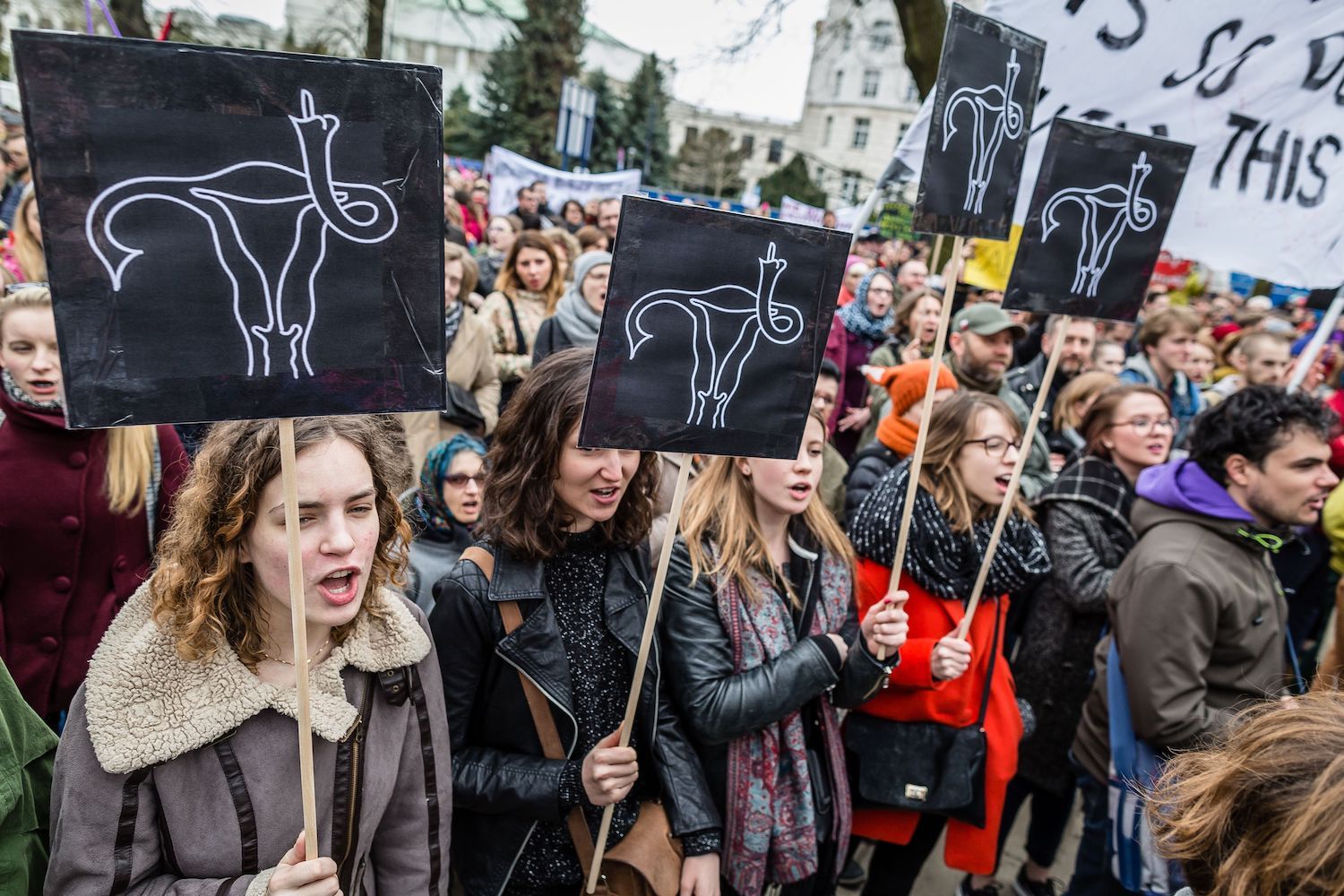 From highs to lows, here’s everything you need to know about women in the world this week.

As we come to the end of January 2021, let’s look at what’s been going on all around the world.

This week’s Founder’s Weekly, as if so often is, is somewhat of a rollercoaster ride…

This week saw some incredible advances for and acknowledgements of women, which had me quite honestly jumping around in excitement (sounds dangerous I know!), and it also saw some big steps back for women's rights - Yes Poland, I’m talking to you - which sent me into simultaneous fury and deep sadness.

It’s important though, that you join me on this rollercoaster, so that together, we can be educated, aware and in the know so that women’s issues are widely known, understood and discussed.

I’m so pleased to say that the winners of the Australian of the Year awards have been announced and, for the first time since 2015, all of them are women!

The overall Australian of the Year 2021 is the brave and amazing Grace Tame – a proud advocate for survivors of sexual assault. From age 15, Grace was groomed and raped by her 58-year-old maths teacher. However, due to Tasmania’s gag laws which worked to protect the offender, Grace could not speak about her assault even though her rapist was allowed to. However, Grace, along with 16 other survivors in the #letherspeakcampaign worked incredibly hard and eventually overturned the law, winning the permission from the Supreme Court to tell her story. What a truly remarkable woman fighting to improve our nation.

Next up, is the winner of the Senior Australian of the Year 2021 - Dr Miriam-Rose Ungunmerr Baumann AM. An Aboriginal Elder from Nauiyu, she is a renowned artist, activist, writer and public speaker. Not only was Dr Miriam-Rose the NT’s first fully qualified Aboriginal teacher, but she also established the Miriam Rose Foundation, to bridge the divide between Aboriginal culture and mainstream society.

The Young Australian of the Year 2021 was won by Isobel Marshall, who co-founded TABOO at just 18 years old. TABOO sells high-quality, ethically-sourced, organic cotton pads and tampons to an Australian market, with 100 percent of net profits going to One Girls – a charity providing education programs for girls and women in Sierra Leone and Uganda. They’ve also recently partnered with the SA Women’s Crisis centre, providing free access to pads and tampons for women who require emergency accommodation.

And last but not least, our Local Hero 2021 is Rosemary Kariuki, the multicultural community liaison officer for the Parramatta Police. Rosemary specialises in helping migrants who are facing domestic violence, language barriers and financial distress. And, In partnership with the African Women’s Group, she helped start the African Women’s Dinner Dance.

Hats off to these remarkable Australian women, all working to make Australia and the world a better place.

I’m sad to say that the Polish government has imposed a near-total ban on abortions, including the termination of pregnancies with foetal defects. Under this ruling, abortions may only be permitted in cases of rape, incest or when the mother's life is in danger.

According to Esther Major, Senior Research Adviser and Amnesty International, this has terrible ramifications from the women and girls of Poland.

“This dangerous ruling is the latest in a coordinated and systematic wave of attacks on women’s human rights by Polish lawmakers. Legal prohibitions on abortion do not prevent abortion or reduce the rates of abortion. Instead, they serve only to damage women’s health by pushing abortions underground or forcing women to travel to foreign countries to access abortion care they need and to which they have a right.”

The announcement has sparked protests across the country, with many more still to come. Protestors took to the streets, chanting slogans like “I think, I feel, I decide!” and “Freedom of choice instead of terror!” Meanwhile, in Warsaw, they marched to the headquarters of the governing Law and Justice Party to songs including “I Will Survive.”

European lawmakers, who have accused the government of influencing the court’s decision, also criticised the announcement. Terry Reintke, a Green lawmaker from Germany who is in the European Parliament, tweeted their support:

“Know this: In every village, in every city in Europe there are women following your struggle. Never forget you are standing on the shoulders of brave and courageous women who have fought this fight for many years.”

It’s great to see measurable results and have allowed PwC to find the source of the pay gaps. PwC UK chairman and senior partner, Kevin Ellis, said the ethnic pay gap was driven by the under-representation of ethnic minorities in senior roles at the organisation.

While the pay gap still exists, PwC has a target-driven action plan to improve both its gender and ethnic disparities. This includes career sponsorship for high potential female and ethnic minority staff, the use of technology for fair work allocation, and senior-level accountability through recognising partners who make a positive contribution to diversity targets.

Puerto Rico has long been facing a crisis regarding violence against women. A 2012 report from the American Civil Liberties Union (ACLU) stated that Puerto Rico had the highest per capita rate in the world of women over 14 killed by their partners.

Just last year, more than 60 women were murdered in Puerto Rico – just a small part of the wave of killings targeting women and transgender people over the past few years. In response, Governor of Puerto Rico, Pedro Pierluisi, has declared a state of emergency.

"Gender violence is a social evil, based on ignorance and attitudes that cannot have space or tolerance in the Puerto Rico that we aspire to. For too long vulnerable victims have suffered the consequences of systematic machismo, inequity, discrimination, lack of education, lack of guidance and above all lack of action."

This gives the Governor broad authority to implement policies across government agencies aimed at preventing and responding to violence against women - something that activists and feminist groups have been demanding for almost three years, ever since they noticed an increase in domestic violence and women murdered by their intimate partners in the months after Hurricane Maria.

Although Puerto Rico has laws and policies aimed at gender violence, the sad fact is that there's no follow-through, no transparency, no coordinated effort, and no accountability.

Under the order, many new actions are already planned, including a committee with representatives from more than a dozen agencies to figure out a government-wide strategy to combat violence against women. The order also directs certain agencies to take very specific steps. For example, the Department of Education will develop a curriculum to teach students about gender violence; the attorney general's office will have to develop new training for prosecutors handling cases; finally, the island's police will update their protocols for responding to domestic violence calls and for investigating the cases of murdered women.

We’re so excited to see the US has finally decided to break its 77-year-old tradition of only appointing white men to the position of Treasury Chief. Congratulations Janet!