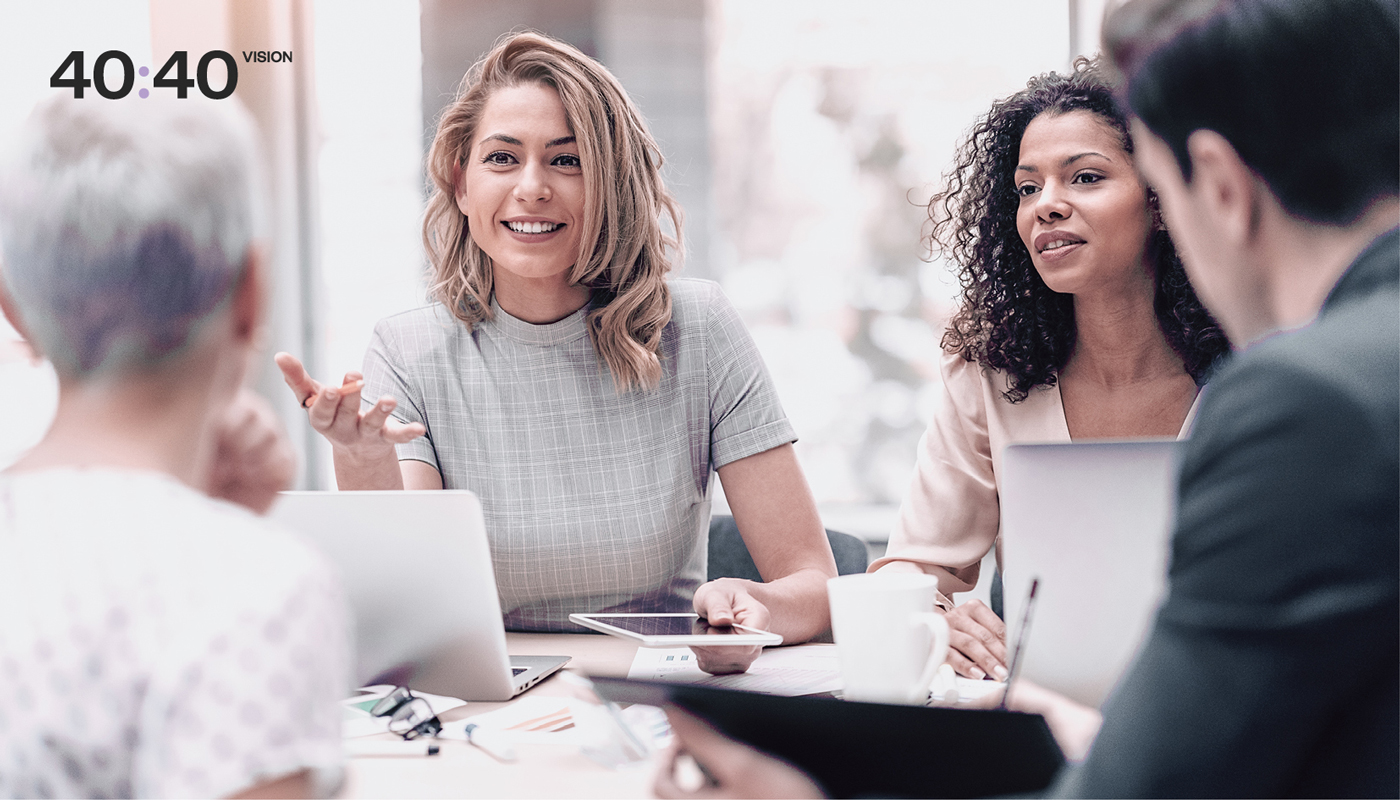 20:20 vision is one thing but this week we are celebrating 40:40 vision, along with Australia’s all-new affirmative consent laws and more. Get your news fix here.

As we find ourselves at the halfway point of the year, (which by the way, is far too chilly for my liking here in Sydney!) I’d like to use this week to celebrate what we’ve achieved so far. We have seen some genuine progress when it comes to see action being taken to get more women in leadership positions as well as some much needed legal measures that will change the way consent is viewed from now on.

Last Year, 40:40 Vision launched and committed all companies who signed on to achieve 40% women in their executive leadership positions by 2030. The companies would also have to publicly set gender targets for 2023 and 2027, as well as outline their plans for meeting these targets, and report on their progress every year.

That’s why I was so pleased to hear about ten new companies becoming signatories to the pledge this year:

HESTA CEO, Debby Blakey, is on the steering committee chair for 40:40 Vision and says:

“By creating more equitable and inclusive workplaces, these companies will reap the rewards, because there’s compelling evidence that better gender balance in leadership is not just fairer, but also good for business – resulting in better performance, better profits and better corporate governance.”

“This shows the positive outcomes that can be achieved through constructive engagement between investors and companies. As investors, we share a common goal with companies of improving long-term performance, and gender diversity is an important part of that.”

In here Australia, we have a disturbing and troubling problem when it comes to the issue of sexual assault. With reports of sexual assault in our schools, universities, corporate and political offices, it’s clear that we’re in deep need of a cultural shift.

Any cultural shift will require support from our courts and parliament, which is why the NSW government announced that it would be changing its laws around sexual consent. After a law reform commission review and numerous campaigns, the NSW government will be adopting an affirmative consent model. Under the new reforms:

The reforms make it clear that consent must be a free and voluntary agreement, also affirming a person’s right to withdraw consent at any point and making it clear that if someone consents to one sexual act, it doesn’t mean they’ve consented to other sexual acts.

In short, rather than working off the old “no means no”, we’ll now be operating under the much clearer “yes means yes”. Sexual consent will no longer be defined by a lack of refusal but rather a lack of consent.

For the past year, racial tensions have been high all around the world. In America, we had the deaths of George Floyd and Breonna Taylor, drawing attention to the disproportionate amount of black American deaths in the country. Misinformation around COVID has also heightened racial violence against those of Asian descent, with many of the elderly horrifyingly being physically assaulted not only in America but the UK and Australia as well.

Along with outpourings of support, many have called on companies to improve their diversity and equality, noticing the distinct lack of POC in many leadership positions. More importantly, a distinct pay gap between POC and their caucasian counterparts could no longer be ignored.

Currently, unlike gender pay gap reporting, it’s not a legal requirement for a country to publish pay-related data based on ethnicity or race. However, many have stated that it should now be mandatory for companies to disclose their ethnic pay gap.

And you know what? I think it’s a great idea. After all, Australia too has an ethnic leadership gap and likely has an ethnic pay gap, but how can we know for sure and take steps to fix the issue when it’s not measured regularly? As I always say, what gets measured, gets done.

A report released by the Australian Human Rights Commission, University of Sydney, Asia Society Australia and Committee for Sydney called “Leading for Change” examined our country’s corporate cultural diversity. And, to no one’s surprise, it’s found that we’ve maintained a "disproportionately low level" of cultural diversity in leadership for the past two years.

“97 percent of chief executives have an Anglo-Celtic or European background. This is a dismal statistic for a society that prides itself on its multiculturalism. Clearly, there remains an Anglo-Celtic and European default when it concerns the cultural background of senior leaders in Australia.”

In a country where only 66% of the population was actually born in Australia, this lack of representation is abysmal. The fact is that it hurts profits as well. Looking at the bottom line, the report also found that companies with the most ethnically diverse executive teams were 33% more likely to outperform their peers when it came to profitability. Meanwhile, those without ethnic diversity were 29% more likely to underperform. And, while this is something that needs to change, it requires great changes to the way our businesses run. As said in the report:

"The current pattern of representation in leadership may not be conducive to culturally diverse talent being retained in Australia… The key is a culture in which different leadership styles can co-exist. And to make such culture mainstream, we need to address the systematic questions of data, organisational make-up and the elite's acceptance that things need to change."

The report ends by suggesting the introduction of targets to foster diversity and achieve a more level playing field for POC in Australia with a diversity target of 15% representation. In order to change the existing biases that are built into our current leadership and management, we need both training and a hard change. So let’s get to it!