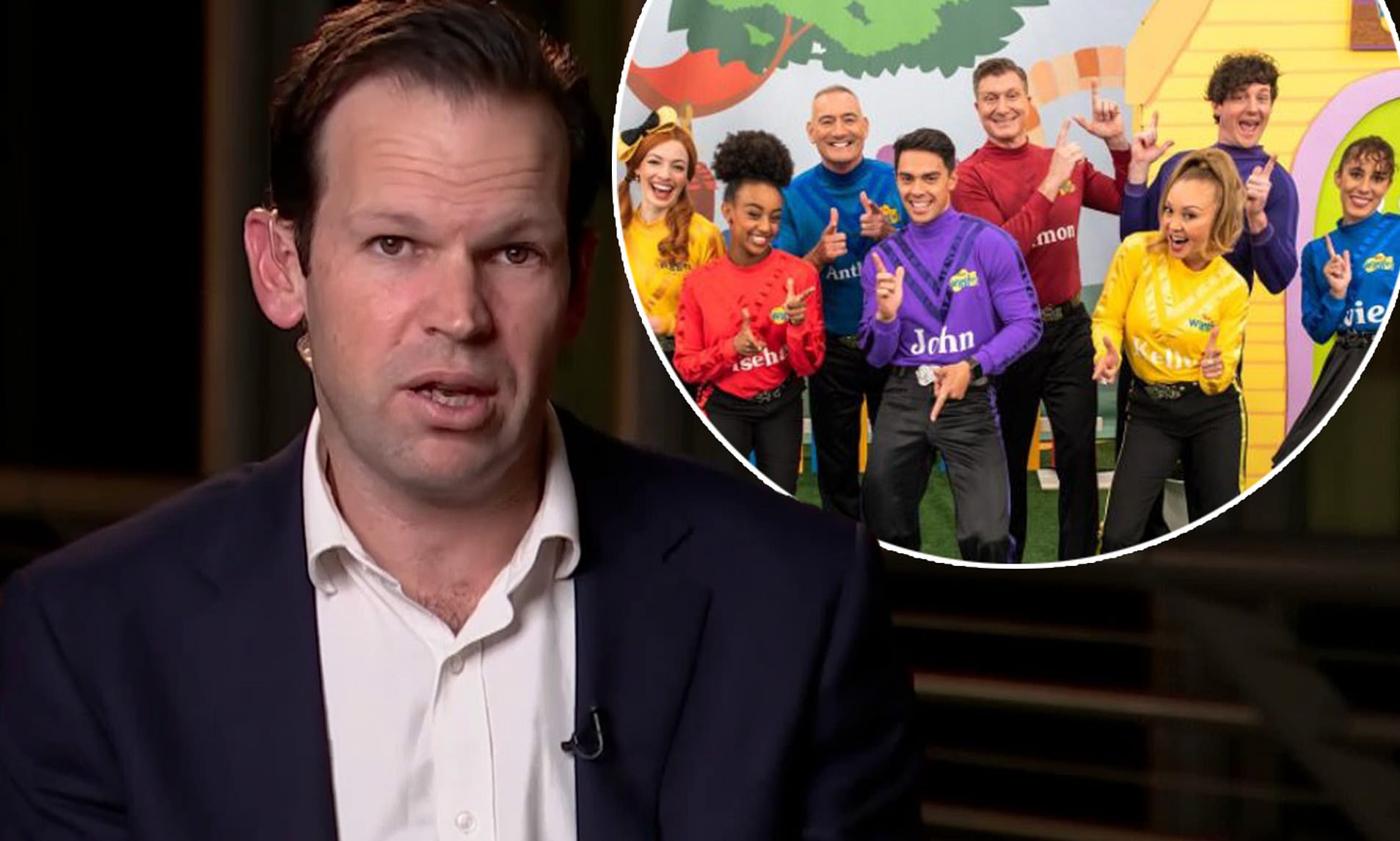 We've been constantly checking the calendar this week to make sure it's still 2021 and we haven't time travelled back to 1971.

It feels like we've lost a few decades as we read reports of women living in fear while working on mine sites in Western Australia; Ash Barty being paid less than half of her male counterpart at the Cincinnati Masters; and new research showing women reported doing an average of 61% of household tasks, including home schooling, during the second week of July, while their partners did 39%.

But it's not all disappointing news, we've been incredibly uplifted by the passion of The Digital Picnic founder Cherie Clonan. She's inspired businesses to donate 15 "secret apartments" to house victims of domestic violence. Clonan says it's not a seven-figure salary and multiple expensive cars that she craves, but helping women escape the unthinkable. What a remarkable woman!

Distressing evidence from a parliamentary inquiry this week revealed widespread sexual harassment and assault of women at Western Australian mine sites.

BHP revealed it has received 73 reports of inappropriate sexual behaviour at its mine sites in the past two years, with 48 workers fired as a result. There were also a number of sexual assaults, with more reports still under investigation. One female former worker told the ABC: "I'm seeing new young girls come to site … and you'll get a lot of males, either they'll vocalise or they will indicate in other ways … she's just seen as meat."

"Mine sites have to be more secure,” he said. “That means more security guards, more lighting, more CCTV, safe places, chaperones. "There's a whole range of things we've got to do better to make sure that women are safe at all times on our mine sites."

While we commend Everingham for wanting to improve conditions, it’s horrifying that in 2021 women still need to be kept “safe” on worksites. Every employee, male or female, has the right to walk freely around their workplace without requiring a chaperone to protect them from harm. Everingham is also calling for more women to be recruited to the mining industry, as the sector is currently composed of only 20% female employees.

In 2016, BHP set its target to achieve a gender-balanced workforce by 2025. However, the company has only increased its percentage of female workers from 17.6 to 29.8%. In 2021, more than 61% of Rio Tinto’s graduate intakes were female compared with 49% in 2019. Chevron said it is aiming for 50% gender diversity for hired graduates.

We acknowledge that mining companies are seeking to improve the gender balance, but a lot more needs to be done to ensure the young women they are recruiting aren’t being sent into toxic environments that threaten both their mental and physical wellbeing. At this point, it’s infuriating.

The Wiggles added four new racially diverse characters to its line-up this week, which should be a cause for celebration, but instead it’s been slammed on social media.

In a move aimed at making the group more culturally inclusive, the new members will appear in a YouTube series called Fruit Salad. They include Tsehay Hawkins, 15, who is originally from Ethiopia; Evie Ferris, 24, who is Indigenous; Kelly Hamilton, 45, who is Asian-Australian; and finally John Pearce, 28, who has Filipino heritage and is part of pop group Justice Crew.

Controversial Queensland Nationals senator Matt Canavan told News Corp: “The Wiggles are free to do what they like. It was nice while it lasted. But you go woke, you go broke.”

Canavan’s comments are absolutely ridiculous. The term ‘woke’ has been trivialised into a notion of bored keyboard warriors who have nothing better to do than demonstrate how socially aware they are. As a result, people use the term as a gaslighting effort to tear those who are conscious of their humanity and the times we live in. Even Canavan’s fellow Nationals politician Darren Chester said his comments were “offensive, disrespectful and totally lacking in any compassion”.

Social media trolls have left similar ugly comments on the official announcement on Twitter failing to understand the fact that they’re incorrect: diversity in entertainment DOES sell.

New Australian Bureau of Statistics (ABS) data shows the women’s jobs boom in NSW has been halted by the Sydney lockdown, which has subsequently been extended to regional areas.

In the year to May 2021, women’s employment in NSW increased by almost 200,000, which outstripped growth in male jobs during that period by two-to-one. The number of employed women in the state reached a record high in May of just under two million but ABS employment figures show 39,900 women dropped out of the labour market in July.

ANZ economist Catherine Birch told The Sydney Morning Herald one reason for the fall in women’s employment is large female-dominated industries such as retail and hospitality are disproportionately affected by lockdowns. Women have also withdrawn from paid work because of additional domestic tasks such as home schooling.

Sydney University’s Institute of Transport and Logistics Studies has found women reported doing an average of 61% of household tasks, including home schooling, during the second week of July, while their partners did 39%. The disheartening news follows our report last week that showed Australian men are earning $260 a week more than women as the gender pay gap widens during COVID-19.

Australian Bureau of Statistics data revealed average weekly earnings for full-time adult men grew by 1.8% to $1837 in the six months to May, while for full-time women it increased by just 0.9% to $1575.

"This was partly explained by the high average earnings growth in the construction industry, which has a high proportion of men," the ABS said.

Sally Moyle, from the ANU Gender Centre, told ABC News: “This shows that funding the Federal Government shovelled into the construction industry and the trades through the first round of COVID has paid off. It’s worked for men, but unfortunately we’ve overlooked the caring professions that women predominate in – the hospitality and retail sectors. “When we entered the first round of COVID, it was a great revelation that caring is an essential service, but since then we haven’t done the hard yards to improve the wages of women in the caring professions in particular.”

With the Sydney lockdown looking set to continue into at least October, employers must ensure that both genders have equal access to flexible working conditions to ensure the burden of domestic tasks doesn’t default to women and lead to a continued exodus from the workforce.

Ash Barty won the Cincinnati Masters this week, but she lost when it came to gender equality in prize money.

Barty was overjoyed to become the first Australian to win this tournament since her idol Evonne Goolagong Cawley did so 48 years ago in 1973. However, she was only awarded $357,000 AUD for her triumph, while men’s champion Alexander Zverev took home $918,000.

The total prize money on offer from the Association of Tennis Professionals (ATP) this year for the men increased 14.75% to $US6.8 million, while the prize pool for the women from the Women’s Tennis Association decreased 6% overall compared to 2020, down to $US2.96 million.

While the four grand slams have recently moved to offer equal prize money for men and women, it’s a very different playing field for smaller tournaments.

The discrepancy has led to ‘equal pay for equal play’ calls across social media and among tennis commentators. The debate over prize money has been a talking point since 1973, when tennis icon and equal rights activist Billie Jean King defeated former World No.1 player Bobby Riggs in the famous 'Battle of the Sexes' match.

While King changed the public perception of women's tennis, we find it shameful that it’s still an issue almost 50 years later. It’s time for the FTP and WTA to join forces, get to work and even the playing field.

It has swelled our hearts to read about companies following The Digital Picnic’s lead and donating apartments to accommodate victims of domestic violence.

The Melbourne-based digital marketing training company revealed on LinkedIn in July that it has a “secret apartment” that it donates to an NFP, which uses it to accommodate victims of domestic violence.

Founder Cherie Clonan said: “We picked this particular apartment because it is - by design - perfectly suited to becoming a ‘safe house’ - i.e a perpetrator has to get past three security doors and one full-time security guard to even get to the front door.”

Clonan has been blown away by the response to the LinkedIn post, which has generated more than two million views to date. ”When we shared that post, two large - think global - companies following us on LinkedIn reached out to me to ask how they could become similarly involved, and subsequently donated 15 apartments for the same purpose: accommodating victims of domestic violence.

“We’re a tiny, tiny business. There are still months that we have that don’t yield a profit, but to think this is the impact we made by sharing that we have a “secret apartment”? … Pinch us.”

The Digital Picnic’s secret apartment costs $21,000 per annum in rent, but Clonan said it “changes entire lives for the people who live within it to escape from - and heal from - horrific trauma.” Following publicity around the initiative, the company has secured $10,000 in funding, which it is putting towards another year of rent on its apartment.

We can’t get over how Clonan described her motivation in a post: “I just wanna be profitable so that I can do this. This, and only this.” And we hope that she is too!

Until next week, stay safe and be kind to yourself,
Team Remarkable