Founder’s Weekly: Something’s rotten in the state of AusPol 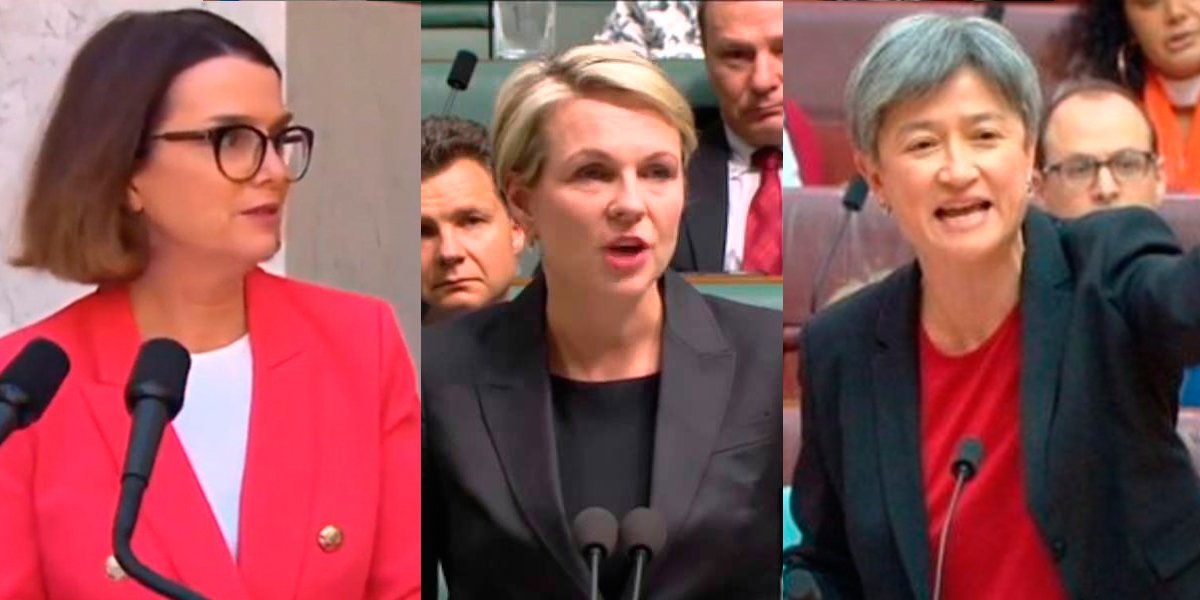 Here’s what you need to get up to speed on.

So much has taken place this week in the Australian Government that I wanted to dedicate this newsletter completely to discussing what’s been happening, especially as we as women find ourselves at the centre of it.

At long last, our Prime Minister has acknowledged the severity of the issues Australia experiences with sexual harassment, violence and discrimination.

Something’s rotten in the state of AusPol

It’s just been hit after hit and scandal after scandal for the Australian Government lately.

We’re all aware of the current situations regarding Brittany Higgins (who has recently lodged a formal complaint with the Prime Minister's Office, accusing its staff of spreading rumours about her partner) and Christian Porter (who is expected to be stripped of his Attorney General role this weekend).

And the surprises just kept on coming this week.

And yet, it seems he has not learned his lesson as he has taken yet ANOTHER video of himself performing ANOTHER sex act, this time, in his boss’ office. And history has repeated itself as he has been fired yet again. It seems that staffer X is not alone, though. The news has also reported an entire group of Coalition government staffers who are exchanging pictures and videos among themselves of sex acts performed in Parliament House.

Of course, consensual sex acts at work (while incredibly unprofessional) are one thing, but let’s not ignore the rampant harassment and assault that continues to take place in our Parliament. Not to mention the toxic work culture that this kind of behaviour creates, especially for women. Lidia Thorpe, Senator for the Greens, has also recently revealed that she had been harassed on multiple occasions by two federal Senators and two MPs. In the six months she’s been in federal Parliament, Thorpe has been subject to:

- A male MP entering her office, looking her up and down and saying, “I want to take you out for dinner”, and then calling her office repeatedly to ask why she hadn’t accepted the offer.

- A male Senator waiting (on multiple occasions) to walk behind her in corridors and putting his arm around her when walking into the Senate chamber. And let’s be honest here, he wasn’t walking behind her to be respectful.

- Even more suggestive remarks from other politicians, as well as comments about what she was wearing and eating.

I’d just like to draw attention to the fact that these events are merely a few instances of what has been a very long list of the Australian Government’s history of sexism and harassment against women. A list that includes:

- Former senator, Natasha Stott Despoja, being told, “You should really wear more skirts” by another Senator.

- Tony Abbott, who once stated that "abortion is the easy way out" — appointing himself as the Minister for Women.

- Tony Abbot lending legitimacy to sentiments like “ditch the witch” and “bitch” (referring to Julia Gillard) by allowing himself to be photographed in front of placards bearing those words.

- Liberal senator Bill Heffernan saying Julia Gillard was unfit for leadership because she was “deliberately barren”.

- Tony Abbott stating that his daughters were his “best assets” and “If you want to know who to vote for, I'm the guy with the not bad-looking daughters.”

- Tony Abbott describing Liberal candidate, Fiona Scott, and former Liberal MP, Jackie Kelly, as "both good, young, feisty — I think I could probably say have a bit of sex appeal."

- ScoMo giving a speech on International Women’s Day in 2019 and stating “women deserve to rise but not at the expense of men”.

- ScoMo failing to attend the recent March 4 Justice because he was “too busy.”

- Peter Dutton referring to rape allegations as a “he said, she said affair”.

- ScoMo excusing a member of staff for calling a rape victim a “lying cow” because “the comment was made in a private office, in a stressful week”.

Look, I could go on, but I think you get the idea. And it seems like at long last, our government is waking up to the fact that workplaces can be deeply sexist, a toxic place for women, and one that is rife with sexual assault. Recently, Scott Morrison gave another speech:

“We must get this house in order. We must put the politics aside on these things and we must recognise this problem, acknowledge it, and we must fix it. This has been a very traumatic month…

Let me tell you what I have heard. Women are too afraid to call out bad behaviour for fear of losing their job or being intimidated in their workplace – that is not OK.

I have heard that women are overlooked, talked over by men, whether it is in boardrooms, in meeting rooms, in staff rooms, media conferences, cabinets or anywhere else – overlooked and treated like they have nothing valuable to contribute.

Whether this is unconscious deafness and blindness, or whether it is wilful malevolence that is behind all of this, it must be acknowledged. It must be called out, and it must stop,” he said…

This is not something that is of a scale that any government can simply change, it is something we must change as a society because we know it happens all over this country,” Morrison said. “But for me and my house… we must take responsibility. It’s our problem here, it’s our responsibility here, and I’m committed to dealing with that.”

Look, it was a good speech. But it should have come much earlier and still failed to address Morrison’s own part in recent events. After all, how did ScoMo supposedly know about an alleged (now proven to not even have occurred, much less lodged) sexual assault claim at NewsCorp but not the happenings of his own party? How can we believe him when he’s been so quick to weaponise another woman’s alleged trauma in an attempt to deflect from his own shortcomings as Prime Minister? How can we believe in Morrison’s pretty words when he hasn’t even taken decisive action with regards to Christian Porter?

We need actionable and measurable changes. Thankfully, it seems like the merit and imperative of quotas are being recognised in the Liberal party – especially after its success in Labor. It’s a small step – but a significant one.

We keenly await the much-needed action to occur. And rest assured we’ll be keeping you updated with its progress.