Founder’s Weekly: Exciting must-read announcements from WGEA, AusGov’s approach to sexual assault, and how Canada is investing in women. 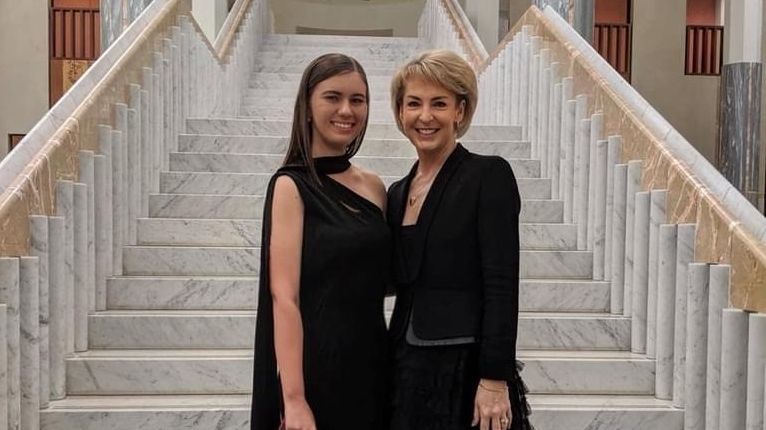 Here’s your one-stop-shop of women's news for the week! Get up to date on everything you need to know now.

With International Women’s Day just around the corner, we’re going to take a look at how Australia stacks up in terms of our gender equality. We also have some exciting announcements from WGEA and the Canadian gov and more!

Enjoy your catch up as you cruise into the weekend.

WGEA releases their Employer of Choice for Gender Equality

The Workplace Gender Equality Agency has released a list of 119 organisations that have been given the Employer of Choice for Gender Equality citation. The citation (which was launched in 2014) is designed to encourage, recognise and promote active commitment to achieving gender equality in Australian workplaces.

According to the WGEA, this year’s recipients show five major trends in supporting gender equality:

It’s refreshing to see these results come through and I take my hat off to each business on this list as they pave the way and set a good example to deliver on gender equality in the workplace.

With International Women’s Day just around the corner, I’d like to come back to the ongoing events taking place around Brittany Higgins.

Firstly, the AFP has issued the MPs a stern warning about their failure to report Brittany’s sexual assault correctly, further stating that any delay would lead to a real risk of perverting or defeating the course of justice. Secondly, since last week, two other women have alleged the same man also assaulted them, while other women have come forward alleging incidents with other individuals.

Sadly, what this has shown us is that sexual misconduct, assault, and harassment is still rife in Australia. More distressingly, it’s an issue that is prevalent within our lawmakers – the very people we are trusting to improve Australia’s problem with violence against women. In fact, a  recent survey of political staffers found that one in eight staffers had been sexually harassed or assaulted in the workplace in the past year – and two-thirds of respondents were reluctant to report it due to concerns that would imperil their careers.

Furthermore, more than three-quarters of staffers surveyed by the Commonwealth Public Sector Union (CPSU) did not believe the Department of Finance would support them if they reported serious workplace incidents, igniting calls for an inquiry into the Parliament’s workplace culture to be widened.

According to CPSU national secretary Melissa Donnelly said the union had raised the problem of sexual harassment and bullying in every workplace safety meeting with the Department of Finance for more than two years, “with almost no action taken”.

“Staff often feel that reporting incidents will go nowhere and would have detrimental effects on their career prospects.”

Former Labor MP, Emma Husar, has affirmed what other party members have said, outright stating that the Labor Party has a problem with women.

“I have waited too long for the right thing to be done, and I can no longer sit and watch woman after woman be treated poorly by the tacit approval given when our male leaders take the ‘political power, before women’s safety’ approach.

The Labor Party can not pretend that poor treatment of women exists on only one side of the political divide.”

The gender pay gap has dropped

That said, while this is good news, men in Australia are still out-earning women by $242.20 per week. What’s more, according to Libby Lyons, director of the WGEA, the drop in the pay disparity is more due to market changes during the pandemic than improved structural changes for women in the workforce. Furthermore, Lyons expects that as we come out to the pandemic, we’ll see men’s wages increase, with little to no changes in women’s wages. Watch this space.

The Government of Canada has invested $1.6 million in projects that focus on advancing gender equality and women’s empowerment. The three projects that will receive funding are: