Founder's Weekly 25th Feb 2022: US women finally get recognition that they can kick a soccer ball just as well as male players 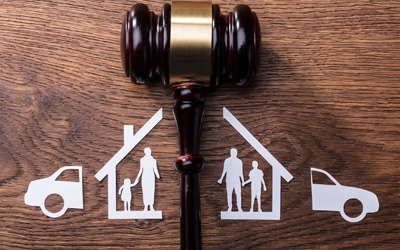 The Matildas did it in 2019. Now our American sisters have won an historic fight for equal pay for female and male soccer players.

From yesterday until the early hours of this morning, the world watched as Russia invaded Ukraine.

Before you read this week’s Founder’s Weekly, I wanted to acknowledge the wretched heartache and fear being experienced in this moment. Hurt is not okay, war is never okay and so, I hope you’ll join me in waging for peace and unity in this period of uncertainty and hopelessness.

My heart goes out to all those affected - you are not alone.

Yet this week, we have an opportunity to celebrate an incredible victory for equal pay.

If you told the world that we’d be seeing female soccer players on tv twenty years ago, the comments would rave on in protest.

Back then, tv networks stuck to the story that audiences didn’t want to watch girls or women kick a ball. And, even if they did, the players didn’t seriously think they were going to get paid the same amount as a man to do it, right?

Thankfully, times have changed and, today, we cheer on and celebrate female athletes conquering the national and world stage.

This week I’m celebrating our American sisters joining the Matildas in their progress on equal pay.

It will, I hope, have a domino effect.

The World Cup-winning women’s soccer team and their bosses have argued about fair treatment, including equal pay and perks such as the same charter flights, for six years.

The drive towards equality started when five-star players filed a complaint with the Equal Employment Opportunity Commission accusing the governing body, U.S. Soccer, of wage discrimination.

Other inequalities mentioned by star players included smaller bonuses, appearance fees and even meal money while they were in training camps.

In fact, they suggested that all up, they were earning as little as 40 percent of what the men’s team were paid.

Then it was back to that old argument – some members of the Federation Internationale de Football Association briefly argued that men’s soccer drew higher television ratings and so they deserved more money.

What happened next is truly heartening. The public jumped in to support the women’s argument, even chanting ‘equal pay’ at games, and the female team took to social media to fight their case.

The female soccer players also drew support from fellow athletes, celebrities, politicians and even Hillary Clinton who tweeted: Wouldn’t want to face these women on the field or in the courtroom. Every woman deserves equal pay.

Now a group of several dozen current and former players including some of the world’s most popular athletes are on track to share $24 million in payments from U.S. Soccer.

Part of that money is back pay, a timely admission that women should have been paid the same as men for years.

U.S. soccer has also pledged to pay equal pay in all competitions, including the World Cup but, one caution, talks between the players’ union and the organisation could take months.

U.S. soccer star Megan Rapinoe told  Today: "For us as players I'm just so proud of the way we stuck together and really just kind of put our foot down. This is a huge win for us."

She said her generation could leave the game knowing that it is a better place than when they found it.

Norway, Australia and the Netherlands are among the countries whose soccer federations have already committed to closing the pay gap between men and women.

Sports fans may remember that, in November 2019, Australian women's football team, the Matildas,  struck a deal for equal pay and entitlement and it’s truly uplifting to this progress start to pursue a domino effect.

Moves to address the gender pay gap in superannuation

For women who leave the workforce to have a baby or those who divorce after a period of not working, there’s one, big, financial loss that can be difficult to recover from.

While they’re raising a family, or looking after a home and a partner rather than earning their own income, their superannuation contributions are suspended, and their retirement nest egg is in free-fall.

But now  The Association of Superannuation Funds of Australia (ASFA) has called for the introduction of a $5,000 Super Baby Bonus payable into people’s superannuation following the birth or adoption of a child.

At the same time, family law proceedings have sought to give women more information about their partner’s super in divorce proceedings.

According to ASFA chief executive Martin Fahy there is a significant gap of 23.4% in superannuation balances between men and women as they approach retirement.

The ASFA said the $5,000 payment, proposed in their pre-Budget submission, could benefit up to 300,000 women a year and be equivalent to the amount that a person would receive from Super Guarantee (SG) contributions on a $60,000 wage.

The ASFA pre-Budget submission also looked at other ways to boost the super balances of low-income earners and gig economy workers – predominantly women – including targeted payments depending on people’s income, balances and age.

Some other good news on the super front: from July this year, Australians earning less than $450 a month before tax will be paid superannuation for the first time.

According to Superannuation Minister Jane Hume says this will benefit 300,000 Australians, two-thirds women.

Meanwhile, changes to family law proceedings starting April from 1 mean those involved in divorce settlements can apply to the courts for information from the Australian Taxation Office about their ex-partner’s super.

What it means in practice is that women who require details of their ex-partner’s retirement savings as part of their divorce property settlement will no longer face extensive delays and costly legal fees.

In the wake of this advance, Industry super fund HESTA has introduced a new streamlined, plain-language  Simpler Super Splitting form.

Closing the gap in superannuation is much needed, a cause that remains close to my heart as a mother, and I cannot help but feel empowered to see HESTA stepping up to bridge language accessibility and inclusivity on top of all of this

The ability for all, from varied walks of life, to understand their super is a game-changer, especially for women’s financial freedom and independence.

Women in the financial services sector are paid 29.5% less than men

I’m not sure whether to cheer or jeer, about this next bit of news.

But I guess women will take the wins, however small, if it means forward momentum.

The Workplace Gender Equality Agency has released a report that has found financial and insurance services are “making strong progress” in reducing their pay gap.

What this means in practice is that the gap has fallen to 29.5 percent.

Even worse than this appalling figure is the pay gap in the construction sector – 30.6%.

But here’s the positive: the report found the financial services industry has made strong progress since 2013, reducing its gap by more than one percentage point each year.

Depressingly, this was the second-largest reduction out of the 19 industries surveyed.

This is the part where I boo!

Reducing the gap is great but can we do better than 1 percent?

Meanwhile, from around the world …

* Russia invades Ukraine, shattering peace in Europe and across the globe. Air raids and missile strikes cause thousands to flee.

* France has extended the time limit in which women may access an abortion from 12 to 14 weeks. The time is still lower than in some other European countries.

* Iraqi girls in regions of conflict are being empowered by Free to Run, an NGO that offers sport, offering them life-skills training, and safe spaces for them to develop confidence and friends.

Have you felt the financial impact of taking time out to have a family? I’d love to hear your story.  Send me an email at hello@theremarkablewoman.com.au