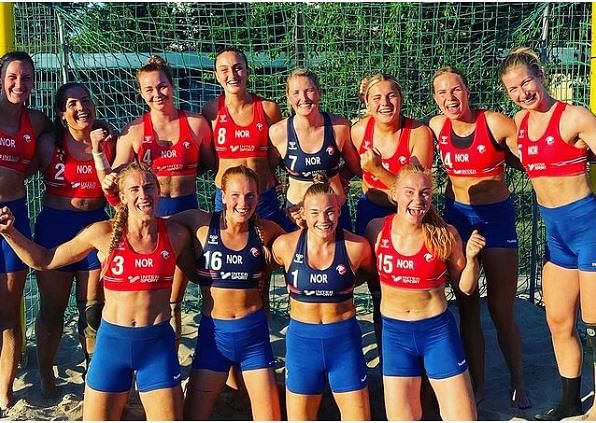 Inclusive behaviour applies to people of all sexual orientations, genders and races, whether they're in the Olympics or a parent seeking family leave.

The Tokyo Olympics have kicked off and we’re cheering for our Aussie athletes from far away! It’s great to see the Olympics move closer to gender equity among the athletes and we applaud their efforts to make these Games the most inclusive in history. But there’s still a long way to go before true equality is reached and if we look to our shores, we’d like to see IOC President John Coates role model behaviour from the top - his bullying behaviour towards Queensland Premier Annastacia Palaszczuk was unacceptable this week.

As lockdowns continue and grow across Australia, we hope you’re all staying safe and looking after yourself as well as you can. At least watching the Olympics is adding some excitement to our long days at home!

It’s only taken 125 years, but the Tokyo Olympics are being hailed as a “turning point” for gender equality at the Games.

The Olympic Games have come a long way since the first modern event was held in 1896 in Athens. It didn’t feature a single female competitor. Four years later, the 1900 Games in Paris had 2.2% women athletes. Out of a total of 997 athletes, 22 women competed in five sports: tennis, sailing, croquet, equestrianism and golf.

The International Olympic Committee (IOC) has also been working toward achieving more gender equity when it comes to athlete quotas and event programming.

The Games will also feature new events for women, such as the 1500-metre freestyle, and more mixed-gender teams.

But there is still much work to be done. Women only make up 33.3% of the IOC executive board and 37.5% of IOC members. And there’s a long way to go when it comes to equal pay.

A prime example is the US women’s soccer team, which has been the most successful international soccer team in the world since 1991. It has secured four World Cup titles and four Olympic gold medals, but its players only take home 89 US cents for every dollar paid to men, and earn far less in prize money and bonuses for their wins.

We applaud the 2024 Olympic Games pledge of full gender parity and call for equal pay for female athletes. Let’s see if they pull through on their word.

It was concerning to see IOC president John Coates’ behaviour at a press conference in Tokyo this week.

He was accused of patronising Queensland Premier Annastacia Palaszczuk by demanding she attend the opening ceremony of the Games in Tokyo after she said she wished to watch from her hotel room because of the pandemic.

“You are going to the opening ceremony,” he announced. “There will be an opening and a closing ceremony in 2032 and all of you, everyone there, has got to understand the traditional parts of that, what’s involved in an opening ceremony. None of you are staying home and going to be sitting in your room.”

Among those expressing their concerns about his behaviour was Triple J’s Shalailah Medhora, who said: “Can you imagine John Coates talking to a male Premier this way? It’s beyond belligerent.”

Former Swimming Australia CEO Leigh Russell was equally outraged. “This is disgusting. And yet another example of how women are treated in sport,” she wrote on Twitter.

We hope to see the 2032 Brisbane Olympic Games feature an organising committee with 50-50 male and female representation and a stronger focus on inclusive behaviour at all levels.

It was shocking to see the Norwegian women’s beach handball team penalised last weekend for wearing shorts rather than bikini bottoms during the Euro 2021 tournament.

The team chose to wear thigh-length bike shorts instead of swimwear when they played against Spain and were hit with fines of €1,500 ($2,400) for their “improper clothing”.

While men are allowed to play in tops and shorts “no longer than four inches above the knee” in beach handball, women are forced to wear midriff tops and bikini bottoms that must be “cut on an upward angle toward the top of the leg” with a maximum side width of 10 centimetres.

Fortunately, the Norwegian Handball Federation supported its players and announced it would pay their fines.

"We are very proud of these girls who are at the European Championships in beach handball,” the NHF stated on Twitter. “They raised their voice and told us that enough is enough. We are the Norwegian Handball Federation and we stand behind you and support you. We will continue to fight to change the international regulations for attire so that players can play in the clothing they are comfortable with."

Norwegian Handball Federation President Kåre Geir Lio told NBC News that Norway has campaigned since 2006 for shorts to be officially considered acceptable in beach handball, and will submit a motion to change the rules in an extraordinary congress of the IHF in November 2021.

"It's not [appropriate clothing for] the activity when they are playing in the sand," she said.

No one should be forced to wear revealing clothing that they are uncomfortable in. End of story.

Equal rights needed when it comes to parental leave

A growing number of firms are improving their parental leave policies, but the Federal Government is still lagging too far behind.

Its minimum rules around parental leave stipulate that mothers are entitled to up to 18 weeks of pay at the minimum wage and working fathers and partners are eligible for up to two weeks.

By stark contrast, in his first day in the job as CEO of KPMG last year, Andrew Yates announced that all new parents at the company would get 26 weeks of paid parental leave, with no waiting periods, tenure guidelines or distinctions between primary and secondary carers.

“We’re advocating for this parental leave policy, so I’m encouraging all major employers to contemplate a policy like this,” he told the Australian Financial Review. “It’s less about competitive advantage and more about doing what we think is right.”

Since Yates spoke out, a slew of other firms have followed. This week EY (formerly Ernst & Young) dropped a requirement that staff should work at the firm for at least five years before accessing 18 weeks of paid parental leave.

Its family leave policy provides 18 weeks of paid parental leave, which can be taken flexibly by either parent during the 24 months after the child’s birth. The policy applies to stillborn birth, adoption, and surrogacy and can be taken as block leave or on a part-time basis

The Remarkable Woman team believes parental leave for both parents is key to gender equality in the workplace. We need to move away from societal norms that only mothers are the ones that want or need to stay home with their babies.

Fathers also want that choice. It needs to be offered and role modelled from the top, in order to remove the stigma against men taking parental leave.

Doing so will help women and gender equality in the workplace too.

The Federal Government fails to recognise this by only offering paid leave for mothers. Every woman is different - some may choose to go to work immediately and have their partners be the stay-at-home carer. The government should step up and acknowledge this through its policies, not leave it up to private enterprise to set the agenda.

It’s great to hear that the Pakistan government has acted to improve the property ownership rights of women.

Its new Enforcement of Women’s Property Rights Bill protects women’s right of ownership and possession of property and ensures that the rights are not violated through harassment, coercion, force or fraud.

“It offers an effective and speedy grievance redressal mechanism under which any woman deprived of ownership of property or possession of her property, may file an appeal to the ombudsman if no proceedings in a court of law are pending regarding that property,” the law says.

While women make up half the population of Pakistan, they still face many legal barriers to access, own and administer property.

We hope the new law will be a step in the right direction in resolving disputes regarding women’s rights when it comes to property.

Until next week, stay safe and keep on,