Founders Weekly: 23rd April, 2021: 2 guys invent period gloves for women, why are we asking about Derek Chauvin’s wife, and #IStandForRespect 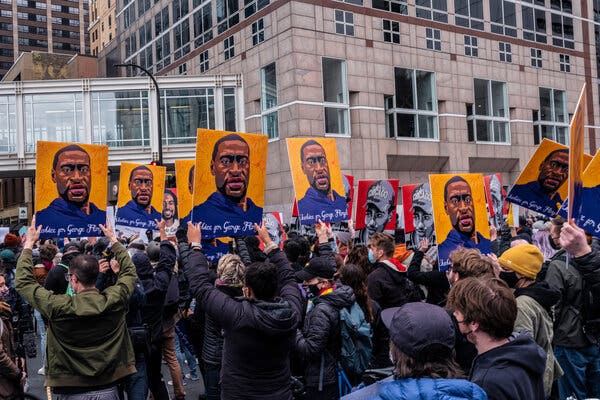 With May just around the corner, we’re more than a quarter through 2021 (scary, I know!) and well, what a year it’s been.

It seems the madness never stops…

Among a great deal more, this week saw “period gloves” (naturally invented by two males) actually receive VC funding in Germany and the conviction of Derek Chauvin who murdered George Floyd sparking a media attack on his innocent ex-wife.

The gloves are off

Just when you think it couldn’t get any worse, two men in Germany have created a disposable glove to remove tampons (something that women apparently need because periods are, and I quote “icky”). However, not only has this bizarre product been created, but it’s also received investment on the German TV show “The Lions’ Cave” (similar to Shark Tank) - a whole €30,000.

According to the creators of “Pinky Gloves”, they created this product because they realised that there was “no good solution when it comes to the disposal of tampons” and they wanted to create a “safe feeling for women”.

Well, I don’t know about you, but this is certainly the first I’ve heard of women feeling “unsafe” when removing a tampon.

The irony of men trying to create a product that is dedicated to women’s health is stark. They’re trying to solve a “problem” that simply doesn’t exist. Tampons have strings or applicators. Bathrooms have soap and running water with which to wash our hands. Even if we did decide to use a glove, supermarkets sell disposable gloves - there’s no need to buy a dedicated period glove which would, no doubt, be subject to the pink tax.

What bothers me the most about this though is that on the same television show, Ooia, a Berlin-based startup that sells period undies and nursing bras, received example zero backing. These are products that women would actually use, and yet they were overlooked in favour of the period glove. It only highlights the issue of women struggling to be taken seriously with their business ventures and attract investor funding. Of course it's not because they don’t have great ideas, or because their skill sets as a founder are ‘unbackable’ but because the bias held towards male founders and against female founders, simply works against them.

If you ever have someone question that fact, remind them of that time not too long ago (ahem, just last week in 2021!) 2 german guys thought it was a good idea to invent gloves for women’s periods...and managed to get funding for it.

What a world we live in…

Why is the media targeting Derek Chauvin’s ex-wife?

As many of you will know, news of Derek Chauvin’s sentence rocked the world this week, with the former cop being found guilty of the second and third-degree murder and manslaughter of George Floyd. It was a massive relief and tremendous step forward for the many Americans who have been increasingly worried and horrified by the state of police brutality in the US. It’s huge news - so why is it that I’m seeing headlines about Derek Chauvin’s innocent wife instead?

Chauvin’s ex-wife has nothing to do with the case, and in fact, many of the articles detail how she wants to change her name so that she is no longer associated with Chauvin. So why are news outlets mentioning her name and posting her picture? This is a woman who has explicitly stated that she does not feel safe after her divorce, and yet the media continues to splash her identity all over the internet.

What’s even worse is that multiple articles are now claiming that her brother was one of the cops involved in Floyd’s death. Why? Because one of the cops was Asian and Chauvin’s ex-wife is Asian. Sadly, this is just a further indication of the blatant racism that is currently running rampant in America. And what is this for? For clicks and page views. It’s a sad indictment on the current state of our media that eyeballs on a page are considered more important than the safety of a woman… and yet… I’m not surprised.

Now that the landmark Respect@Work report has finally been accepted by the federal government, private companies are starting to take notice. As stated by the CEO of the Diversity Council of Australia, Lisa Annese:

“Sexual harassment has been unlawful in Australian workplaces since 1984, yet it’s still a problem. Now is the time to move from words to committed, collective action.”

And so, in a pledge coordinated by the Diversity Council of Australia, more than 100 CEOs have signed on to do two things:

While this is a step in the right direction, I’d like to exercise a word of caution - it’s very easy to pledge your support - words are cheap, after all. But you must have practices and role modelling in place to actually ensure a safe workplace for women. Words are easy, actions are not - and that is what we need. Now that the pledge has been signed, we want to hear and see examples of what they are doing to enact the change they’ve pledged to create.

In tragic news, nine-month-old baby Kobi has been found dead in a murder-suicide in which her father (Henry Shepherdson) jumped off the Whispering Wall with her attached in the child carrier.  According to the police, initial investigations revealed a history of domestic violence between Mr Shepherdson and Kobi's mother. He was also listed to appear in the Adelaide Magistrates Court on the day of the tragedy, attempting to appeal court decisions that had barred him from coming within 200m of his family.

As stated by anti-domestic violence campaigner, Arman Abrahimzadeh, this just highlights the need that we need improvements to our court system. This is not the first time that abusive parents have taken out their personal issues on their children… often fatally.

It’s a tragedy that never should have happened. Yet another innocent life taken due to domestic violence and a system that isn’t doing enough to stop it.