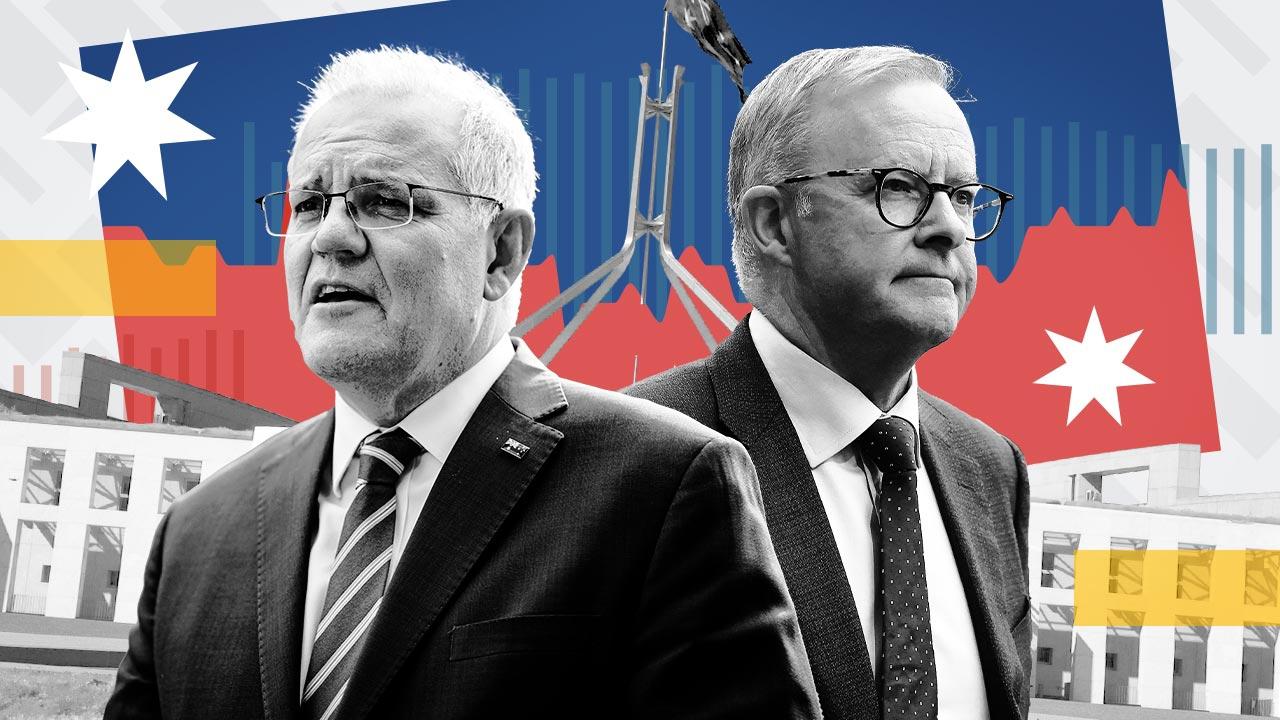 As we go to the polls tomorrow, we have an important opportunity to vote for the future of our country.

New data suggests climate change, cost of living and the economy are the most important issues to Australians this election. Nearly 30 percent of us care about taking care of the planet.

Concern about gender equality, as well as freedom and civil liberties, are much lower. But these too, are issues that will directly impact us going forward.

No matter who you vote for, it is my sincere hope we keep working together toward becoming a more inclusive and compassionate society.

And, while it seems unlikely we’ll get a female Prime Minister for some time, here’s something to think about...

The world’s most popular doll, Barbie, has already been a President as well as an entrepreneur and will soon be even more diverse and inclusive. Go Barbie!

Like Barbie, here at The Remarkable Woman, we believe that if you can dream it, you can make it happen. Never give up!

Those, who suffer domestic violence have enough to worry about besides whether they can turn up for work.

So, I’m applauding a landmark decision by the Fair Work Commission to grant 10 days’ paid leave for those who need it.

The entitlement will be available on a yearly basis but, at this stage, is only accessible by 2.6 million permanent full-time and part-time workers employed under modern awards.

The Australian Council of Trade Unions (ACTU), described the decision as a historic step forward for workers’ rights and “a generational achievement for millions of women”.

It wants the next federal government to expand leave to another 8.44 million workers under the National Employment Standards.

Currently, all employees (including casual) are entitled to five days’ unpaid family and domestic violence leave each year.

In making the decision, Justice Iain Ross said financial support was essential to support employees to leave violent relationships but maintain their employment and financial security, and that it would come at minimal cost to employers.

The financial circumstances of many people experiencing family domestic violence made it “impossible” to access unpaid leave entitlements, the Commission added, “with the consequence that they may not be able to relocate, attend court proceedings, obtain medical treatment and other forms of support, and this may inhibit such employees from leaving violent relationships”.

However, Justice Ross acknowledged that the leave was not a panacea for the devastating effects of domestic violence.

“We accept that the introduction of (this) paid leave is not a panacea for the devastating effects of family and domestic violence,” it said.

Statistics show nearly one in five women, and one in 16 men, have faced physical and/or sexual abuse from a partner they live with.

This issue goes to the heart of not just equality but human relations and respect for everyone in our community.

Better financial support for those whose lives are impacted by domestic violence is a great step forward in creating safer environments and homes for all Australians.

Barbie gets a diversity makeover

More than 100 Barbie dolls are sold every minute, with a total of 58 million sold every year, in 150 countries.

That’s a lot of dolls, and a lot of power to influence the children who play with them.

I’m pleased to see that the world’s most iconic plastic toy, who identifies as female – and her partner, Ken – is moving with the times!

Toy giant Mattel’s latest line includes its “most diverse and inclusive” dolls such as a Barbie with hearing aids and a Ken doll with the skin condition vitiligo.

Mattel’s global head of Barbie Dolls, Lisa McKnight, said in a statement: “It’s important for kids to see themselves reflected in product and to encourage play with dolls that don’t resemble them, to help them understand and celebrate the importance of inclusion.”

The 2022 Fashionistas line, out next month, will also feature a Barbie with a prosthetic leg, a Barbie who uses a wheelchair, and male dolls that are thinner and less muscular.

Let’s take a quick peek back at Barbie, who appeared on the market on March 9, 1959, in a black-and-white swimsuit.

Although beloved by little girls, and some adult fans, the original busty, tiny-waisted, long-legged toy came in for plenty of criticism about the image she represented by an emerging generation of feminists.

The result: in 2016, Mattel added tall, curvy and petite body types to its line-up. Skin tones, eye colour, hair colour and fashion choices have also been made over.

In 2017, we saw a doll wearing a hijab and, last year, Barbie launched a set of dolls that honoured Covid workers including vaccinologists, nurses and paramedics.

Barbie has also had more than 200 inspirational careers including astronaut, pilot, firefighter, journalist, entrepreneur and president.

The impact on the new, more diverse Barbie dolls will be incredible for young children today to develop an understanding of equality and inclusivity - something many of us didn’t have growing up.

Menstrual leave around the world

A draft Spanish bill that will extend three days of leave a month for painful periods to five in some circumstances is currently being discussed through a draft bill,  reports the BBC.

If passed, it would be the first such legal entitlement in Europe.

The legislation is part of a wider approach to treating menstruation as a health condition, which also includes abolishing “tampon tax” and making free hygiene products available at schools and prisons.

However, while the proposal comes amid a campaign by feminists worldwide to demolish taboos around periods, Spanish unions warn that menstrual leave could prompt employers to prioritise men when hiring.

In countries around the world:

Australia has yet to offer paid leave for painful periods, but this is clearly long overdue to be included in National Employment Standards.

With elections tomorrow, many of us are confused about how voting works.

Certainly, Australia’s voting system can seem complicated enough to deter you from filling out the form correctly.

But every vote counts and it’s your right to have to say.

The ABC’s  Vote Compass could help you decide who to vote for on Saturday but knowing how to vote and  how preferential voting works is essential.

If you’re looking for clarity on how you can make your vote count here’s a quick summary with some useful links to help you prepare to shape the future of Australia.

On your ballot papers, you will be asked to number candidates or parties in order of your choice.

On your House of Representatives ballot paper, you’ll need to number every box, starting at 1.

If there’s no clear winner in the election, the candidate with the fewest votes is excluded.

But, if you voted for that person, your vote can still count because official will look at your second preference, and so on with others’ ballot papers, until there’s a clear winner.

On your Senate ballot paper, you have the option of numbering at least six boxes for parties above the line, or 12 for candidates below.

Unlike the House or Representatives paper, candidates need to reach a quota of formal votes to win.

This is your chance to have your say and elect a party that you believe will best lead our nation.

I look forward to talking to you again next week.
Shivani