Founder's Weekly 18th Feb 2022: Nurses and midwives march for fair pay while, like most women, they probably still earn 22.8 per cent less than men 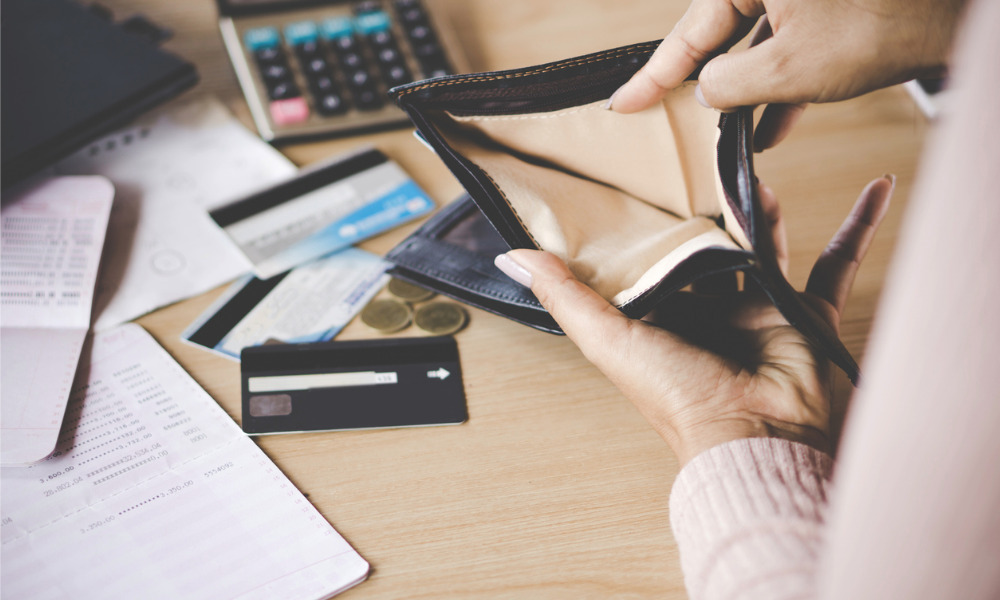 Stressed and burnt-out, nurses and midwives are demanding better pay and conditions, plus a new report shows you probably make nearly $3 less an hour than your male colleagues.

If there has ever been a week in which we realised we still need to stand together to progress gender rights, it’s been this one.

Off the back of our elation at the straight talk delivered to the government by Brittany Higgins and Grace Tame was an annual survey showing just how poorly women are paid in relation to men.

In 2022, salaries are still biased as to whether you identify as male or female.

This lack of financial recognition was evidenced not only in the Workplace Gender Equality Agency Scorecard but in the mass protest of nurses and midwives who took to the streets to demand better pay and better conditions.

We must begin celebrating the real heroes in our society, regardless of their gender.

We still have a long way to go, but I am optimistic that the tide is turning as we join together to demand equality.

Nurses and midwives have had enough and taken to the streets

It was the strike the Industrial Relations Commission  ruled should not go ahead.

But in a triumph of democratic and women’s rights, thousands of nurses from 150 public hospitals rallied around the state this week in the first statewide nurses strike in a decade.

Their demands: for one nurse to every four patients on every shift, and a pay increase above the government’s prescribed public sector offer of 2.5 per cent.

While NSW Nurses and Midwives’ Association general secretary Brett Holmes said the Premier was out of touch with the realities of working through a pandemic, NSW Health Minister, Brad Hazzard said meeting the nurses’ demands was unaffordable at around $1 billion.

Nurse Kathy Triggol  told the ABC that the last few years had been "dreadful" with many wards short-staffed.

"Most of the time, the staff are overworked and stressed and it's just not fair,” she said.

“It's gotten to the stage that every hospital is the same.

"We're talking about nurses in the ICU and emergency department who can't even stop to go to the toilet."

The dilemma the NSW Government faces is a budget in a deficit and a high spend already recorded in  the 2020-21 budget on COVID-19 support measures.

That said, NSW government MP Adam Marshall has called the nurses’ strike a "last-gasp plea" for help and told Parliament there's no point in upgrading hospitals if they don’t staff them properly.

Hazzard has won no points with the NSW Nurses and Midwives Association for his negotiating skills either.

While he met with the union, in an attempt to avert the strike, Association president O’Bray Smith told  The Guardian Australia that the minister and other health bureaucrats spent the meeting “mansplain(ing) about life in health”.

“Those ‘crisis talks’ were merely a tickbox so they could go to the IRC and the media and say ‘Oh, we tried’,” she said.

“I will not be lectured about safe staffing by these men.”

We live in a society where we value football stars more highly than those who work to save lives.

I can't help but think that it has something to do with the fact that nearly 90 per cent of Australia's nurses are female, according to data from the Nurse and Midwifery Board of Australia.

Our next story may shed some light on this.

Women are being underpaid and under rewarded

How much money you earn and how likely you are to be promoted is still firmly tied to gender.

That’s the only conclusion we can draw from the rather sobering Workplace Gender Equality Agency Scorecard recently released.

Yes, there were a couple of surprising positives, for example, 42 per cent of employers have reduced their pay gaps since 2020, three in five employers now offer paid parental leave, and more than half of employers (51 per cent) offer paid domestic violence leave compared to 12 per cent in 2015-16.

(I admit that last one is a bit like a cloud with a silver lining, with major action on violence in the home, against women and men, still urgently needed.)

However, the overall conclusions were depressing enough to have us reaching for our phones and calling our fellow remarkable women  for condolences, support and to discuss actionable steps.

That’s nearly one quarter less pay than our male colleagues.

My team and I couldn’t help but feel a bit like Pablo from Princess Diaries as we interpreted the report thinking that 2022 was the year that we finally close the pay gap.

And queue the shock:

At the same time, while women make up more than 50 per cent of the workforce, they comprise less than 20 per cent of CEOs, and men are twice as likely as women to be in the top earnings bracket of more than $120,000.

One, strange little anomaly: the report noted that women now comprise more than 41 per cent – or two in five – of all managers – up from 36 per cent in 2013.

Would it be too cynical to assume, given the other figures, that they take on these senior responsibilities at a cheaper price than their male colleagues?

So, what can you do about it?

Being a part of a women’s empowerment network and/or community such as The Remarkable Woman is a great way to share information and advice.

And if you think that you are being paid less than you deserve, here are a couple of blogs that I’ve put together to help you ask for a pay rise and get what you deserve:

While we face our own battle for gender equality, it’s easy to forget that women in other parts of the world are a long way behind.

Since the Taliban seized control of Afghanistan in August 2021, authorities at a provincial level have introduced rules and guidelines that make women’s lives hell.

In September, the Taliban even converted the Ministry of Women’s Affairs building into offices for the religious morality police.

Some courageous women continue to fight for rights, despite the risk of violence and death.

My heart goes out to these freedom fighters who stand to liberate generations of women and who, we hope, will be honoured by a new generation in years to come.

Watch Afghan singer and activist Aryana Sayeed talk about how life has changed for women.

Head over to the Refugee Council of Australia’s website to find out how you can help.

Are you an advocate, an activist, a do-gooder, a dreamer, a creator or even a citizen scientist?

Now’s the time to get inspired about possible careers, with  Women’s Futures Month celebrating female scientists and innovators with the largest collection of statues ever assembled in American history.

#IfThenSheCan – The Exhibit, a partnership between the National Museum of Natural History and Smithsonian Gardens in Washington, D.C, showcases female STEM innovators and role models leading a variety of fields, from protecting wildlife, discovering galaxies, building YouTube’s platform and trying to cure cancer. The hope is that it will inspire other young women to make their mark on the future. will Take a virtual tour of the exhibit and see just what these women have achieved to date - it’s incredibly inspiring and motivating.

Have you ever been offered less pay to do the same job as a man?

Send me an email at hello@theremarkablewoman.com.au, I’d love to hear your story.