Founder's Weekly 17th Dec 2021: The world’s most admired women in 2021 & the ones who desperately need our help 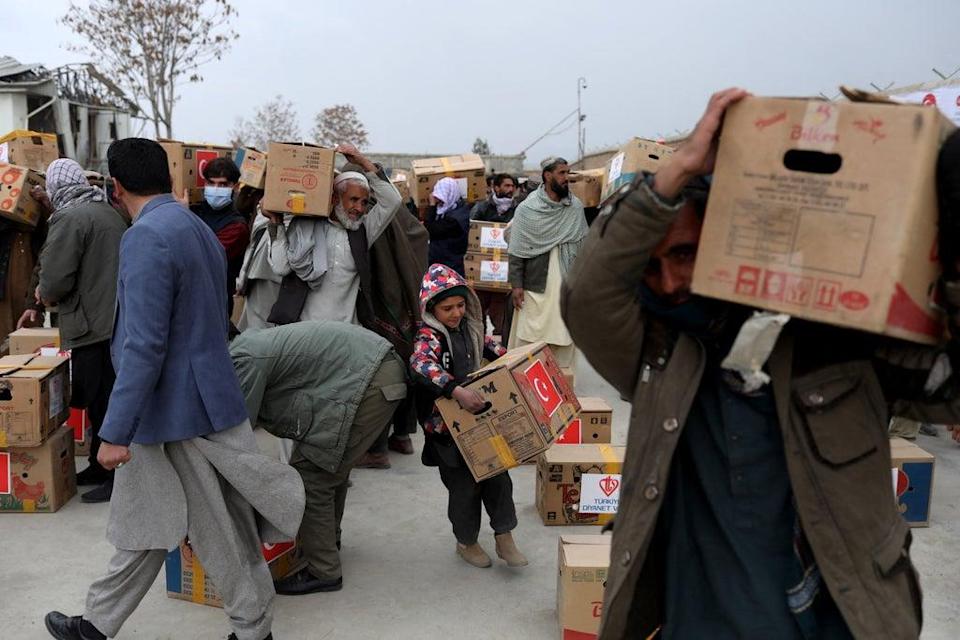 The top 10 most admired women of 2021 are an eclectic mix, ranging from actors to politicians and activists, but we must not forget those without voices in Afghanistan.

I can’t believe this is my last Founder’s Weekly of the year. And what a year it has been!

Women have fought on many fronts. We protested against abortion laws in the US, we stood by Chinese tennis player Peng Shuai following her accusations of sexual assault, we fought for better sexual consent laws.

While Australia's national gender pay gap still stands at 14.2% and there are only two women in the NSW Cabinet, women remain determined to fight for change.

As a collective we continue to battle COVID-19 and its effects on all fronts from health and wellbeing to economics and politics.

Despite the challenges, I feel incredibly inspired by the resilience and courage I witness in women around the world every day. We are remarkable.

From mine to yours, I wish you a safe, peaceful Christmas.

The world’s most admired woman in 2021

YouGov has announced its annual list of the world’s most admired women, with former US First Lady Michelle Obama nabbing the top spot for the third year running.

Her husband Barack Obama was also named the most admired man in the world, almost five years after he left the White House following two terms as president.

The top 10 most admired women were an eclectic mix, ranging from actors to politicians and activists, based on the views of 42,000 survey respondents across 32 countries.

Actress Angelina Jolie took out second place, with her humanitarian work inspiring many respondents. Jolie recently launched a book in collaboration with Amnesty and Geraldine Van Bueren - Know Your Rights - which was collated with children and youth rights activists around the world.

In third place was Queen Elizabeth II - the 95-year-old monarch was the highest ranking non-American woman on the list.

It’s fascinating to see the names that resonated most with survey respondents and I’m thrilled to see so many women of colour on the list.

Who would you have chosen for the Top 10? Let me know!

Building a better future for women in construction

The NSW Government pledged $57.4M over 4 years this week towards the Trade Pathways Program including  The Trades Pathways Program Women’s Strategy which aims to increase female participation in trades and enhance trade training opportunities for women.

It’s a move that is long overdue - construction is Australia’s second most male-dominated industry behind mining, with women making up just 18% of the overall workforce, which plummets to 2% for trade roles.

Women also only make up 15% of key management roles, 11% of director roles and 3% of CEOs.

And, as I recently noted, the gender pay gap in the industry stands at a gaping 26%.

Minister for Skills and Tertiary Education Geoff Lee said the Government’s new Trades Pathways Program Women’s Strategy will be a “significant step in encouraging more women to fulfill careers within this sector”.

“Women currently make up only 2% of qualified construction trade workers in Australia and this needs to change,” he said. “We are working closely with industry to understand what steps can be taken to improve workplace culture and promote the contribution of women in trades throughout NSW.

“We have already seen more than 4,000 women enrol in a free trades course as part of the NSW Government’s Built for Women Program launched earlier this year and the strategy announced today will help build on this success.”

The announcement was long on rhetoric and short on detail. It’s time for a fundamental shift in the way we look at growing our female workforce in the construction industry.

While this all requires intentional action by the Government, let’s collectively break the biases that withhold and deter women from excelling in construction. Disrupting the notion of “a man’s world” within the construction industry and others alike is part of clearing the path to normalised women’s participation in male dominated industries.

Gender bias should not dare define the obtained success of women who are just as equally as qualified, talented and as capable as males.

The UN Deputy High Commissioner for Human Rights Nada Al-Nashif has revealed how the profound humanitarian crisis in Afghanistan is creating desperate situations for women and girls in the country.

Al-Nashif addressed the UN this week, noting that Afghans are struggling to meet basic needs and are being pushed to take desperate measures, including child labour and child marriage. News reports have also surfaced of children being sold.

This breaks my heart.

Women and girls face great uncertainty when it comes to respecting their rights to education, livelihoods and participation. Some 4.2 million young Afghans are already out of school, 60% of them girls.

There has also been a decline in girls’ secondary school attendance, even in provinces where the de facto authorities have permitted them to attend school.  This is largely due to the absence of women teachers, since in some locations girls are only allowed to be taught by women.

Although a December 3 decree on women’s rights was “an important signal”, Nashif said it leaves many questions unanswered.

“For example, it does not make clear a minimum age for marriage, nor refer to any wider women and girls' rights to education, to work, to freedom of movement, or to participate in public life,” she said.

Women are largely prohibited from working, except for some teachers, health workers and NGO staff.  They also cannot take products to market since local de facto authorities have closed women-operated bazaars.

“Many Afghan women and girls now have to be accompanied by a male relative whenever they leave their residence. These are strictly enforced in some places, but not all,” Al-Nashif said.

She warned that UN partners estimate that restricting women from working will contribute to an immediate economic loss of up to $1 billion.

Harrowingly, the World Food Programme’s latest phone survey also found that an estimated 98% of Afghans are not consuming enough food, a worrying 17% increase since August.

Families are barely coping, the agency said, and are resorting to desperate measures with the onset of winter, with eight in 10 eating less, and seven in 10 borrowing food just to get by.

And yet, what is being done to help those in need? International funding to Afghanistan has been cut off following the Taliban seizing control of the country. Previously, around 75% of the Afghan government’s expenditures, including healthcare, were previously funded by international aid.

Millions of people have been thrust into acute poverty. An estimated 3.2 million children under the age of five are expected to suffer from acute malnutrition by the end of the year. Of those, at least 1 million children are at risk of dying if they do not receive immediate treatment.

Australia has yet to develop guidance for humanitarian organisations working to help vulnerable people in Afghanistan and as Afghan women’s rights activist Jamila Afghani says: “We are not supporting Afghan women by starving them.”

This is a matter of life and death - there is no time for conversation. Australia needs to act now.

Caroline Kennedy nominated as US Ambassador to Australia

US President Joe Biden sent a powerful signal this week when he announced two high-profile diplomatic nominations - Caroline Kennedy, a former US ambassador to Japan, as his envoy to Australia and former figure skater Michelle Kwan as ambassador to Belize.

Kennedy - John F. Kennedy's sole surviving child - was the first female US ambassador to Japan and will be only the second female ambassador to Australia. She has a distinguished career in law, the arts, education and philanthropy.

Kennedy advocated for women’s empowerment in Japan and was recently awarded the Grand Cordon of the Rising Sun, the highest Japanese honour for which foreigners are eligible.

Kwan won five world championships and two Olympic medals. Since then she has built a career as a well-respected nonprofit executive and a State Department advisor on global women’s issues.

Biden’s decision to nominate the two women is a sign of how highly the United States values its alliances with Australia and Belize and also how highly the US President himself values women.

Australia plays a key role in Biden’s long-term strategic plan to counter China’s rising influence in the Pacific, while Belize is a key partner in a region plagued by political instability, narcotics trafficking and mass migration.

Australia’s Minister for Foreign Affairs and Minister for Women Marise Payne said Kennedy would bring “deep political networks in Washington and a keen understanding of our Indo-Pacific region” to the role.

I applaud President Biden for following through on his major campaign platform to advance gender equality. He said it was a simple proposition: his daughter is entitled to the same rights and opportunities as his sons. He vowed to pursue an aggressive and comprehensive plan to further women’s economic and physical security and ensure that women can fully exercise their civil rights.

Nominating two women for such crucial diplomatic roles is a clear signal that he will continue to nominate and appoint people who look like the country they serve.