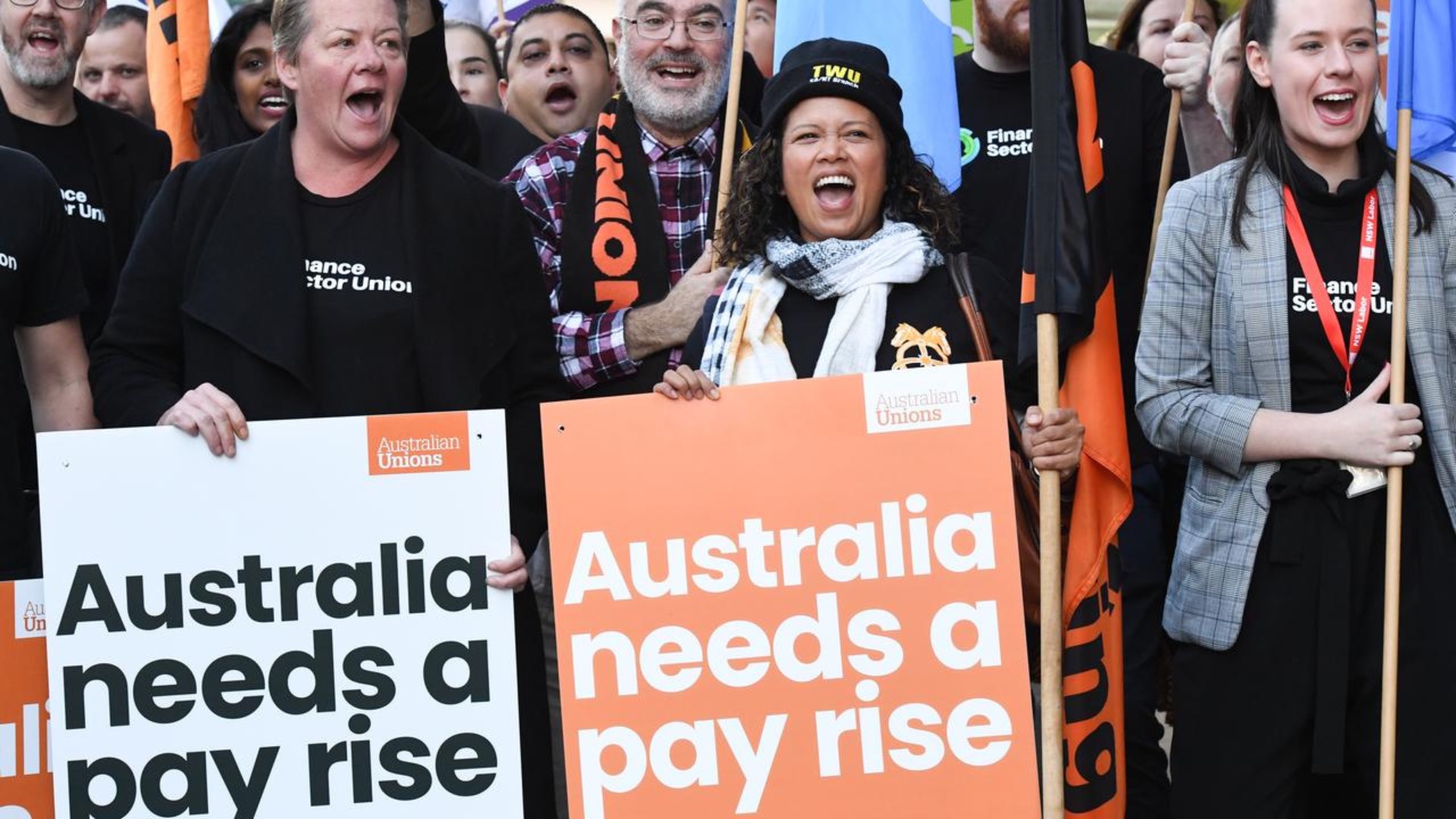 Did you know that Australian women are some of the most educated in the world? Unfortunately, that hasn’t done much to change the pay gap.

As we finish this week, homeowners are reeling from another interest rate rise and inflation is predicted to hit seven per cent by year’s end. So every dollar we get paid matters!

I know that equality is very important to you, right up there with pressing issues such as climate action.

You also care about inclusivity – Australia isn’t a boys’ club anymore … or is it?

Certainly, the number of women now in the Senate is cause for hope that times are changing.

But I’d like to see some more progress around women getting paid what they deserve.

In breaking news, I’d also like to applaud the NSW and Victorian governments on their plan to introduce a special year of learning and play for preschool children. This is an incredible win for women and families!

We love Lizzo, not only because she has taken on the body shamers, but because she’s open to admitting when she’s in the wrong.

It all started when the Grammy-winning singer and rapper released a version of the song 'Grrrls' on her latest album, Special, that used the word “spaz” to indicate she was going to lose control.

This word has long been a slur on disabled people, as Australians unfortunately know, but cultural differences may have been part of the reason Lizzo made a slip-up. She didn’t set out to offend anybody, she says.

It was an Australian, Hannah Diviney, who first  tweeted Lizzo to say that her Cerebral Palsy was classified as Spastic Diplegia and that the new song made her angry and sad. “Spaz doesn’t mean freaked out or crazy,” she wrote. “It’s an ableist slur. It’s 2022. Do better.”

It was harsh feedback but three cheers, Lizzo, who took it on board and by Monday had changed the line in the song that contained the word to “hold me back”.

In a statement to Instagram, the artist said that, “as a fat black woman in America, I’ve had many hurtful words used against me. Let me make one thing clear: I never want to promote derogatory language.” The change, she said, was a result of “listening and taking action”.

Diviney then tweeted her heartfelt thanks.

It’s important to remember that language around disability and gender is changing fast and people want to get on board with respecting others. We all need to work towards respectful dialogue and navigate cultural differences.

Australian women are among the most educated in the world, but where is it getting them?

In the 1970s, one in three students were female and, these days, they make up more than half, reports  The Sydney Morning Herald.

Now, one in two women aged 25 to 34 has a bachelor’s degree, compared with just over one in three men in the same age group, it says, and girls are significantly outperforming boys in school-leaving exams and during university.

But their abilities are not being reflected in financial reward, with male graduates out-earning female graduates by about $750,000 over their lifetime. Doesn’t that make you angry? I know it makes me really mad.

Women are battling lower pay levels in female-dominated sectors like nursing or education and discrimination in executive roles.

So what are we going to do about this? Well, one step, before you join a company, is to research what an equivalent male employee is paid. You can ask friends, or colleagues, Google it, or even post the question on social media.

Another, if you are already working for a company, is to use that knowledge to go to your employer for pay parity.

Being socially and politically active – I‘m talking about supporting action on equal rights and having conversations about it – is also really important.

What do we want? Equal pay and equal rights. Women are the future and their issues are Australia’s issues.

NSW stamp duty to be replaced for home buyers

Buying a house is a process that is full of confusing costs, from search fees to building and pest inspections to government charges.

So how would it work and would you be better off? At the moment, pre-election, many of the details are unclear. However, essentially homebuyers would have the choice of opting in to an annual land tax rather than paying stamp duty upfront when they buy.

There are two things to watch here. Firstly, over the ownership of the house, would this mean paying more in land tax than you would have in stamp duty?

Secondly, if you do opt in to land tax, would this make your house less appealing to future buyers who would be permanently locked into the arrangement?

Full details of the proposal will be revealed in the Budget on June 21 so mark that date if you are thinking of buying a house.

Considering what option to take could affect your investment in years to come.

Low-paid workers get a pay increase

Workers on minimum wage will get a rise of 5.2 per cent from July 1.

Those in the aviation, tourism and hospitality sectors will have to wait until October 1, because of their industries' slower recovery from the COVID recession.

The Prime Minister, Anthony Albanese, said during the election that he would “absolutely” back a wage rise in line with inflation and it’s good to see a new government already bringing about the change it campaigned for.

Head of ACTU, Sally McManus, called the decision “reasonable” and “fair” and said she was “really happy with the outcome.”

“We think it is going to make a significant difference to the pressures that low-paid workers are under with cost of living rising,” she said in a video statement on Twitter.

While I think it will make a difference too, it is very difficult to live on minimum wage with the cost of living continuing to rise rapidly. Just how far can a dollar stretch?

Pre-school children get a year of play school

Small children spend a lot of time looking at screens. So a new overhaul that will have them painting, dancing, and playing games with their friends is likely to help equip them for a better future and a happier life.

In a massive win for early-childhood development, NSW and Victorian governments are working together to develop a pre-kindergarten year of education that will begin in 2030 for NSW and 2025 for Victoria,  reports the ABC.

Children would attend five days a week and it would be free of charge.

One proviso – an early childhood staff crisis – needs to be addressed, which includes attracting more teachers with good conditions and pay.

Despite this, the move will “work with women, not against them” and benefit families who all too often feel unable to move forward with opportunities to progress their careers and incomes.

We fully support this initiative and look forward to seeing it roll out in the near future.

Look forward to checking in with you next week,
Shivani