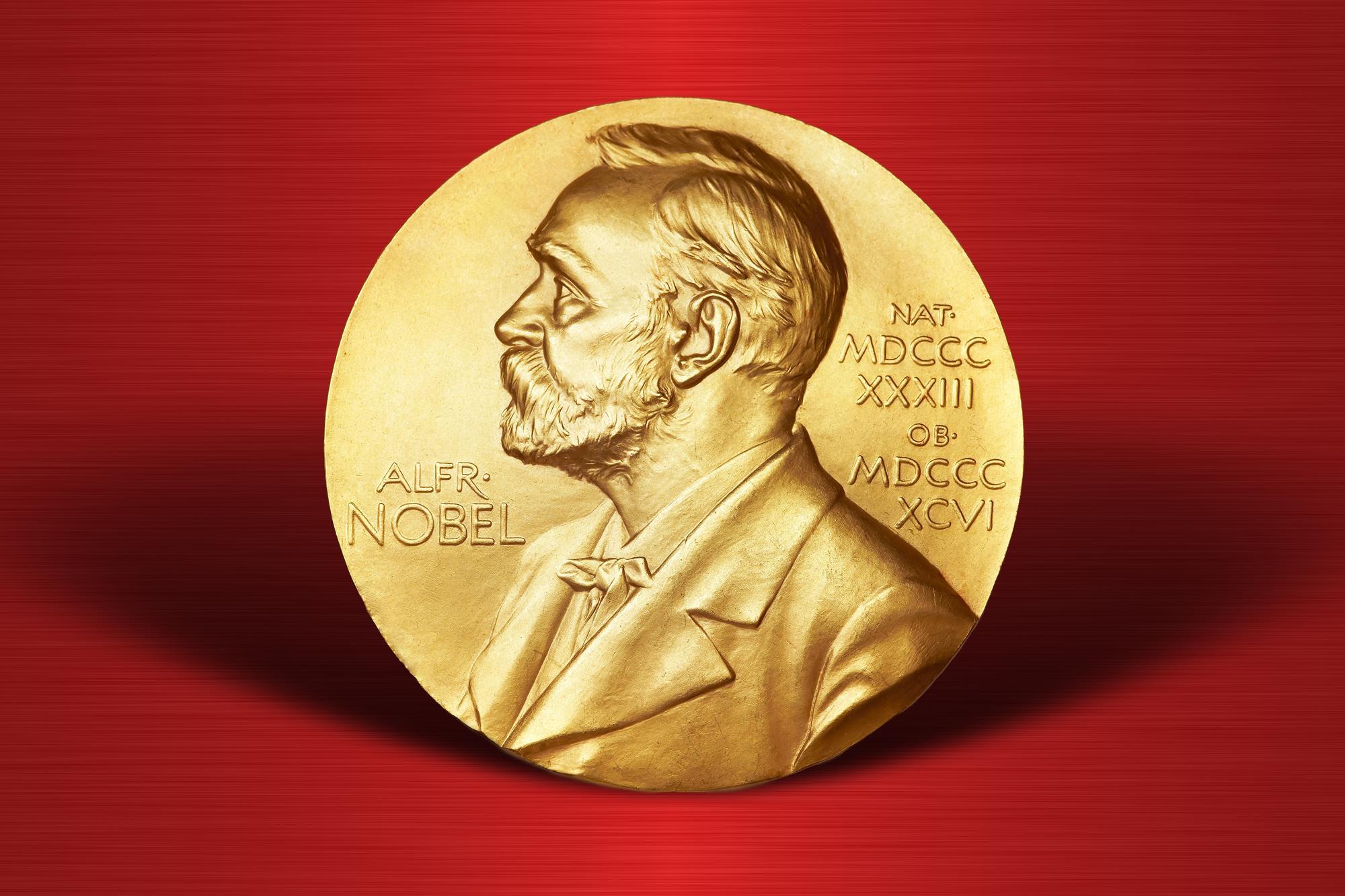 The Premier needs a lesson on inclusive leadership after his press conference on International Day of the Girl Child.

What a week! This Monday alone we celebrated International Day of the Girl Child, and in NSW we also had the much anticipated ‘Freedom Day’. Restrictions were eased back and we were able to enjoy freedoms we haven’t seen for months. I may not have been organised enough to get a booking at my hair salon...or anywhere else for that matter...but I had a beautiful day with my family which is more than enough!

Unfortunately, the occasion was marked in a tone-deaf manner by NSW’s new Premier. His blokey press conference, held in a pub without a woman in sight certainly didn’t send a positive message about gender equality to the girl children of NSW.

However, I am constantly inspired by the young women who continue to stand up and fight for their beliefs. Congratulations to Melbourne high school student Anjali Sharma on being named as a finalist for the International Children’s Climate Prize; and also to Sydney student Natasha Abhayawickrama for organising the School Strike for Climate Network today.

They embody why I called my business The Remarkable Woman.

All this and more in this week’s wrap! Enjoy.

How the NSW government failed women on Freedom Day

NSW Premier Dominic Perrottet celebrated International Day of the Girl Child this week by holding a press conference in a pub, surrounded by men in suits, without a woman in sight.

The press conference was marked as “Freedom Day”, following vaccination rates hitting 70% in NSW. And we couldn’t help wondering what the girls of NSW thought as they watched the NSW leader discuss the state reopening.

How would former Premier Gladys Berejeklian have chosen to mark the occasion? Probably with a NSW Health backdrop and CMO Dr Kerrie Chant, Health Minister Brad Hazzard and an Auslan interpreter by her side.

Perrottet ditched them all, even the Auslan interpreter. And it’s disappointing that he chose to do so on the International Day of the Girl Child, which celebrates the importance, power, and potential of girls around the world.

The Sydney Morning Herald noted that the media conference "felt like a reunion of ageing former Young Liberal blokes who failed to realise that an absence of any females on such a significant day was tone deaf".

Kate Washington, the Member for Port Stephens and Shadow Minister for Family & Community Services, was furious. She told The Remarkable Woman the decision made her blood boil.

“On this year’s International Day of the Girl Child, I took part in an online event ‘Girls Takeover Parliament NSW’,” she said. “I met so many bright, intelligent young women eager to be involved in leadership, our democracy and politics.

“That same day, Premier Perrottet surrounded himself with powerful men to recognise ‘freedom day’ in a pub without a woman in sight.

“Clearly the new Premier failed to hear the message that thousands of women shouted on the streets last year – enough is enough! Premier Perrottet and his cabal of men at the pub, highlights the importance of my message to the young women earlier that day – put your hand up for leadership, get involved, be seen, and be heard.”

It’s time for Perrottet to fulfil his promise to promote more women to NSW cabinet and convince female voters that he’s not all about blokes and beers.

The Nobel Prize Foundation faced global criticism this week after only one woman received a Nobel Prize this year.

No science prizes went to female recipients this year, with the sole female Nobel Prize recipient being Philippines journalist Maria Ressa, who shared the award with another journalist, Dmitri A. Muratov, from Russia.

Despite a widening gender gap, the Foundation has stated it will not implement gender or ethnicity quotas.

Göran Hansson, vice chairman of the board of directors for the Nobel Foundation, said the issue of gender quotas was debated a few weeks ago and dismissed.

“Now, there’s no doubt that scientists like Emmanuelle Charpentier or Esther Duflo got the prize because they made the most important contributions,” he noted, referring to last year’s chemistry prize laureates.

“We will make sure that we have an increasing portion of women scientists being invited to nominate. And we will continue to make sure we have women on our committees, but we need help, and society needs to help here.

“We need different attitudes to women going into sciences…so that they get a chance to make these discoveries that are being awarded.”

The first woman to receive a Nobel Prize, Marie Curie, was awarded the physics prize with her husband in 1903 for their study of spontaneous radiation. In 1911, Curie was the sole winner of the chemistry prize for her pioneering work on radioactivity. Only two other women, geneticist Barbara McClintock and chemist Dorothy Crowfoot Hodgkin, have been sole prize winners.

The lack of women awarded in the sciences this year felt like a “giant step backward,” said Sandy Robert, the chief executive of the Association for Women in Science.

UN Women, the UN branch dedicated to promoting gender equality around the world, added in a statement: “Unfortunately, the underrepresentation of women Nobel laureates over the years is just another indicator of the slow progress on gender equality.”

There’s even less chance you’ll win a Nobel Prize if you’re a black woman. In fact, no black scientist of either gender has ever won a Nobel.

Yet the Nobel Prize Foundation doesn’t think it has a problem requiring urgent action.

We believe it’s time to overcome the structural and institutional barriers women face in academic STEM careers and the unconscious bias they face regarding the perception of what a scientist and a Nobel Prize winner looks like.

A new survey from the Financial Services Institute of Australasia (FINSIA) has revealed that men don’t think there’s a gender pay in financial services.

77% of male respondents to FINSIA’s sixth Gender Divide Survey were either neutral, agreed or strongly agreed that the gender pay in financial services was grossly exaggerated, compared to just 40% of female respondents.

The truth? The financial services industry has one of the highest gender pay gaps in Australia.

Data from the Workplace Gender Equality Agency shows the gap is a massive 27.5% for total remuneration and 21.2% for base salary in the industry.

“We need to do more to ensure women are provided with the same career opportunities as men — particularly when they display the same leadership qualities as their male counterparts.”

As many as 59% of female survey respondents agreed that qualified women find it hard to progress their careers due to the demands of the unbalanced division of labour at home, compared to 24% of males.

“The strong differences between male and female perceptions may be indicative of gender bias and may be the reason why improvement in gender equality is so slow,” said FINSIA CEO Chris Whitehead.

“The report is a wake-up call to all those in the industry to become aware of the operation of unconscious bias and put in place processes to counter it.”

Sure is…the problem is getting men to believe it, and then to do something about it.

The students took a class action against federal environment minister Sussan Ley over her approval to expand the Vickery coal mine in northern NSW. They argued she has a duty of care to protect young people from harm caused by climate change.

In a world first, the court accepted evidence brought by experts that carbon emissions released from mining and burning fossil fuels will contribute to wide-ranging harms to young Australians.

While the judge didn’t grant an injunction, it means Sussan Ley is required to recognise her duty of care to protect young people from climate change when making decisions about the coal mine expansion.

The Climate Prize jury said Anjali was an example of the power that young people are flexing to achieve change.

“It also shows how young people can challenge entire industries and sectors by using the law,” the Children’s Climate Prize jury said.

“Anjali’s ability to mobilise is impressive and representative of a growing phenomenon in the world. It takes courage to challenge the current power and established structures and succeed in achieving a ‘duty of care’ in a fossil fuel-heavy country such as Australia.”

“Anjali is a major pioneer and her legal wrangling is historic in Australia. She is an inspiration for how young people can press for tangible changes.”

The nomination comes as thousands of school students across Australia took part in the School Strike for Climate Network today.

“We need climate action, and we need it now,” she said. “That is the message young people and marginalised voices at the front line of the climate crisis have been preaching for many years.”

“As outlined by the IPCC’s report earlier this year, Governments across the world simply aren’t doing enough. Instead, their climate INACTION is only further damaging the earth, and contributing to the climate crisis.”

“As a young person, I am scared for our future – and I’m shattered and angry that we are continuing to damage the earth and hurt vulnerable communities. It’s hard not to feel hopeless when the Australian Government is failing us every day they continue to choose not to take action,” Natasha said.

It’s inspiring to see these remarkable young women not just speaking out, but acting to make change happen.

"Our biology doesn't always send an advanced warning when we're about to start menstruating, which often means we need to stop whatever we're doing and deal with a period," Democratic Assemblywoman Cristina Garcia said of her legislation. "Just as toilet paper and paper towels are provided in virtually every public bathrooms, so should menstrual products."

It's great to see NSW is also moving towards making free menstrual products available to students.

Earlier this year, a pilot program was run in 30 schools across Western Sydney and Dubbo, with dispensers providing sanitary products including pads and tampons at no cost to schools or students.

Minister for Education Sarah Mitchell said: “It’s important no female student feels like they can’t fully participate in all aspects of school life because they do not have access to menstrual hygiene products.”