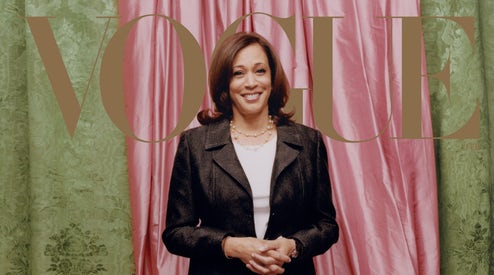 Welcome to 2021! As we enter the new year, as strange and uncertain as it may feel, I want us to look forward together as a community, and expect and work towards big things. It’s going to be one to remember - we can be sure of that!

As the first Founder’s Weekly of the year it’s time to regroup and catch up on what’s been happening for women in the world this past week.

I’m sure that, like me, many of you have been watching the events unfolding in the US with bated breath. As their COVID numbers continue to rise at an alarming rate, and terrorists storm the Capitol, one of the world’s leading nations just can’t seem to catch a break.

Unfortunately, it’s only getting worse.

According to new data released Friday, employers cut 140,000 jobs in December, signalling that the economic recovery from the coronavirus pandemic is backtracking. Now, considering that just a year ago, women held more jobs than men in the US economy, you’d think that approximately 50% of those jobs were lost by women and 50% by men – right? Or, even if I’m being sceptical, maybe the numbers are a bit higher. Maybe 70% of jobs lost were held by women – more than twice the amount of their male counterparts.

Oh, I wish it were that good. Digging deeper into the data also reveals a shocking gender gap:

And, if you’re a woman of colour, I’m afraid the news is even worse. Black and Latina women lost jobs in December, while White women made significant gains. Black and Latina women disproportionately work in some of the hardest-hit sectors in the pandemic, often in roles that lack paid sick leave and the ability to work from home. As schools and daycares closed, many were forced to make hard trade-offs between work and parenting.

According to CNN, “That gap is in large part due to steep job losses in three sectors: education — which remains a female-dominated industry — hospitality and retail, particularly clothing and accessories stores. All of these industries have been hammered by the pandemic.”

However, the fact remains that women are working fewer jobs (5.4 million less to be precise), than before the pandemic even began. We started 2020 on roughly equal footing, with women holding 50.03% of jobs, but ended it holding 860,000 fewer jobs than their male peers.

2020 has been an awful year in many respects – I can only hope that 2021 starts to show an improvement for the US and women as a whole. It’s about time.

Come on Vogue; you’re so much better than this.

As many of you will know, the election of Kamala Harris was a momentous occasion. Not only was she the first woman to hold the position of Vice President, but she became the country’s first culturally diverse female leader. It was a massive step forward into a more equal and inclusive world.

So why would Vogue undo all of this in their latest issue? On the cover of Vogue’s February edition, Harris is shot in lighting that dulls the colour of her skin and portrays her wearing casual slacks and Converse trainers, despite her advisors requesting that a more formal image of her wearing a Michael Kors suit be selected instead. 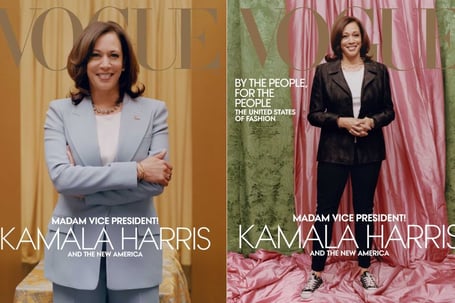 It’s a slap in the face to girls and women of colour – telling them that “it’s ok to be dark… as long as you’re not too dark.” Vogue Editor, Anna Wintour, stated that the picture was chosen because it was “very, very accessible and approachable and real”. So what does this say about Vogue’s policies? That they believe a woman of colour dressed professional isn’t real? That a powerful non-white woman is too “scary”, and non approachable?!

It’s not the first time Wintour and Vogue have come under fire for whitewashing. In August last year, the magazine was accused of lightening the skin of cover star Simone Biles. This latest move just shows me that Vogue, which was once so powerful and groundbreaking, really has lost touch with everyday women.

Let’s talk about A Promising Young Woman, made by Margot Robbie’s production house, LuckyChap Productions, along with Emerald Fennell as the writer-director.

I recently wrote about this film on Women’s Agenda, and I cannot stress just how strongly it made me feel. Watching it conjured up visceral reactions in me, and I can’t ever recall a time that I’ve walked out of the cinema so hot with rage, yet oddly cold and focused with anger, all the while having my eyes heavy and in need of a good solid cry, until now.

So – what’s the movie about? Well, if you look at its summary on IMDB, it states “A young woman, traumatized by a tragic event in her past, seeks out vengeance against those who crossed her path.”

But this description doesn't do the movie any justice. It’s not about revenge. It’s about the nightmarish reality of rape culture – the terrifying world that we women live in every single day. It makes us question: Why are we still giving rape culture the benefit of the doubt? Why do we let seemingly good guys get away with casual misogyny?

The villains in this movie don’t come skulking around the corner with rough hands and evil smirks. They’re the people we encounter every day: ordinary guys. The kind of guy his best man would vouch for at his wedding. The kind of guy who went through a stupid phase of ‘boys being boys’, just mucking around, but then he got his shit together. The kind of guy who his friends would describe as “a good guy”.

And so, I urge you to go see A Promising Young Woman. I promise you that it’ll spark up many awkward and heavy conversations – but they are conversations that we need to have.

There’s no question that surfing has long been a huge part of Aussie culture. Names like Mick Fanning, Joel Parkinson and Mark Richards are well known. However, take a look at any Top Australian Surfers list, and you’ll see that it’s the ladies who dominate. Women like Steph Gilmore, Sally Fitzgibbons, Laura Enever, Nikki van Dijk, Tyler Wright and Layne Beachley are all household names when it comes to Aussie surf culture.

That’s why it’s such a pleasure to hear their journeys chronicled in a new documentary, Christopher Nelius' Girls Can't Surf, which is having a world premiere in the Sydney Film Festival's summer season this month.

Exploring the ins and outs of life on the waves, this doco will follow the challenges that female professional surfers have overcome over the decades – receiving half the prize money and being forced to compete in lesser conditions compared their male counterparts, pressures to lose weight and “look good”, being ostracised for their sexuality.

Girls Can't Surf screens at the State Theatre on January 17 then opens in cinemas on March 11 – make sure you don’t miss it!