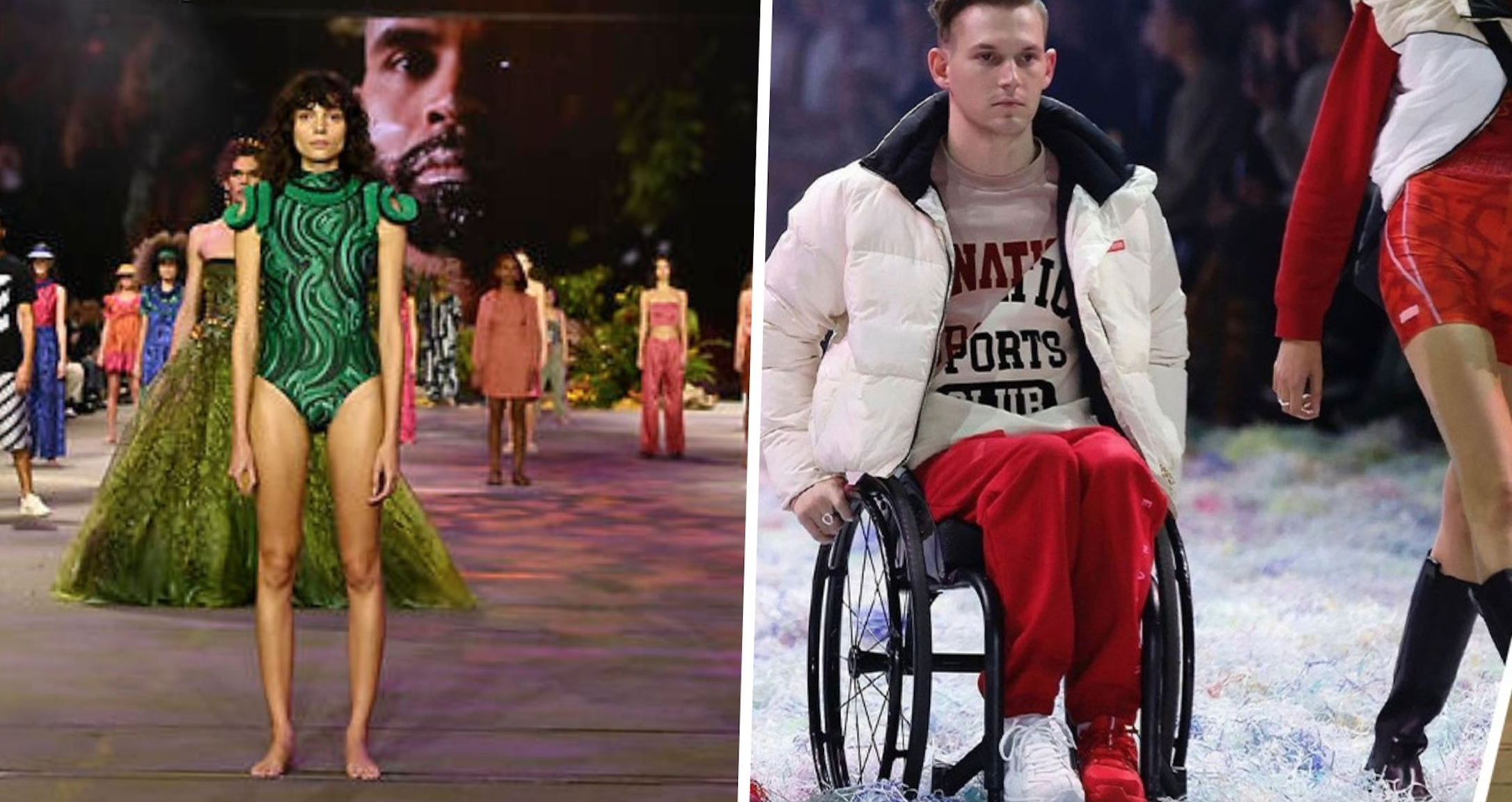 It’s hard to believe it takes a national study to tell our politicians that giving women equal pay for equal work could fix the skilled labour shortage.

That said, we’re applauding the non-profit organisation Chief Executive Women for a new study that focuses on that very issue.

As we approach the Federal election, policies that support gender equality are something we are all thinking about, with climate change another area our remarkable community are passionate about.

When we go to the polls on May 21, the future of the country and our families really is in our hands.

On a lighter note, this week I was thrilled to see some serious steps forward, literally, for every woman who loves fashion.

Read about a debut at Afterpay Australian Fashion Week by designers who want feeling confident about how you dress to be a universal experience.

Right at the moment, it seems we really have to look for good news. Yet I feel positive about the progress we continue to make toward a fairer and more equitable society.

Fix the pay gap and solve the skilled labour shortage

Halving the pay gap between men and women could create the equivalent of half a million additional full-time jobs and fix the current skills shortage, a new study has found.

CEW president Sam Mostyn told The Sydney Morning Herald that women are the country’s “most untapped resource”, and investing in policies such as higher wages and better childcare would bring huge economic rewards.

The National Skills Commission has projected that by 2026 the economy will require an additional 1.2 million jobs, with female-dominated industries such as health care, education and food services experiencing the biggest increases.

CEW wants the childcare subsidy increased to 95 percent for all low-income households, up to $80,000. Over time, the group wants to build towards universal access to early childhood education and care with a minimum of three days a week for families who need it.

Under the LNP’s childcare policy, families with two or more children under six years of age have been eligible since March to receive an additional 30 percent on top of the current subsidy, with the total capped at 95 percent. Household income must be less than $353,680 a year. For families with only one child in care, the subsidy has remained the same, with a maximum cap of 85 percent. The government's policy would cost $1.7 billion over four years.

Labor says it will raise the maximum subsidy rate to cap it at 90 percent for the first child in care and lock in subsidies for second and additional children. The family income threshold would be increased to $530,000. The policy would cost $5.4 billion over four years.

The Greens want to get rid of income and activity tests needed to get the subsidy and give families access to 100 hours a fortnight of fully subsidised care, up to the existing hourly fee cap. The policy would cost $19 billion over four years.

While the CEW study adds fuel to the argument that women should be paid equally, I can’t believe the idea that doing so could solve the skilled labour shortage takes anyone by surprise.

It should have been an obvious solution in motion a decade ago.

Skills shortage or not, women who do the same job as men deserve the same pay. It’s not something that needs research, debate or discussion.

Fashion is for everyone

Every woman wants to look good and feel good so I was thrilled to see a new group of models strutting the runway for The Adaptive Clothing Collective at Afterpay Australian Fashion Week.

The show featured two labels,  JAM the Label and Christina Stephens that were founded to make fashion inclusive of women with disabilities who may have trouble dressing in standard clothing.

Models in wheelchairs, prosthetics, and walking aids, paraded the clothing for the audience to a standing ovation.

AAFW has focused on becoming more diverse and inclusive recently and this year, with  First Nations Fashion and Design kicking off the event with a Welcome to Country and  Indigenous Fashion Projects being included in the shows.

In another step toward equality in the fashion industry, May’s Australian Vogue featured indigenous women on its cover.

I hope to see an even greater representation of all women in the future.

The abortion rights crisis extends to Ukraine refugees in Poland

While women continue to watch the United States to see if Roe vs Wade is overturned and abortion rights wound back, the situation for women who have fled Ukraine is equally dire.

More than  2 million women have taken refuge in Poland since the start of the conflict in February, reports The Guardian Australia.

However, while, in Ukraine, abortions are legally provided on request in the first 12 weeks of pregnancy, oral contraception is sold over the counter without a prescription and the morning-after pill is readily available, in Poland, abortion is almost completely outlawed and access to contraception is ranked as the worst in Europe.

Abortions due to fetal abnormalities are illegal. Many doctors also refuse to prescribe emergency contraception or even IUDs (intrauterine devices) on ethical grounds.

Even more outrageous is the fact that victims of rape and sexual assault, including many Ukrainian women, face huge hurdles to secure a legal abortion.

Between 2010 and 2020, fewer than five legal abortions a year were carried out in Poland on the grounds of rape, with women needing permission from a prosecutor, according to The Guardian.

At our recent Voices of Ukraine event, Olena Lima, Founder of Slavic District & Founder of Memberboat shared how there had been  a spike in rape across the war-torn country.

“What the (mainstream media) never hear about is the athlete instrument of war: sexual assault. Reporters not only see a spike in Bucha but all over Ukraine,” she said.  “It happens again. And again. Human trafficking of women, trying to flee on the border of Poland and Romania.”

This is just one of many reasons why we must continue to fight for abortion rights. Women must be able to own their bodies.

My body, my choice.

Hannah Clarke and her children’s deaths at the hands of her partner in February 2020 shocked and saddened us all.

Now the Queensland government is introducing new legislation to criminalise coercive control by the end of 2023.

The legislation is part of an overhaul of laws and practices designed to better protect victims from domestic and family violence, and hold perpetrators to account.

Coercive control refers to non-physical, abusive behaviours designed to intimidate, punish or control a person and destroy their agency so they can’t leave.

Watch  Hannah’s parents talk about how this new legislation could have saved their daughter, and about their foundation,  Small Steps 4 Hannah.

This is an important step forward in Queensland –a woman dies from intimate partner violence in Australia every week ­­– as is the move to enact legislation to combat coercive control in every state and territory in Australia. Some already recognise coercive control under civil law.

Please, if you need to talk to someone, you can call the national family violence counselling service on 1800 737 732.

Together we can forge women's equality.
Shivani