Founder’s Weekly: A love letter for women in science, business, sport and activism 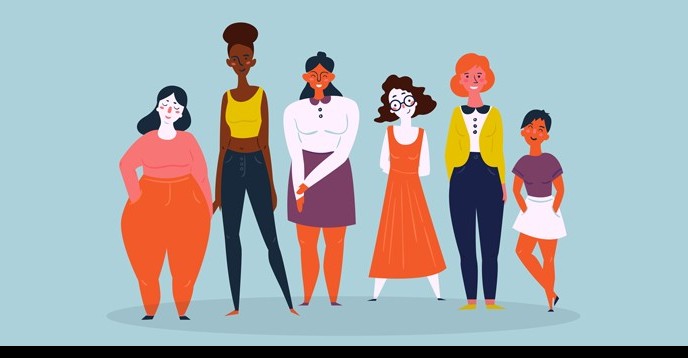 Here's what you need to know this week on women in the world.

Welcome to the end of the week!

My name is Angela Priestley and I’ve stepped in for my fellow entrepreneurial friend Shivani Gopal today, as she’s caught up on a massive deadline.

There’s plenty on the agenda below. You’ll meet the woman who just became one of the world’s youngest billionaires, and learn about the plight of activists in Kuwait and India. I also share a LOT of love for women in science, just in time for Valentine's Day.

Let’s get your weekend reading sorted!

For the love of science, and the women who make it happen

February 11 this week marked one year since the World Health Organisation gave COVID-19 its official name.

It also happened to coincide with the annual International Day for Women and Girls in Science.

It’s incredible to think how far we’ve come since this time last year, largely thanks to science. Especially with vaccines being rolled out across the world -- including 34 million Americans who have already received their jab.

But none of it could have happened without women.

And still, in 2021, these women don’t receive the recognition they deserve -- and have long been ignored throughout history.

Women in science also face numerous barriers to their careers, as well as stereotypes that leave them sidelined. The pandemic has exacerbated the barriers: labs have closed, female scientists have taken on more domestic work and caring duties, and they’ve lost jobs and work thanks to budget cuts.

If we’re going to inspire more girls into pursuing STEM careers, we need to fix the conditions for women already in these STEM careers.

Here’s what the UN has declared on women and girls in science.

A massive win for female entrepreneurs

So the world has another billionaire and this time… it’s a woman!

Not only that, but Whitney Wolf Herd is the youngest ever woman (she’s 31) to take a unicorn tech company public.

She’s the co founder of the ‘women make the first move’ dating app Bumble, which has had a very, very successful IPO -- just in time for Valentine’s Day.

She thanked all the women in business who paved the way before her.

And she held her kid while ringing the bell at the Nasdaq, who doesn’t love that!

I will not be silent

Heading over to Kuwait, this week my team reported on fashion blogger and influencer Ascia Al Faraj, who has sparked a #MeToo-esque social media campaign.

She’s called out her country’s attitudes towards women, and encouraged more women to speak out against sexual harassment.

“Every time I go out, there is someone who harasses me or harasses another woman in the street,” she said in the video uploaded after an incident where a car sped up to scare her while she was walking to her own vehicle.

“Do you have no shame? We have a problem of harassment in this country, and I have had enough.”

Why was Nodeep Kaur arrested?

Over to India, we couldn’t go past this story regarding Nodeep Kaur.

She’s been a leading activist campaigning for the rights of farmers in India (a story you may know more about, especially thanks to some awareness raising by singer Rhianna, activist Greta Thunberg and Meena Harris, the niece of Kamala Harris).Wis

Nodeep has been in jail for weeks after being arrested on the Singhu border on the 12th January.

In this story, her sister says that mainstream media has largely ignored her plight, which she believes has much to do with her sister’s caste and economic background.

"If you belong to a privileged caste and class, any injustice against you evoke more sympathy. If you fight for labour rights or rights of Dalit and Adivasi women, that often doesn't affect you so much,” she said.

Women’s cricket get the doco we all need

Now to what to watch this weekend (and I’m mindful that a huge portion of the country has just entered a five day lockdown), take a look at Record, which has just been released on Amazon Prime.

This doco by the local production house, Her Films, features the Australian Women Cricket team in the lead up to the final of the ICC T20 Women’s World Cup final against India.

Remember that? When the MCG recorded 86,174 attendees, a women’s sporting record? One that occurred just prior to everything locking down? It’s hard to imagine now.

The doco follows the national team’s campaign, revealing many of the ups and downs they faced, including how the team weren’t entirely sure that the much-anticipated attendance breaking record could be achieved.

Australian batter Beth Mooney -- who just picked up a gong for player of the year over the weeked -- speaks to Women’s Agenda on what that period was like.

Incredibly, Mooney still has those doubts that so many of us have regarding our performance -- despite being recognised in the way that she has.

“In my eyes, I’ll always be just an average player, who works extremely hard and is a little bit gritty. I manage to find a way to score runs and contribute, but maybe that’s not the perception of everyone else now,” she said.

And she’s right on her latter point there. We see you as everything but average Beth Mooney.