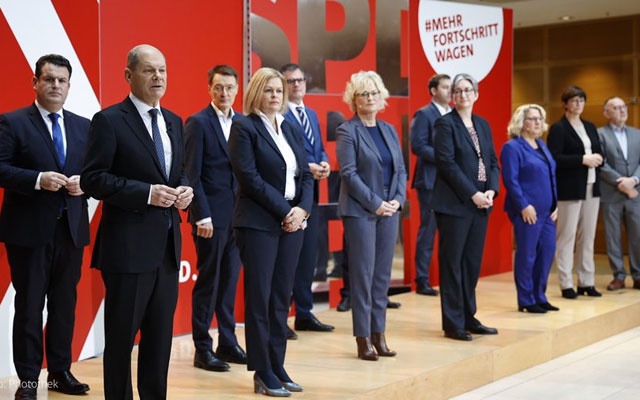 53% of women over the age of 18 have been sexually harassed and MacKenzie Scott gives away billions.

A report by the Australian Bureau of Statistics revealed 53% of women over the age of 18 have been sexual harassed in their lifetimes and another by the Champions of Change Coalition found 40% of its members did not incorporate sexual harassment in their health and safety strategies.

How is this not a national crisis?!

What isn’t a national crisis? The world’s most powerful woman, MacKenzie Scott, making the entire world rethink gratitude, intention and paying it forward as she donates $2.7 billion this year alone.

All this and more below. It’s time for this week’s wrap!

Half of all Australian women have been sexually harassed – How is this not a national crisis?

Disturbing new data from the Australian Bureau of Statistics (ABS) has revealed 53% of women over the age of 18 have been sexual harassed in their lifetimes.

Will Milne, ABS Director of the National Centre for Crime and Justice Statistics said: “The most common sexual harassment behaviour that women experienced was inappropriate comments about their body or sex life (33%) followed by unwanted touching (30%).”

The data also showed that power imbalance in the workplace leads to higher levels of harassment where women are at their most vulnerable. Those who had difficulties meeting basic living expenses due to a lack of cash flow were over twice as likely to experience sexual harassment as those who did not experience such difficulties.

Even more disturbing is the lack of corporate action on the issue.

Closing the gender pay gap and instituting D&I policies are only part of the solution to equality in the workplace. There is no easy solution, but an important step would be to revise the use of non-disclosure agreements (NDAs), which prevent women from speaking out when they are harassed.

The Human Rights Commission has expressed serious concerns with the use of NDAs in Australia, noting they risk covering up or shutting down issues while protecting perpetrators.

There is an incredibly dire need for women to be safe holistically and intentionally. Whenever I talk about empowering women personally, professionally and financially (our TRW slogan) it does not simply refer to the successes we want to see women gain, it also refers to their safety, sanity and security.

These statistics tell us that we’re severely falling behind in prioritising the financial, physical, economic and mental health and wellbeing of our women.

Here’s the thing though, we both have the power to flip these statistics on its back. This can all end with you and I and so I ask you - how are you going to change the sexual harassment narrative in your world? Is it time to implement sexual harassment polices in your workplace, or is it time to ask someone if they’re okay, or maybe it’s time muster up the courage to call out an offender and change your status from bystander to intervenor?

However this applies to you, now is a good time to end this crisis. It’s time we stopped silencing victims and put harassers on notice that their behaviour will no longer be tolerated.

If you or anyone you know is in need or crisis please call the National Sexual Assault, Domestic and Family Violence Counselling Service on 1800 RESPECT (1800 737 732) or Lifeline 131 114.

Meet the world’s most powerful woman

American novelist and philanthropist MacKenzie Scott has been named The World’s Most Powerful Woman for 2021 by Forbes magazine.

Scott replaces former German chancellor Angela Merkel, who ranked first for 15 of the prior 17 iterations of the list.

Scott, who was formerly married to Amazon founder Jeff Bezos and has since married to science teacher Dan Jewett, has donated her wealth at an unprecedented scale. She has given away $8.6 billion of her fortune in charitable giving, including $2.7 billion this year alone.

“Me, Dan, a constellation of researchers and administrators and advisors — we are all attempting to give away a fortune that was enabled by systems in need of change,” Scott wrote in the blog post earlier this year. “In this effort, we are governed by a humbling belief that it would be better if disproportionate wealth were not concentrated in a small number of hands, and that the solutions are best designed and implemented by others.”

Scott explained that with more than 700 million people globally still living in extreme poverty, her team “prioritised organisations with local teams, leaders of colour and a specific focus on empowering women and girls”.

Her down-to-earth attitude towards her personal wealth is notorious and long-standing. She drove a Honda minivan to drop her kids at school and Bezos to work, wore a $700 jersey dress to the 2018 Vanity Fair Oscar party and often hosted potluck dinners at her home.

In 2019, she and Jewett signed the Giving Pledge, promising to give away most of their fortune. The Giving Pledge is a commitment by the world's richest individuals and families to dedicate the majority of their wealth to giving back which was started by Bill and Melinda Gates and Warren Buffett in 2010.

“I have a disproportionate amount of money to share,” she noted. “My approach to philanthropy will continue to be thoughtful. It will take time and effort and care. But I won’t wait. And I will keep at it until the safe is empty.”

I can’t help but smile, sigh with tranquil and go “wow” as I write this. Scott’s intentions and actions ought to inspire us all on giving back and what that truly looks like. Although we may not have billions to give away, this shows us that we are all capable of meeting someone else’s needs with what we have. Whether it be a home cooked meal, a shoulder to cry on or a simple “how are you, really?” can mean a world of difference.

MacKenzie Scott, the world’s most powerful woman for a reason.

NSW Premier blames women for their lack of political power

NSW Premier Dominic Perrottet is refusing to commit to quotas for female representation in his cabinet, saying the problem lies with women not "putting their hands up to run" for preselection.

“We certainly want to have in our state greater representation in the parliaments,” Perrottet told the National Press Club on Wednesday.

“There will be more women in the cabinet when we announce it before the end of the year, and I want to see that. I won’t put a figure on it but we will see an increase.”

There are currently just five women in Perrottet’s cabinet out of a total of 21 ministers.

The NSW Liberal party has endorsed a target of 50% of female candidates at the next federal election due by May 2022, but insiders believe it will struggle to achieve it.

A senior Liberal member of the state executive told The Guardian: “We set a target every election, then we fail to meet it. In the upcoming NSW local government elections we set a target of 50% women and we achieved 32%. We do this every election but we don’t achieve it, ever.”

However, this was disputed by the Liberal Party’s head office, which said the target for last weekend’s local government elections was 40%, and 38% of candidates were women.

As for federal parliament, only about 25% of Liberal MPs, with the party falling very short of a 2025 target of equal representation that it set back in 2016.

Labor, on the other hand, instituted quotas in 1994 under an affirmative action policy that targeted 35% of winnable electorates being preselected with female candidates by 2002. The ALP has since increased its female representation in parliament to about 48%.

That says a lot about the power of quotas when wishful thinking isn’t doing the job.

NSW should take a leaf out of Germany’s book, which has just appointed its first-ever gender equal cabinet.

Olaf Scholz, the incoming chancellor, made an election promise to appoint as many women as men to his government. And he’s followed through, with women filling some of its most crucial roles, including its first female foreign minister, its first female interior minister and its third female defence minister in a row.

“Security will lie in the hands of strong women in this government,” Scholz said. “Women and men account for half the population each, so women should also get half the power. I’m very proud that we have succeeded in realizing this.”

Germany's new government has also pledged to tackle the country's gender pay gap, which is one of the widest in the European Union. Women in Germany earn 19.2% less than men, which has been blamed on factors such as cultural stereotypes and biases, poor access to childcare, skewed tax systems and education issues.

The government will support an EU directive on pay transparency, which is currently under discussion by the European Commission and parliament in Brussels. According to a draft, many employers would be required to publish pay gaps and make efforts to shrink them if too large, or face penalties.

He believes what is needed is childcare and initiatives to reconcile family and career.

Let’s hope that the new cabinet will view the improved national productivity and economic growth that comes from gender equality as an imperative to tackle the causes of pay inequality and bring true change to workplaces in Germany. But for now, this moment of firsts for German women in government is an achievement truly worth celebrating.

How to Set Value-Based Boundaries this Silly Season

Founder's Weekly 17th Dec 2021: The world’s most admired women in 2021 & the ones who desperately need our help