Founder's Weekly 9th July 2021: Ending the pay gap is key to gender equality in politics, plus workplace flexibility needed for families during lockdowns 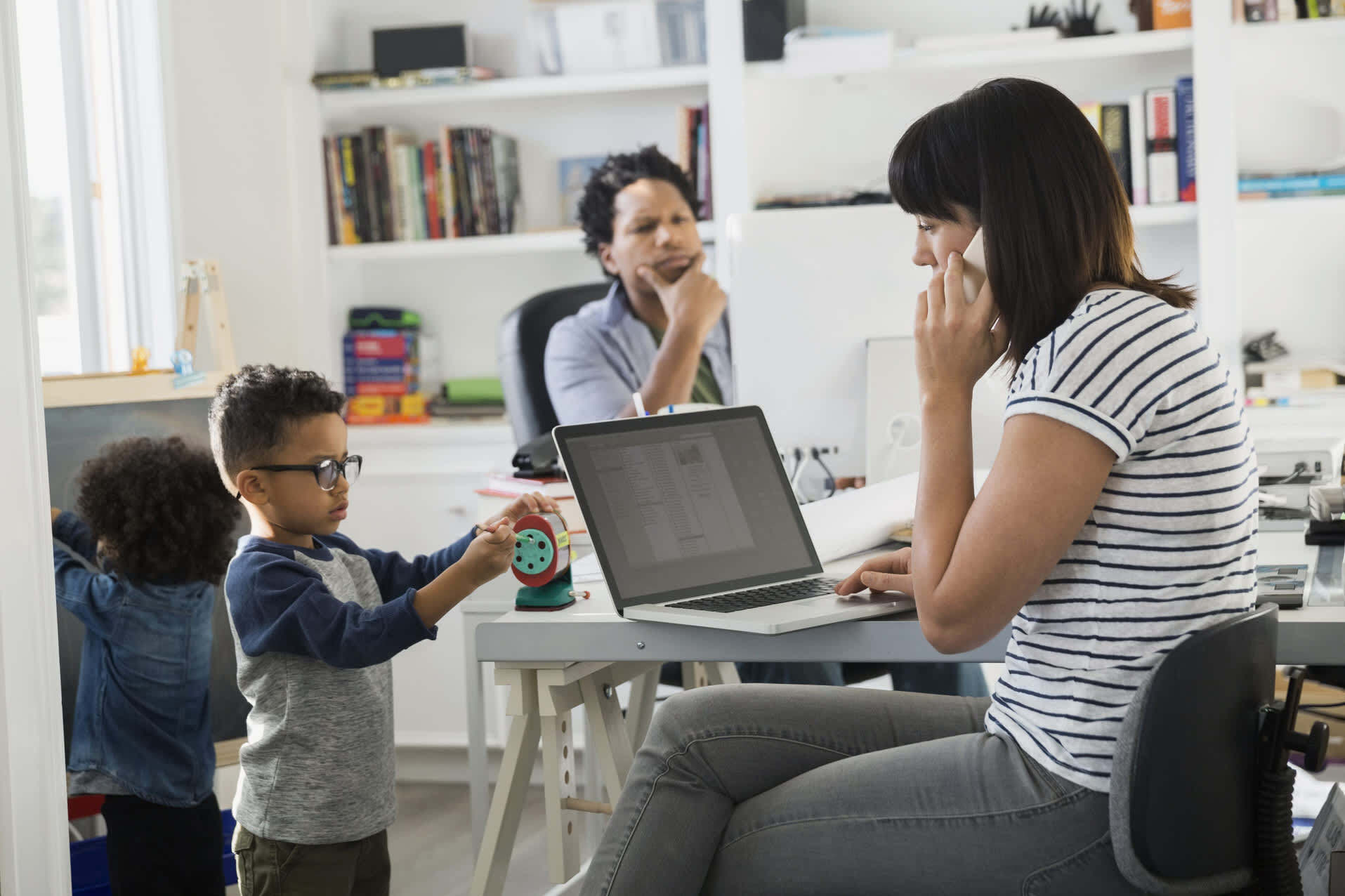 Labor is approaching parity on female representation in parliament - it’s time all parties did the same.

What a week it’s been on the path to gender equality! We watched with keen interest as the Generation Equality Forum took place in Paris, which aims to accelerate gender equality by 2026.

It’s hard to believe that we’ve come so far, yet there is still far more that needs to be done. It was reinforced by new data from Oxford University Press that shows the barriers to achieving equal female representation in parliaments.

We can’t wait to watch Annabel Crabb’s Ms Represented documentary series next week to see the Australian perspective on the challenges being faced.

And don’t get us started on the stance a local council in Sydney took towards flexibility for its staff members during lockdown…actually, we’re pretty fired up about that one - let’s fill you in on all the news that’s had team TRW talking this week...

The study, published in the Journal of the European Economic Association by Oxford University Press, collected data on seven parliamentary elections in France between 1988 and 2017.

Researchers looked at administrative and web data on candidates and election results, survey data on voters’ attitudes toward gender, census data on revenues, and demographics of voters across the constituency.

France introduced the Parity Act in 2000, which stipulates that each party must have an equal proportion of male and female candidates across constituencies during parliamentary elections.

According to the analysis, female candidates accounted for about 15% of all parliamentary candidates in the 1980s and 1990s. However, after the Parity Act was introduced, this figure nearly doubled to almost 30%.

Researchers also found that a AU$239 increase in the monthly revenue gap for gender increased the voting share between male and female candidates by 0.6 points.

They concluded that female candidates obtain lower votes in areas with less favourable attitudes towards women, including significant gender pay gaps, leading to women being less likely to run for elections in these areas.

As for the current status of women in politics in Australia ... there’s good and bad news. While it’s hard to believe there weren’t even women’s toilets in Parliament House until 1974, women now make up the majority in the 76-member Senate, at 53%. However, they are only at 31% in the 151-member House of Representatives.

Naturally, we believe it’s time the conservative parties addressed their contribution to the lag.

Imagine if the Morrison government did the same?

Prepare to rage at your TV during Ms Represented

The show, which premieres on ABC TV and iview at 8pm on Tuesday, July 13, looks at the history of Australian women in parliament.

Prepare to laugh, cry and rage at your TV screen throughout the series, which kicks off exploring the reason South Australian women were first in the world to be given the right to vote and run for parliament. Each episode deep dives into the issues faced over the 100 years since Australia elected its first female parliamentarian.

Among those who give their raw and honest accounts of the challenges they’ve encountered in politics are Julia Gillard, Julie Bishop, Sarah Hanson-Young and Penny Wong.

It’s a subject close to our hearts at The Remarkable Woman, as former deputy leader of the Liberal Party Julie Bishop was an empowering guest speaker at our International Women’s Day event this year and Crabb herself also spoke at one of our previous IWD events! We love them dearly and can’t wait to tune in!

We were shocked to learn this week that employees at Bayside Council, in Sydney’s south-east, had to sign declarations that they weren’t supervising their children while working from home during the current lockdown.

The forms required them to declare: “I will not have primary care responsibilities for child/children aged 7 years or below while working from home.”

The council expected them to make other arrangements for their children’s supervision, or suggested they take annual or long-service leave.

Surely employers need to show empathy at this time, considering Greater Sydney was plunged into lockdown with just a few hours’ notice on the first day of the school holidays.

Not everyone has access to extended family or friends able to care for their children at short notice, or accrued annual or long-service leave to take.

As Megan Motto at the Governance Institute of Australia notes: “Some extra flexibility is needed right now— and that doesn’t just mean WFH. Empower your staff to work the way that works for them in their own unique situations, rather than whether they are 100% online and present during set office hours.

“Let’s get through this lockdown with a realistic mindset. Let’s be kind to our staff — and ourselves. And if a giggling child with cabin fever – who would otherwise be at school holiday camp or at a friend’s house — suddenly bursts into your home office during an important zoom meeting — well, that’s all OK too.”

We hope that Bayside Council’s attitude is an aberration and one that is reversed promptly.

Women's rights activists from around the world gathered in Paris last week for the Generation Equality Forum, hosted by UN Women.

It was impressive to see that concrete commitments and donations were made at the forum to advance gender equality.

The forum has launched a global five-year action journey to accelerate gender equality by 2026. Its bold, action-oriented agenda will be under-written by nearly US$40billion of confirmed investments as well as ambitious policy and program commitments from governments, philanthropy, civil society, youth organisations and the private sector.

Among the announcements were that Canadian Prime Minister Justin Trudeau has earmarked $100 million to tackle the unequal burden of care work that falls on girls and women all around the world; Melinda Gates has committed $2.1 billion from the Gates Foundation, including direct support to women's movements and activists; and The Malala Fund will provide at least $US20million in feminist funding to girls’ education activists.

It was also great to see corporations contribute to gender equality initiatives. Ford Foundation committed $420 million to empower women and girls to achieve gender equality globally; P&G will spend US$10billion with women-owned and women-led businesses through to 2025; and PayPal will contribute US$100million to advancing women’s economic empowerment.

Reflecting on the Forum, African Union Goodwill Ambassador on Ending Child Marriage Nyaradzayi Gumbonzvanda, said: “This week, I relived the experience of 1995, when I was a young women's rights activist at the Beijing Conference. The COVID-19 context and other barriers are now an even greater inspiration for innovation, solidarity and inclusion. I am grateful for the commitments made this week. Now it’s time to invest in girls and young women even more – for resources to reach rural and marginalized communities, for technology for public good and available to all, and for Member States’ greater accountability to human rights of women and girls.”

We’re with you all the way Nyaradzayi.

Debate is raging following athlete Sha'Carri Richardson being left out of the US Olympic team after receiving a month-long ban for marijuana use.

Richardson won the women's 100m race at the US Olympic track and field trials and qualified for the Tokyo Olympics last month. The 21 year old attracted headlines around the globe for both her speed and her decision to compete with long colourful nails and vibrantly dyed hair (which you may remember from last week’s wrap).

Richardson said she used the drug to cope with the recent death of her mother and the pressure of preparing for the trials.

Despite the fact her suspension will end before the start of the Olympic relays on August 5, USA Track and Field (USATF) chose not to offer a spot to Richardson.

The organisation released a statement that said: “While USATF fully agrees that the merit of the World Anti-Doping Agency rules related to THC should be reevaluated, it would be detrimental to the integrity of the US Olympic Team Trials for Track & Field if USATF amended its policies following competition, only weeks before the Olympic Games.

“All USATF athletes are equally aware of and must adhere to the current anti-doping code, and our credibility as the National Governing Body would be lost if rules were only enforced under certain circumstances.

“So while our heartfelt understanding lies with Sha’Carri, we must also maintain fairness for all of the athletes who attempted to realise their dreams by securing a place on the US Olympic Track & Field Team.”

Here at The Remarkable Woman, we support complete fairness and equal opportunity and do not condone any athlete having an unfair advantage over another. The fact is, however, recreational marijuana is deemed a legal substance in a growing number of countries and states globally including in 18 states in the US.

Perhaps it's time for the rule to be reviewed by the World Anti-Doping Agency.

Until next week,
Team TRW