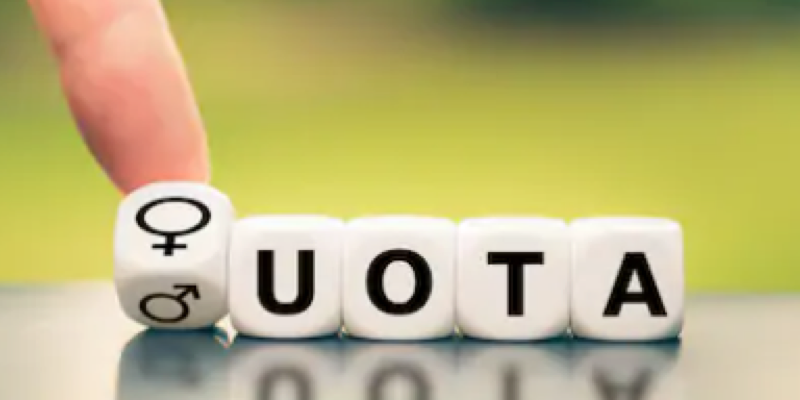 Happy Friday to you!

Well, it’s been yet another huge week here at TRW. My Business Manager and I boarded a plane for the first time in god knows how long and found ourselves in beautiful Cairns. We took part in some incredible events run by Cairns Chamber of Commerce, met their wonderful team and members and saw our remarkable Australian community grow further into the tropics. It was just fantastic, but at seven and a half months pregnant you can bet I’m ready to kick my feet up this weekend with a glass of mineral water and some lemon to spice it up!

Speaking of this weekend, let’s not forget that it’s Mother’s Day on Sunday here in Aus. Mother’s Day is a chance to connect with and celebrate not only your mum or mother figure, but all the strong and supportive women in your life - so make sure you take some time to do just that. And for those mums amongst our readers, I hope you get to have a well-earned break and get spoilt. You definitely deserve it!

Now onto this week’s wrap on women in the world...

The World Bank has released its latest annual report “Women, Business and the Law” which gathers 50 years of data evaluating legal indicators regarding women’s rights in almost 200 countries… and I’m proud to say the news is looking good!

The results? Gender inequality worldwide has fallen significantly in the last 50 years, with regions like sub-Saharan Africa, Latin America and the Caribbean showing particular improvements. The rankings showed that high-income countries have achieved the greatest level of gender equality while the Middle East and North Africa are experiencing the most significant gender disparities. (Read the full report here.)

However, it’s important to realise that despite this progress, we still have a long way to go - not just in other countries but in Australia as well. The advent of COVID-19 directly and disproportionately jeopardised women’s social and economic capabilities. Because we make up the majority of health, social service, and unpaid care workers, women were uniquely susceptible to the effects of the pandemic. In addition, women continue to earn less than men for the same work, as well as face a higher risk of violence in the home.

It’s something we women already know, but greater equality of rights has exponential growth potential in both economic and social outcomes (like my article last week on how increasing the number of women in the workplace will improve our GDP). The two go hand in hand - the greater the level of economic freedom, the more likely it is that we will receive equal legal treatment as men and subsequently, the more able we are to champion and implement change socially.

Where are we at with gender quotas?

The issue of quotas for women in parliament is once again in the news, with many MPs raising motions to introduce quotas.

Since the 1990s, over 100 countries have implemented political gender quotas, and by 2013 over half the world’s countries had adopted some form of quota, including by 2018, over twenty established democracies. Many countries have found quotas to be an effective mechanism for increasing women’s political representation and fast-tracking women’s political participation. An Essential Report poll published on 30 March 2021 found that 48 per cent of those polled supported political parties setting gender quotas for candidate selection (with 36 per cent opposed). And so, the matter is going to be debated at upcoming Liberal Party state conferences in New South Wales and Victoria.

Formal quotas on company boards are commonplace, too, although Australia has yet to impose either. For example, Norway has a quota of 40% minimum for each gender for public companies, imposed in 2006 and achieved as required by 2008. France has a quota law in which the 2000 companies had to achieve at least 40% representation of each sex on boards by 2017 with an interim quota of 20% by 2014. Meanwhile, Italy’s 2011 quota law requires at least 33% of each gender on listed and state-owned company boards of three members or more by 2015.

But only one woman was promoted to the role of chief executive out of 25 appointments at Australia’s largest companies in 2020. The number of female CEOs is at its lowest level since the count began four years ago, with 10 women occupying the top job among ASX200 companies, compared to 11 in 2017.

Macquarie University researchers have said that quotas should not only be applied to politics but to every profession, institution and organisation in Australia. Alison Pullen, Professor of Gender, Work and Organisation at Macquarie Business School, says:

“The only way to get change, to address systemic sexism and white male privilege is to start at the top, with Scott Morrison and then through every institution in the country. The real message to Australian politicians is that if you’re male and pale, you’ve failed to represent the majority of the population and we want change now. We’ve tried targets before and they don’t work so we need quotas for women, for Indigenous women and women of colour, for LGBTIQI people, so that our institutions represent society.”

What we can expect from the budget update

It’s just a few days until the next Federal Budget is announced, and women around Australia are waiting and watching to see if our government has recognised the injustices against the women of Australia and are actually going to do anything about it. Just this week, several signatories representing Australia’s peak bodies for unions and promoting business interest have submitted a policy statement that calls on the Morrison government to use the May 11 budget as an opportunity to make Australia “a nation in which all women can live and work freely and safely and reach their full potential”. The statement includes demands such as universal access to quality early childhood education, 26 weeks of paid parental leave (with a two-week bonus for each parent if leave is equally shared), more funding for family violence services, adequate funding for aged care and the reinstatement of “gender-responsive budgeting”.

The usual pre-budget announcement has revealed a $1.7 billion child care package designed to allow more women to return to the workforce, but that’s not enough. We need to address the pressing issues of women’s safety, the gender pay gap, and the disproportionate effect of the pandemic on female workers. So, has Morrison listened? I guess we’ll see.

To my beautiful mother and all other mothers out there - mothers and grandmothers who are with us and those who are not, to the motherly figures, the soon to be mothers, the women who yearn to be mothers - this is for you;

I’m grateful for the powerful role models you’ve been in my life. Being raised by strong women has made me realise the strength, tenacity, resilience and fierce power that comes from women.

To my mother, seeing you never lose hope and enthusiasm for a new idea has taught me to never give up, that the next opportunity lies within the seeds of my mind. Seeing your tireless work ethic has taught me that I get out of this life, exactly what I put in, and that effort yields outcomes. It’s taught me to always reach for and then enjoy the fruits of my labour.  And seeing you beam with endless joy when you serve others with your warmth, heart warming food and hospitality has given me a deep sense of purpose to serve others.

I thank you for all that I am today. I am you, and I can only hope to carry out your lessons in this world, tomorrow and beyond.