Founder's Weekly 6th May 2022: What the interest rate rise means to you, even if you rent + the very real threat to abortion rights 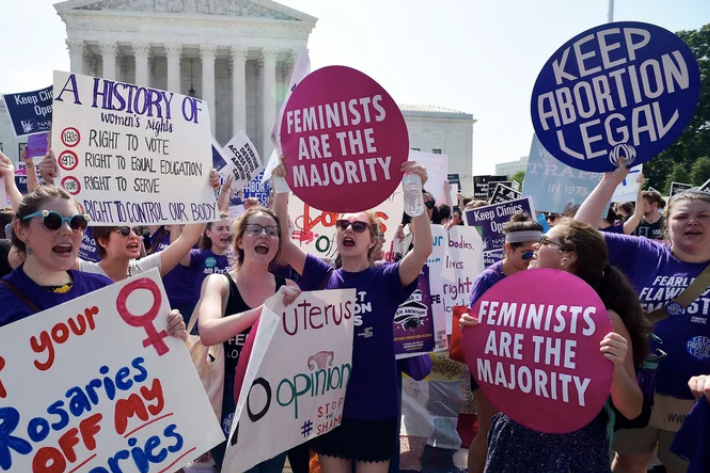 We explain how the higher interest rate will affect cost of living + it’s time to say hands off our bodies, again

Every week seems to bring a new challenge for us all.

No matter whether you own a home, or rent, this week’s decision by the Reserve Bank to raise interest rates will directly impact your finances. It’s time to review your budget and investments.

While we’re grappling with the cost of living pressures, we have also been shocked by the news that a US court is considering overturning the verdict in the Roe vs Wade case that ushered in legal abortion.

As women, when will we reach a place where respect and equality is simply given, not something we continue to fight for?

And, yet, I am optimistic that today’s generation of remarkable women and the men who support their goals are up for the challenge.

What the interest rate rise means to you

In a move economists were expecting, the Reserve bank of Australia (RBA) has lifted the official cash rate for the first time in more than 11 years.

RBA governor Philip Lowe said the Australian economy had proven to be more resilient than previously thought, given the shock of the pandemic and challenges such as natural disasters and international conflict, and inflation had picked up more quickly than expected.

Inflation is currently at its highest level in more than two decades. This erodes the future value of savings, meaning your money is worth much less tomorrow than it is today.

By raising rates, the RBA hopes to bring inflation down through a number of reactions.

For those who have a home loan, higher mortgage payments mean they will probably cut back on other purchases, reducing spending in the economy, and taking pressure off prices.

Higher interest on savings also means people are more likely to save and less likely to spend.

A hike in rates also increases the appeal to foreign investors of owning Australian dollar denominated assets and pushes up the value of our dollar.

Lowe made it clear the May rise will be followed by more increases soon, saying it was “not unreasonable” to expect interest rates to rise to 2.5%.

The Commonwealth, ANZ and Westpac banks have already announced they will pass on the full increase.

Of course, if you’re renting you can also expect landlords to pass on some of the pain when a rent review is due.

We have some great tips on how to deal with an interest rate rise.

And for our Signature Members, this is the perfect opportunity for you to utilise the Home Loan Savings Calculator on The Remarkable Hub to work out the impact of interest rate rises now and over the lifetime of your loan.

Use this calculator  to see how much time and money you can actually save by just shuffling around a few dollars here and there.

We've built this so that you can come back to it at any point in time, see how interest rates affect you and how you're able to take control of your finances by either paying more or changing the terms of your mortgage.

After all, the future of your finances is in your hands.

This week saw furious women in the United States rally on the steps of the Supreme Court to protest against  a leaked document that could change their right to legal abortion.

If passed, it would overturn Planned Parenthood v Casey, a 1992 decision which upheld the 1973 Roe vs Wade ruling that protects the right to an abortion up to 24 weeks of pregnancy and individual states could immediately make their own decisions on how to move forward.

As many as 26 Republican-run states are poised to end or restrict access.

Nancy Pelosi, the Democratic speaker of the House, said: “If the report is accurate, the supreme court is poised to inflict the greatest restriction of rights in the past 50 years – not just on women but on all Americans.”

This outrageous move by a conservative faction that is out of step with the majority of society’s support for women to have access to safe abortion could have repercussions around the world.

Abortion access across Australia is uneven, concentrated in large cities. And, with the exception of South Australia and NT where abortions are provided under the public health system — they are costly, according to a report in The Conversation.

The gestational limit for an “on request” abortion in South Australia is now 22 weeks and six days. Other states range from 16 to 24 weeks.

Prime Minister Scott Morrison has said he is not looking to change abortion laws in Australia.

However,  the Assistant Minister for Women attended an anti-abortion rally as recently as last weekend.

Women do not want to return to the days when illegal, backroom abortions often resulted in death or infertility.

Supporting the right of women to have control over their bodies is key to the financial and social independence of women, everywhere in the world.

Stressed? Burnt out? You’re not alone

If you feel stressed from juggling the demands of your job with childcare and homeschooling during the pandemic, you are not alone.

A new survey of 5,000 women across 10 countries shows burnout has reached alarming levels.

Deloitte’s Women at Work 2022: A Global Outlook, makes clear that the disruption caused by the pandemic as well as shifts to the “new normal” of work are taking a heavy toll on women.

In Australia, women have not only borne the brunt of the extra work that has been required but of job losses.

At The Remarkable Woman, we often talk to members about putting in place self-care that can increase confidence and well-being and help prevent burnout.

We recommend that those who are experiencing stress and burnout talk to their GP, or their employer about counselling. Often services can be provided for free.

Having a difficult conversation with your partner, about sharing domestic duties and childcare costs, is also key to reducing your stress load.

Remember, you matter and so does your well-being. Learning to say no, setting value-based boundaries (we have a resource for exactly that!), as well as being in control of your own time and responsibilities, can help you to avoid and overcome burnout.