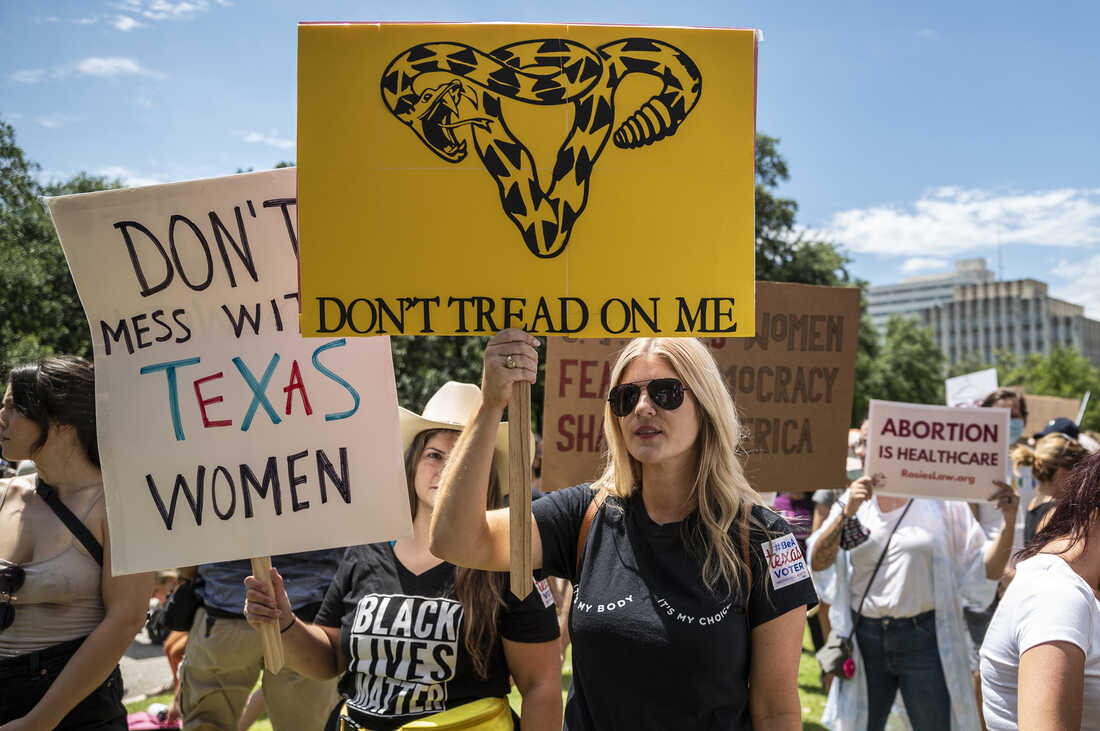 It was Equal Pay Day this week, which sounds like a dream come true, but is actually a reflection on how many more days a woman has to work after the end of the financial year to earn the same as a man.

This year it was 61 on average, but new analysis by the ACTU has found that it’s actually more than double that in some industries. When you consider the gender pay gap has actually widened by 0.8% this year, it’s a very disturbing scenario. Sadly, Scott Morrison has yet to say a single word about the issue.

Fortunately, the Prime Minister HAS listened to calls for pay parity for para-athletes at the Tokyo Games. And it was inspiring former Olympic Gold medallist and current Australian rugby sevens star Chlor Dalton, who made him take notice. Nice work, Chloe!

And finally, do you know what Ziinkle is? Get ready to reimagine ‘online’ dating in 2022 and bring back the authenticity of real-life, real-time dating experiences. Co-founded by one of our very own Signature Members, this is a member spotlight story that will empower you, make you giggle and also say “sign me up”!

It was Equal Pay Day on August 31, marking the 61 extra days from the end of the financial year that women have to work to earn the same annual pay as men.

Whatsmore, new research by the ACTU has revealed there are industries where women have to work double the 61 day average to collect the same wage as men.

Women in industries such as science and technology, finance and healthcare have to work as many as 124 more days than men per year to earn equal pay with the worst-performing industry for gender pay equity being professional, scientific and technical services at the additional 124 days mark.

Professionals Australia CEO Jill McCabe said: “Of all industries, the gender pay gap remains highest in Professional, Scientific and Technical Services at 25.3%. This is a serious problem that will affect the future of the STEM sector.

In healthcare and social services, women would have to work an extra 95 days each year to make the same amount as men in the same industry. Healthcare workers, a predominantly female workforce, have been on the frontline of the pandemic. It fears us to wonder where on Earth we’d be without them. They have been overworked and underpaid, working in understaffed conditions even before the pandemic began and have since quite literally put their lives on the line each day just by showing up to work.

The recent Royal Commission into Aged Care recommended equal pay for the sector, something the Morrison Government has ignored.

Recent analysis of Australian Bureau of Statistics data by the Workplace Gender Equality Agency (WGEA) revealed that the gender pay gap is actually widening rather than shrinking, having grown by 0.8% over the last 12 months. This is an absolutely devastating reality and more than two weeks after the WGEA released the widening gender pay gap figures, the silence from the Morrison government about the issue has been deafening.

ACTU President Michele O’Neil said: “We should all take a moment to acknowledge the fact that there are no industries in Australia where women are paid equally to men.

“It is a disgrace that women have to start each year effectively $13,500 worse off on average than men.

“Women in the workforce are met with so many obstacles; disproportionate caring responsibilities, sexual harassment in the workplace, and a systemic and persistent gender pay gap. The Morrison Government can and must do more to address all these issues.”

We couldn’t be aligned more with these words and join with the union movement in calling for:

- Changes to workplace laws that make it easier for women to win equal pay, and to reduce insecure work where women are overrepresented.

- Additional government funding to increase actual rates of pay in underpaid, feminised sectors such as Nursing, Early Childhood Education and Care and Aged Care, and ensure that NDIS funding protects the wages and job security of workers in the sector.

- Stronger workplace rights for parents and carers, including guaranteed and enforceable access to family friendly working arrangements and 52 weeks of Paid Parental Leave.

Why in 2021 are we still arguing the point that a woman and a man with the same experience, doing the same job should receive the same pay? And why in 2021, do we have a government that is willing and continues to turn a blind eye?

Senators have shared heartbreaking stories of loss during a debate to introduce bereavement leave following a miscarriage.

Federal parliament passed historic changes to the Fair Work Act on Thursday, which will put an end to women being forced to go to work on the same day as losing their babies. It’s devastating that it took until 2021 for the emotional and physical pain of miscarriage to be formally acknowledged.

Liberal Senator Hollie Hughes revealed her mother had seven miscarriages before she was born, including one carried to almost full-term, who was named Sally.

“Miscarriage is still seen in some ways as a taboo topic, something we don’t talk about or something we acknowledge as we should,” she said.

“Any parent will tell you from the moment they find out they were expecting they were parents, it was their baby.”

Last year, Madeline told The Courier-Mail she stayed at her desk the day she miscarried because she was embarrassed and felt it was too personal to discuss.

“I was new to the job,” she said. “My boss is great but I wasn’t prepared to share my trauma or tell them that I was bleeding and in pain.”

Samantha Payne, CEO and co-founder of The Pink Elephants Support Network, has welcomed the legislation, but told SBS News more needs to be done.

“The fact we’ve got it to this stage is incredible,” she said. “It’s validating for all of our babies that have been lost.

“We are now calling on the government to fund miscarriage support and research. It’s not happening quickly enough, you can’t change the law and not accept that women will need help."

Whilst it’s a definite step in the right direction, we agree that there is undoubtedly more to be done to support women through this time emotionally and physically.

The US Supreme Court has shockingly voted against blocking a ban on abortion in Texas.

The law, signed by Republican Gov. Greg Abbott in May, prohibits abortions once medical professionals can detect cardiac activity, usually around six weeks and before many women know they’re pregnant.

It’s worth noting that cardiac activity does not confirm the pregnancy is viable and is detected with advanced technology before a heart is even formed. The law also cruelly makes no exemption for rape.

It is the biggest legal blow to abortion rights in the United States since the high court’s landmark Roe v. Wade decision in 1973. And it’s a sneaky one, as it allows private citizens to sue abortion providers and anyone involved in facilitating abortions. If someone successfully sues another person, they could be entitled to at least US$10,000 (A$13,500).

Additionally, as the law is enforced by individuals, not government officials, it’s more difficult to challenge in court.

The Supreme Court denied an emergency request by abortion and women's health providers for an injunction on the enforcement of the ban by a 5-4 vote.

The result underscores the impact of the death of the liberal Justice Ruth Bader Ginsburg last year. Had she remained on the court there would have been five votes to halt the Texas law, but Donald Trump replaced her with conservative Justice Amy Coney Barrett, who voted against the emergency request.

The decision is a major blow to women’s reproductive rights and is expected to lead to the closure of most abortion clinics in Texas.

Nancy Northup, the head of the Centre for Reproductive Rights, which represents abortion providers challenging the law, vowed to “keep fighting this ban until abortion access is restored in Texas.”

“We are devastated that the Supreme Court has refused to block a law that blatantly violates Roe v. Wade,” she said. “Right now, people seeking abortion across Texas are panicking — they have no idea where or when they will be able to get an abortion, if ever. Texas politicians have succeeded for the moment in making a mockery of the rule of law, upending abortion care in Texas, and forcing patients to leave the state — if they have the means — to get constitutionally protected healthcare. This should send chills down the spine of everyone in this country who cares about the constitution."

It's an ironic move by politicians who profess to be protecting human life, but refuse to mandate for masks to be worn to protect children from COVID-19.

Desperate doctors are begging Gov. Abbott to reverse his decision to ban COVID-19 vaccine and mask mandates in schools.

“The danger of these policies to people’s health and safety could not be clearer,” Dr Erin Amjadi said. “Our kids are being put directly in harm’s way.”

These Texan officials are seemingly obsessed with protecting children in the womb, but appear to lose interest once they’ve been born.

Dalton discovered that while Australian Olympic gold medallists received a $20,000 bonus for their efforts at the Tokyo Games, with silver medallists and bronze medallists given $15,000 and $10,000 respectively, para-athletes received nothing.

“I assumed it was going to be the same for Australian Paralympians,” Dalton told The Guardian.

“So I was pretty shocked when it came out that they actually received nothing when they win a medal.

"With the required preparation for an event like that on the world stage, there’s just no reason as to why they shouldn’t be paid the same.”

Dalton launched a GoFundMe page to reward the para-athletes for their heroic efforts, which raised more than $78,000 for the Paralympic medallists.

Speaking in parliament on Thursday, Prime Minister Scott Morrison said: "We have won 60 medals so far, and recognising the national significance of the Paralympic team, I'm very pleased to announce that the government will provide additional support to Paralympics Australia to ensure our Paralympic medallists will receive equivalent payments to our Olympic medallists.”

“Paralympics Australia absolutely agrees that our Paralympians deserve equity of recognition,” she said.

And now, due to the inspiring efforts of Aussies including Dalton, they do!

The future of investment is female

The gender pay gap for working women may be widening, but it’s narrowing in one fascinating area: exchange traded fund (ETF) investors.

An ETF is a managed fund that you can buy or sell on an exchange, like the Australian Securities Exchange (ASX).

According to the State Street Global Advisors SPDR 20 Years of ETFs report, one in four ETF investors are now female. When State Street launched the first two ETFs on the ASX, just one in 10 investors were women.

“The trend is gathering pace, thanks to lower barriers to entry.”

Young women are also among the most dynamic participants in the space. Of first-time ETF investors this year, 53% were in the 18-39 age group

The findings follow research by the ASX in March that found women comprised 45% of total new investors in the past year, which had accelerated due to the COVID-19 pandemic.

Hats of to the female investors out there who are taking the reins of their money! If you’d like to learn the ropes, there’s plenty in store for you in our Signature Membership to get you started. Find out more about membership here and join our community!

Until next week, stay safe and be kind to yourself,
Shivani Gopal