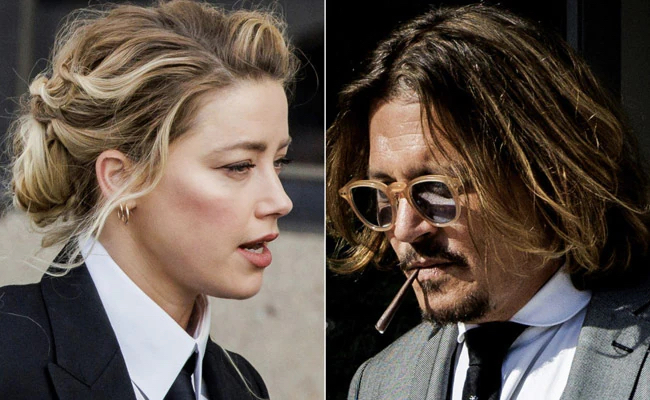 This week I was thrilled to see women step up in record numbers to the Australian Cabinet and front bench.

The diversity of genders, and of cultures, in the new Government really is truly something to celebrate.

It is important that each and every one of us should feel represented by the people who lead us and, hopefully, inspire us.

After the last two years of uncertainty, nationally and globally, many of us feel a little shaky about our direction and that of the country and the world. We want our issues, and that of the future, to be considered by people who recognise our concerns as well as our goals.

I am looking forward to action on climate change, gender equality, healthcare and education, and I will be holding the people we voted for accountable.

If there’s anything I’m learning from this, it’s to never cease to dream big.

Here’s looking at a record number of women in power

Get ready for women to have a greater voice in Cabinet.

A  record 10 positions out of 23 have gone to women, the largest number who have ever served in an Australian Cabinet.

This compares to a 30.4 percent female Cabinet under the previous government

Across the ministry there are 13 women, while 19 have been appointed to frontbench positions, also a record, says Prime Minister Anthony Albanese.

Sure, we’re still a little way behind gender-balanced countries like Canada, New Zealand and even Rwanda.

But I’m excited about what is definitely progress in gender equality in politics where we have the building blocks to challenge the status quo and draw on the expertise, viewpoints and experience of women.

Those holding some of the most senior positions include Foreign Minister Penny Wong, who has already got to work brokering better relationships in the Pacific; Finance Minister and Minister for Women Katy Gallagher, and Minister for Environment and Water Tanya Plibersek.

Congratulations to all of them.

If female voices being heard more often on key issues isn’t enough good news for us all, how about the fact that two Muslim ministers are being sworn in for the first time – Anne Aly in the Early Childhood Education and Youth portfolios and Ed Husic for Industry and Science.

The Prime Minister has said: “What we should do is seek to reach out and to be an inclusive society and how we conduct ourselves is very much a part of that.”

Diversity and innovation are now in play more than ever and I couldn’t be more excited.

For a full list of Ministers go to  https://www.pm.gov.au/media/albanese-government-full-ministry

Okay, so women are kicking the proverbial in Government overall, but if you want to get really inspired, have a look at what is happening in Queensland.

Premier Annastacia Palaszczuk has recently proudly tweeted that it’s the first state in Australia to have women in all of the highest executive, legislative and judicial positions.

She gave herself an applause emoji, but I’m giving her an extra one too.

Hilariously, the Premier has told  The Courier Mail how she recalls being in a fairly senior role in Canberra and, as the only woman in the room, how someone tried to give her their coffee order.

But it is Young’s comments about how men as well as women have supported her and others to rise to power that really resonates with me.

“This hasn’t happened by accident,” she told the paper. “We are travelling in the footsteps of other Queensland women. Look at Anna Bligh, Leneen Forde, Dame Quentin Bryce, we had the most brilliant women to pave the way, and then look at our current Premier, and her path to where she is.”

Young adds: “I actually think it was the progressive men in Queensland who did it (helped women assume power), the ones who mentored those women, because we needed men to step up and commit to this, not just as tokenism.

“Men like (former Queensland premier) Wayne Goss, who appointed the first female governor. Or Peter Beattie, who made it very clear he was mentoring Anna Bligh, and was responsible for appointing Dame Quentin as Governor of Queensland.”

We all need male, as well as female, mentors who encourage us to go for our goals.

While the cost of living is way up, and the global economic outlook continues to be volatile, there is definitely good news for anyone looking to buy a home.

Australia has recorded its first overall fall in house prices since September 2020.

Does this balance out the huge rises during the pandemic – no! Is it a step in the right direction for housing affordability – yes!

Investing in real estate is a significant way to build your wealth portfolio, balanced with other assets such as superannuation and/or a separate share portfolio.

According to CoreLogic and Real Estate Australia’s PropTrack, prices have falls 0.1 percent nationally with Sydney, Melbourne and Canberra leading the falls.

For those looking for a sea or tree change, it should be noted that affordable, lifestyle regions of Brisbane, Adelaide, regional NSW and Tasmania continue to see solid growth.

If you’re thinking about buying, it’s likely that rising interest rates will continue to put downward pressure on some prices.

Watch the market and keep saving to invest.

It seems to have taken up metres of social media space.

But the court action by Johnny Depp against his former wife Amber Heard for defamation has finally come to an end.

What a circus it has been with, no real winners, although the court has  found overwhelmingly in Depp’s favour awarding his US$15 million in damages to offset the impact of a Washington Post article in which Heard referred to herself as “a public figure representing domestic abuse”.

Some critics say that this type of publicity is a step back to taking abuse victims and cases more seriously whereas others see this as a step forward to doing just the same.

Depp has said the decision has given him his "life back" while Heard, who will receive $US2 million in compensatory damages, has described it as a "setback" for women.

What exactly happened during their marriage, apart from bitter confrontations, is unclear.

Ultimately, this case begs to ask the question, are women not being heard, or is it highlighting the fact that men, too, are victims of domestic abuse?

See footage of the video and the couple’s reaction  here.

Across social media, there has been a wave of support among abuse victims who have shared their experiences with each other, regardless of gender. Of this I am truly supportive.

Remarkable community, we must band together, take the opportunity to participate in civil discourse and support what is right and just.