Founder's Weekly 1st Apr 2022: Are you a winner in the 2022 Budget? Plus let’s hear what Jada Pinkett-Smith has to say 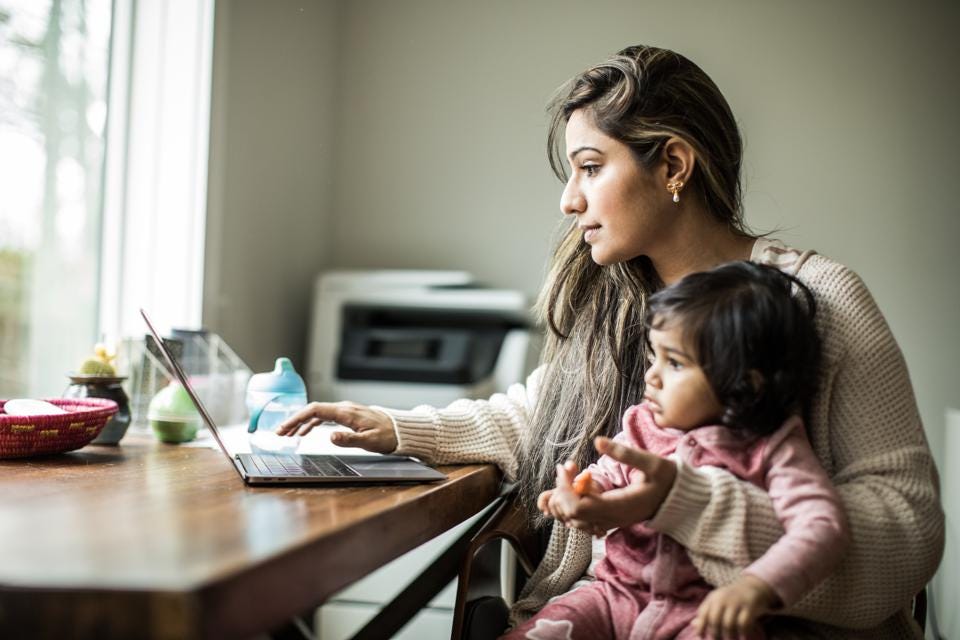 Did women win in the 2022 Budget delivered on Tuesday? That’s the question all women are asking.

I think political journalist Annabel Crabb summed up the result very well when she said: “The Budget was full of treats and nice things that also, very possibly, will not happen”.

This is either because the Government will lose the next election before the money is due to be doled out or, says Crabb. The fine print is vague.

Knowing how our Government does, or doesn’t, support women is crucial to our way forward.

Toxic masculinity was on full display at this year’s glittering Oscars’ ceremony.

It was confronting to witness actor Will Smith behave violently towards host Chris Rock after the comedian made a poorly judged joke about “his wife” that was related to her shaved head because of  alopecia.

But there’s something else that has been bugging me about the whole #WillAndChris situation.

While Jada Pinkett Smith clearly wasn’t happy with the “joke” made, no-ones talking about her or to her.

Her expressions echoed Grace Tame's stance on a refusal to play nice. I respect that.

But Smith’s reaction has taken her voice away.

When a defence is about “my wife”, it speaks more about ego and possession than keeping the focus on her.

Whenever I’ve been defended in this way, I’ve felt the opposite of supported.

I’ve felt disempowered and had my agency and individualism reduced to simply being someone’s ‘other’.

I’d like to hear what Jada Pinkett-Smith thinks, not just about the joke, but about women’s rights to defend their own dignity.

Are women really winners in the Budget?

Following #Metoo action in Australia and this Government’s real lack of understanding and commitment to tackling problems such as sexual abuse,  only 37% of women say they would now vote for them.

That figure, and Scott Morrison’s need to win women over, is no doubt behind some of Treasurer Josh Frydenberg’s Budget commitments that would be enacted post-election.

Headlining them was $1.3 billon to be spent on women’s safety, around one-third of the $3.7 billion to be spent on fast rail, because getting somewhere quickly and conveniently is obviously much more important than being safe in your home or on the street.

In our workplaces, $482 million has been set aside “to help women advance their careers and improve their economic security”.

This includes $38.6 million over four years for support for women starting trades on the national apprenticeships’ priority list, and $40.4 million to create “pipelines” for women to progress into board and leadership positions, including as sporting coaches and managers.

While Scott Morrison has made a big deal of progress in getting women on more government boards – they held  49.6% of positions on a total of 342 government boards in 2020-21, he has not been so keen to talk about the fact that only  26 per cent of public board seats are held by women.

Dare I suggest, in the wake of Brittany Higgins’ explosive allegations, that could be easily used up at Parliament House alone.

The Budget also claimed the “gender pay gap continues to narrow” but acknowledges “there is still more work to do to progress women’s economic security”.

The gap currently sits at 13.8 per cent, with women earning around $255.30 per week less than men, continuing to be in lower paid jobs, and worse off financially than men after having and raising children.

Some better news: the two weeks of "Dad and Partner Pay" and 18 weeks of "Parental Leave Pay" will now be combined, meaning parents can choose to split the leave between them.

Single parents (around 8 in 10 of them women) will also be able to access the full 20 weeks of leave.

Has this Government truly heard men and women who want gender equality in Australia? A May election will tell.

Economist and former Labor Party politician Craig Emerson has called out the Government on its Child Care Subsidy in a  stinging editorial in the Australian Financial Review.

Reducing the punishing workforce disincentives inflicted by the subsidy would increase workforce participation, he says.

Emerson has also called for greater government support for families with childcare costs which would also ease cost-of-living pressures for working families.

Perhaps with a push from Jenny, who herself has suffered from endometriosis, the Prime Minister has finally committed to doing something more about pelvic pain.

The Government will spend $58.3 million over the next four years towards helping women with endometriosis if it gets elected,  an increase of .05% in funding.

This rather modest figure includes $16.4 million for a specialised clinic in each state and territory, $25.2 million to cover the cost of MRIs under Medicare and $5.1 million to develop an Endometriosis Management Plan.

Let’s compare this cash splash with the $652.6 million in the next four years to extend the ATO’s Tax Avoidance Taskforce operation!

That said, we have been campaigning strongly for action on endometriosis and we welcome any additional funding, no matter how small.

The federal government has also promised to fund genetic testing for couples planning a pregnancy from November 2023.

About 1 in 20 people are carriers of at least one of them, with many not aware until they are tested.

The announcement follows years of lobbying from Rachael and Jonathan Casella, after their daughter, Mackenzie Casella, was diagnosed with spinal muscular atrophy and passed away at the age of seven months and 11 days.

My condolences to them and also my respect for the work they have done that will sincerely help other people in our community.

Other promised women’s health initiatives include:

We’re all in this together,
Shivani