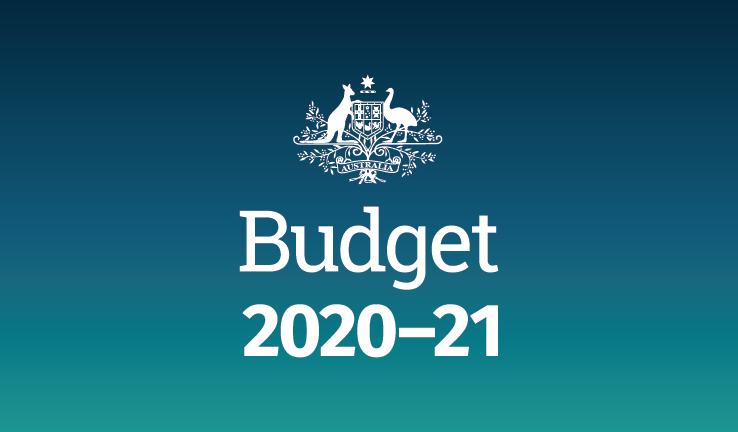 "It's a budget that misses the idea that we live in a society, not an economy."

This week, I’ll be covering the newly-released 2020 Budget and what it means for the women of Australia, as well as Labor’s proposal to reform childcare and make it more affordable for all Aussies. Finally, I’d like to raise a glass to Kamala Harris – who embodied the frustration that so many of us women experience in the workplace.

The 2020 Budget and how it fails women

So, knowing all of this, how much of the $500 billion has been allocated to support women’s ability to participate in paid work and achieve financial security? $240 million. That’s right 0.038% of the Budget has been allocated to increasing jobs for women in male-dominated industries over the next five years.

Compared to the $26 billion allocated to businesses to write off the value of assets, the $250 million spent on recycling and $61 million put towards school chaplains, this amount is a slap in the face. If we break it down, it amounts to $40 per female worker, or $8 a year, until 2025.

Dubbed the most important budget since WW2, the budget for all Australians has seemingly missed half of its population; women. Treasurer Josh Frydenberg singled out women in his budget speech, correctly noting that women made up the majority of jobs during the crisis, following which he introduced the second “Women’s Economic Security Statement”.

And yet, looking at the specific policies, we see the following:

- Childcare: no new funding except for providers in Victoria
- Paid Parental Leave: slight tweaks to eligibility criteria
- Domestic Violence: no new funding
- Older Women: no funding. The JobMaker hiring credit only supports employers hiring workers aged 35 and younger.
- Women in STEM: Just under $40 million towards programs to encourage women and girls to pursue careers in STEM (however, this is mostly directed to women already in jobs).

"[It was] striking there was so little in the budget for women."
- University of NSW professor of economics, Richard Holden

"It's a budget that misses the idea that we live in a society, not an economy. The lack of attention to social relations, childcare, older men and women is a real disappointment."
- University of Sydney professor of gender and employment relations, Marian Baird

“The federal budget has absolutely nothing for older women.”
- Manager of the Older Women's Network NSW, Yuni Lee

“The budget has neglected women from the cradle to the grave.”
- Australian Services Union NSW branch secretary, Natalie Lang

Simply put, there’s been no gender lens applied to the budget. There’s been no recognition, appreciation or consideration that women have been significantly adversely affected by COVID, and how this will impact us for decades to come. Sure money is limited, debt is at an all-time high, and we can’t support everyone. But when apprentices, a male-dominated role, are awarded $1.2 billion in subsidies, surely there’s scope for the actual economic security for women?

After reading through the 2020 Budget, it was a huge relief to hear Labor’s Federal Budget reply. In direct contrast with the proposed budget, the party chose to make women a priority and addressed the dire economic reality that we’re facing.

“Women are the key to kick starting our economy again. In the worst recession in a hundred years, we have to make sure women aren’t forced to choose between their family and their jobs. We can’t just let fees and out-of-pocket costs keep skyrocketing. Labor has a plan to put more money in the family budget and help women get back to work, quickly. Working mothers should be able to afford child care for their kids. It’s as simple as that.”

Labor’s proposed plan, the Working Family Childcare Boost, addresses the fact that our country’s childcare fees are some of the highest in the world. Under this policy, they would scrap the $10,560 childcare subsidy cap, lift the maximum childcare subsidy rate to 90%, and increase child care subsidy rates and taper them for every family earning less than $530,000.

It means that 97% of all families in the system will save between $600 to $2,900 a year, and no family would be worse off. More importantly, Albanese clearly states a crucial fact. “It’s not welfare. It’s structural reform.”

I’m especially impressed by the fact that these aren’t just empty proposals. There’s also a plan to measure and pursue these changes. Under the Working Family Childcare Boost, the Productivity Commission would conduct a comprehensive review of the sector with the aim of implementing a universal 90% subsidy for all families, and the ACCC would design a price regulation mechanism to shed light on costs and fees, as well as examine the relationship between funding, fees, profits and educators’ salaries.

This plan, bold as it may seem to some, is exactly the thing our country needs if we are to thrive.

Wednesday night’s VP debate between Kamala Harris and Mike Pence may have been more civil than the presidential debate, but it still had its moments.

Most notably, Pence’s constant interruptions were hugely familiar to women all around the world. I’m pretty sure that every single one of us has experienced the frustration that comes with being interrupted while we’re speaking. We all know what it’s like to have a man talk over the top of us while we’re trying to make our point.

However, Ms Harris handled these interruptions with grace and equanimity. Every time Pence spoke over the top of her, she simply reiterated, “I’m speaking”.

It’s a simple but clear response. It’s also one that avoids coming across as aggressive - a trait which is unfairly attributed to women who simply assert their rights. While it’s frustrating that Ms Harris needs to tiptoe around the issue (wouldn’t it be great if she could just say “Stop interrupting me”?), it’s also a stark reminder that we women need to walk that careful line between being assertive and aggressive.

I’m sure I don’t need to tell you that women interrupted more often than men. For example, a 2014 study found that speakers tended to interrupt more when speaking with a woman rather than a man. A later study of Supreme Court Justices in 2017 also found that male justices interrupted female justices 3 times more than they interrupted each other.

A man talking over the top of a woman is seen as a matter of course. On the other hand, women who interrupt are penalised more harshly than their male counterparts. According to Deborah Tannen, a linguistics professor at Georgetown University, "when women talk equally to men, they're perceived as talking more - presumably because people expect them to speak less.”

That’s why, with all these factors lined against us, I really do have to commend Ms Harris. With two simple words, “I’m speaking”, she showed women all around the world that it’s ok to speak, and that we should not allow ourselves to be silenced.