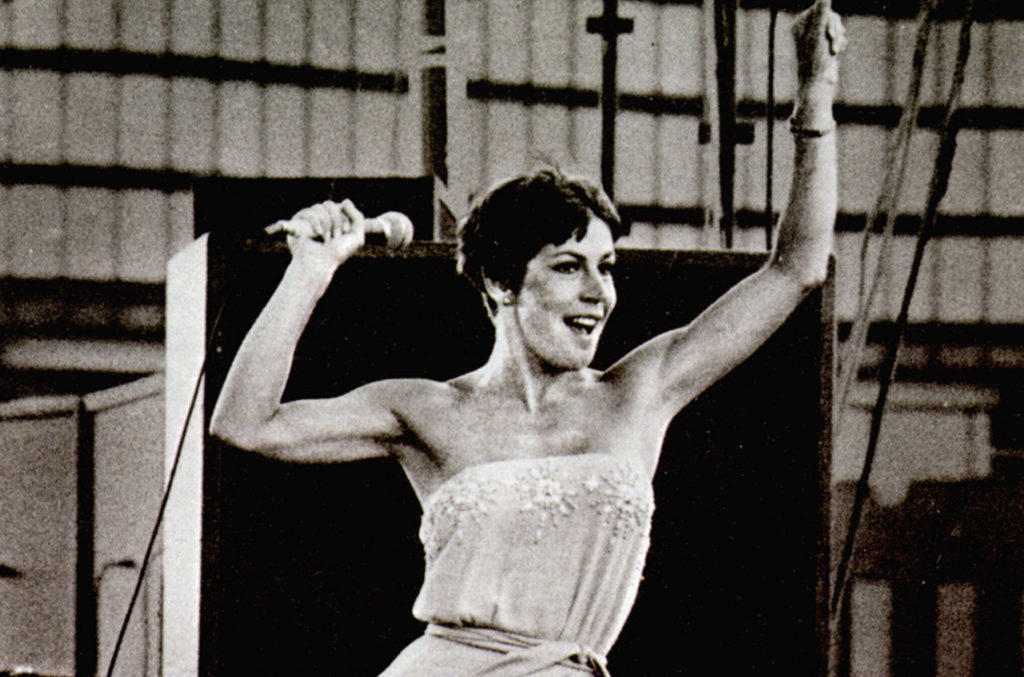 Oh yes, I am wise

But it's wisdom born of pain.

But look how much I gained.

If I have to, I can do anything.

This week, I’d like to look at HESTA’s plans to increase the representation of female leaders in executive roles in the ASX200, compare the stark difference between the US and NZ presidential election debates, and celebrate the life of Helen Reddy.

In exciting news, HESTA superannuation fund has partnered with Australian fund managers who are responsible for more than $1 trillion in funds under management. The goal? To lobby ASX200 businesses to place women in at least 40% of executive jobs.

They’re calling it the 40:40 Vision Campaign, and it’s been backed not only by HESTA, but other companies like IFM Investors, Aberdeen Standard Investments, BlackRock Australia, Ellerston Capital, Fidelity International, First Sentier Investors, Pendal Group and WaveStone Capital. The Australian Council of Superannuation Investors, Chief Executive Women, the Workplace Gender Equality Agency and the 30% Club have also pledged support to the campaign.

After the news was announced, Liberal MP Tim Wilson sent 25 questions on notice to super funds asking about plans for their own gender quotas and greenhouse gas emissions and within their investment portfolios. HESTA chief executive, Debby Blakey, also sent a letter to ASX200 companies informing them that HESTA would be the upcoming annual general meeting season with emissions, fair executive pay and gender parity in mind when voting.

Simply put, we need a bigger pipeline of female leaders, from team leadership, all the way through to senior execs, CEOs and board members. And after years of non-progress, this initiative doesn’t just measure equality – it also adds accountability and the weight of investors behind it in terms of keeping companies on track. We know that ‘money talks’. It’s not just what gets measured that gets done, but also what is either incentivised or penalised. By having investors working with ASX200 companies, the heat of the incentive or penalty will surely be felt.

A comparison of election debates

I’m sure I wasn’t the only one who caught the US presidential election debate yesterday. I’m sure I also wasn’t the only one that watched in absolute disbelief as it descended into chaos. Similar to watching a train wreck, viewers around the world simply couldn’t look away from what has been described as “an absolute shitshow”.

From Trump refusing to denounce white supremacist groups and launching personal attacks on Biden’s son, to Biden finally exploding and telling him to “Shut up!”, it’s clear that very little of substance was discussed. And even if it were, we probably wouldn’t have been able to hear it as both parties continued to speak over the top of each other.

Now, head to the other side of the world and take a look at the election debate in New Zealand, between Prime Minister Jacinda Ardern and Opposition leader, Judith Collins.

The debate was spirited, but it never devolved into a shouting match. Neither women decided to start slinging personal insults or ranting about unrelated matters. Instead, the women debated a referendum on legalising recreational marijuana use. Ardern promised to declare a climate emergency while her opponent Collins argued for tax cuts and economic growth.

While they disagreed on many things, the women also agreed on issues such as free feminine hygiene products in schools and gender-neutral toilets, as well as possibly endorsing a travel bubble with Australia. At one point, they even shared a laugh together.

The difference between the two debates could not have been more stark. It’s a reminder that it actually is possible to argue with your opponent while maintaining a basic level of mutual respect – a reminder that US White House desperately needs.

Oh yes, I am wise

But it's wisdom born of pain.

But look how much I gained.

If I have to, I can do anything.

I know that many of you reading this will be singing along to yourselves upon reading these lyrics. Sung by Helen Reddy, I Am Woman was (and still is) the soundtrack for women all around the world. It was a clarion call that we wouldn’t be defeated. That we could never be broken. That we would rise up, no matter what, and shout from the rooftops.

And so, I want to pay tribute and commemorate the passing of the indomitable Helen Reddy. This truly remarkable woman sold tens of millions of albums worldwide, becoming the first Australian to make it to the top of the US charts. She headlined American television shows, appeared in stage musicals and starred in movies.

And throughout all of this, she battled health, having a kidney removed at the age of 17 and was then diagnosed with the rare and incurable condition Addison's disease at the height of her fame, before becoming a patron of The Australian Addison's Disease Association.

So today, let’s all raise a glass and toast Helen Reddy. The woman who will always remind us that we can face anything.